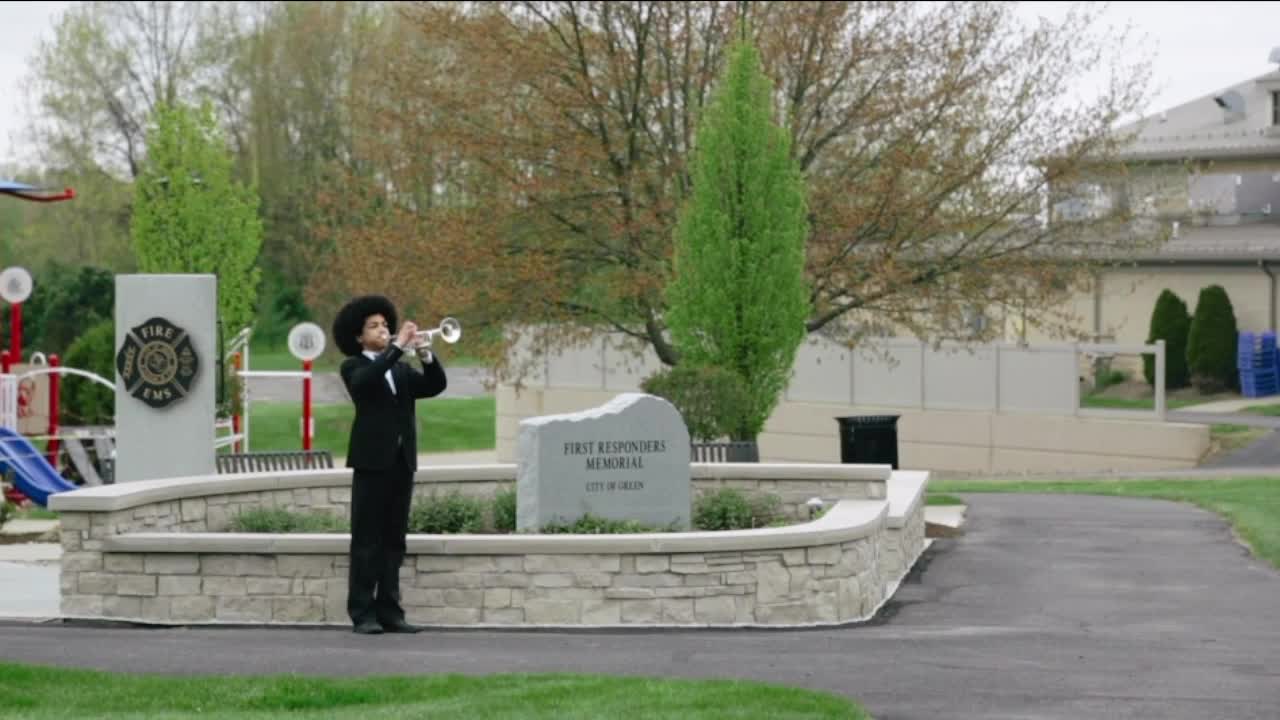 The annual Green Memorial Day Parade will not happen on Monday. Neither will the emotional service at Veterans Memorial Park. But city leaders didn't want social distancing to stop people from remembering the sacrifices of our military heroes. 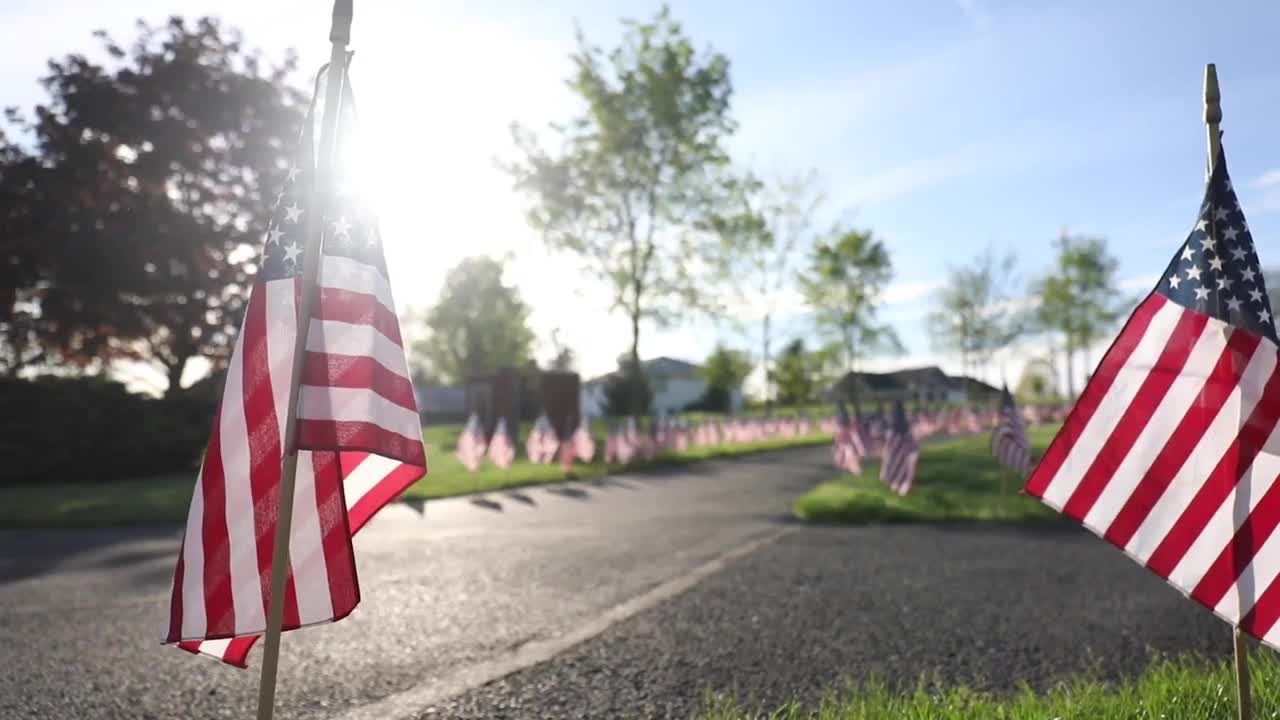 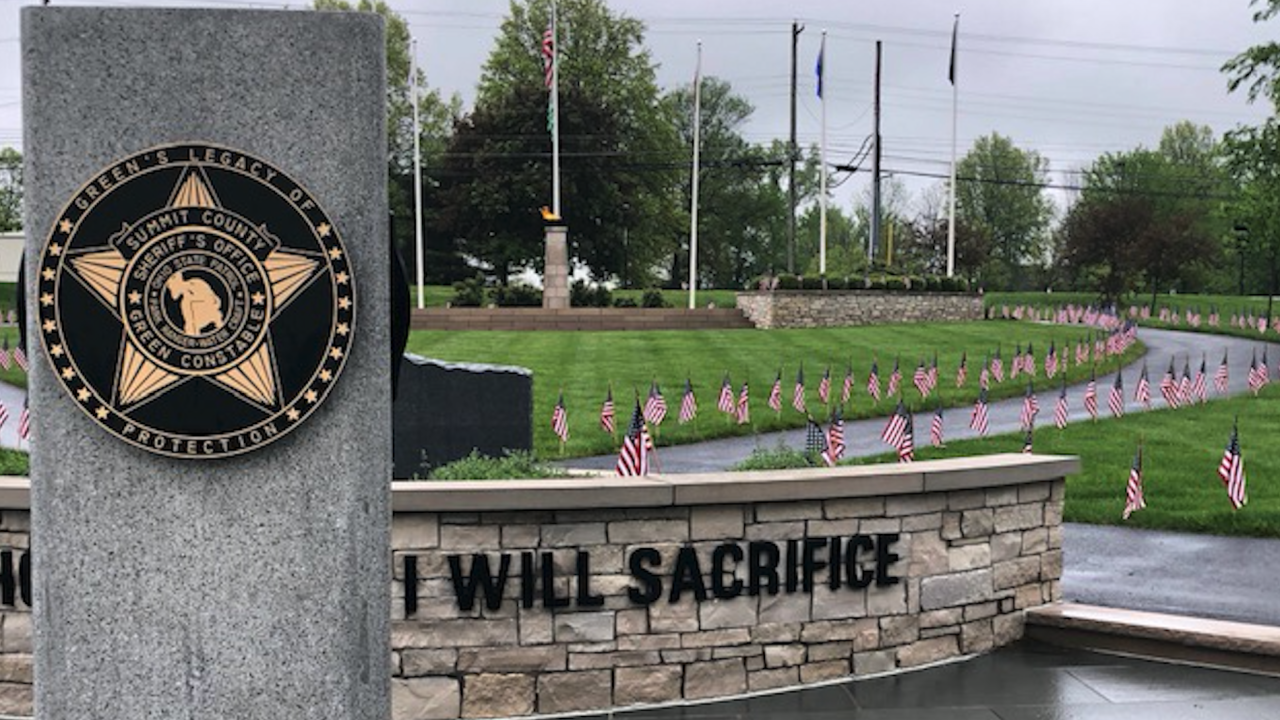 GREEN, Ohio — The annual Green Memorial Day Parade will not happen on Monday. Neither will the emotional service at Veterans Memorial Park, but city leaders didn't want social distancing to stop people from remembering the sacrifices of our military heroes.

Due to the COVID-19 crisis, Green and many other Northeast Ohio cities were forced to cancel holiday services.

On Thursday, Green released a touching video that features two Green High School buglers playing taps, along with messages from several local veterans. Some of them were recorded inside nursing homes.

Watch the video in the player below:

All of them sent well wishes to residents over the holiday weekend, including Al Petit and Roger Judy.

Mayor Gerard Neugebauer, who spoke in the video about duty, sacrifice and patriotism, said he was touched by the comments made by the vets.

"As we know, so many of the WWII veterans, there are not many left, and so it's really special to hear from some of these veterans," Neugebauer said.

In the video, first responders and healthcare workers are also recognized for their war on the "invisible enemy" during the pandemic.

"They are risking their lives in a sense to help the community through this pandemic," the mayor told News 5.

In addition to the video, the city is offering other ways to recognize Memorial Day.

Residents have been invited to "chalk the walk" along the traditional parade road, which includes parts of Boettler Road, Massillon Road and Steese Road. The city is encouraging patriotic drawings or messages thanking service members and heroes.

Several volunteers planted hundreds of American flags along that route on Thursday, including Nathan Smith, who is heading into his senior year at Green High School.

"It means a lot to know that there are people still fighting for us and so we've got to remember them," Smith said.

Green also released a Memorial Day coloring page for children and families. The page can downloaded and printed by clicking here.