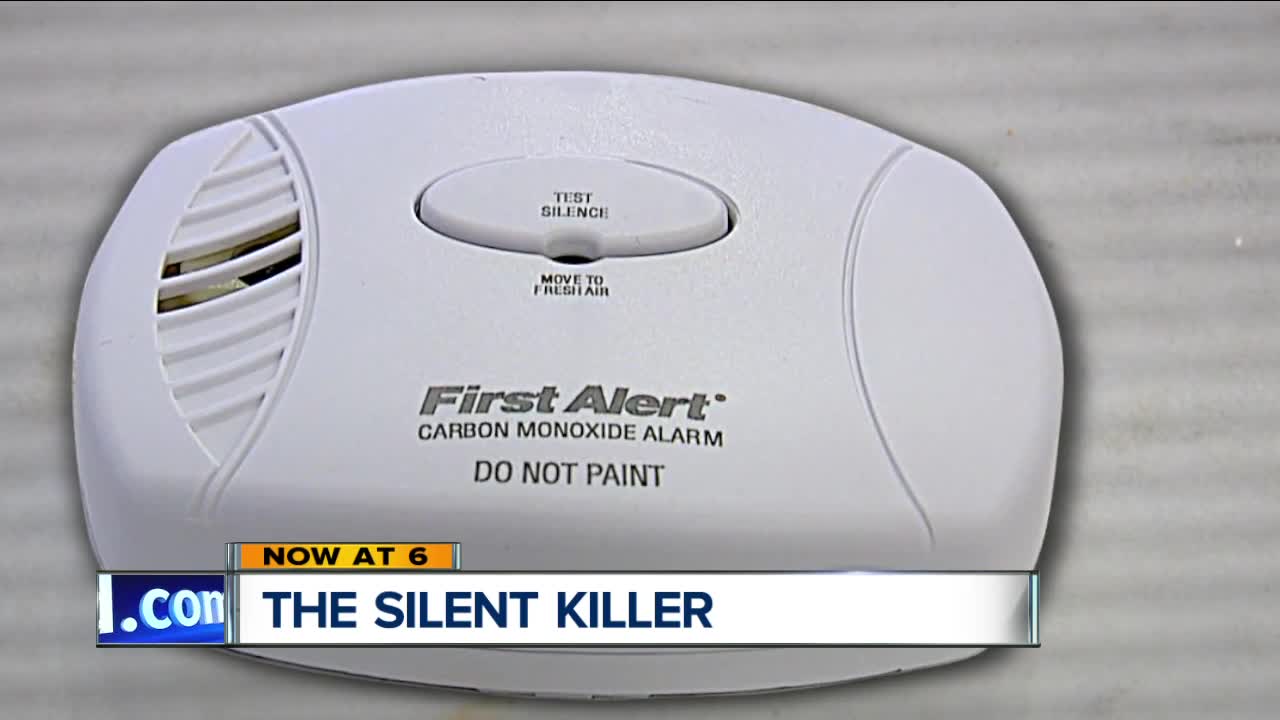 A Wooster mother credits a carbon monoxide detector, which she received from the police department, for saving her family. 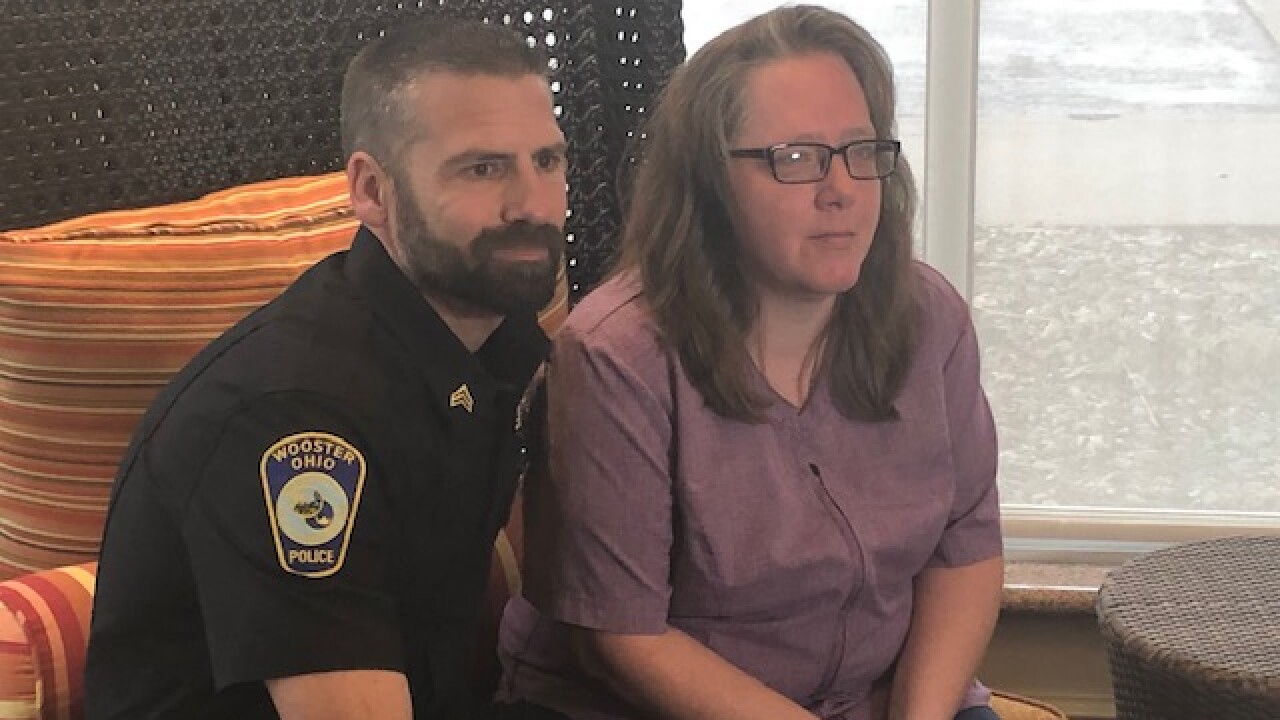 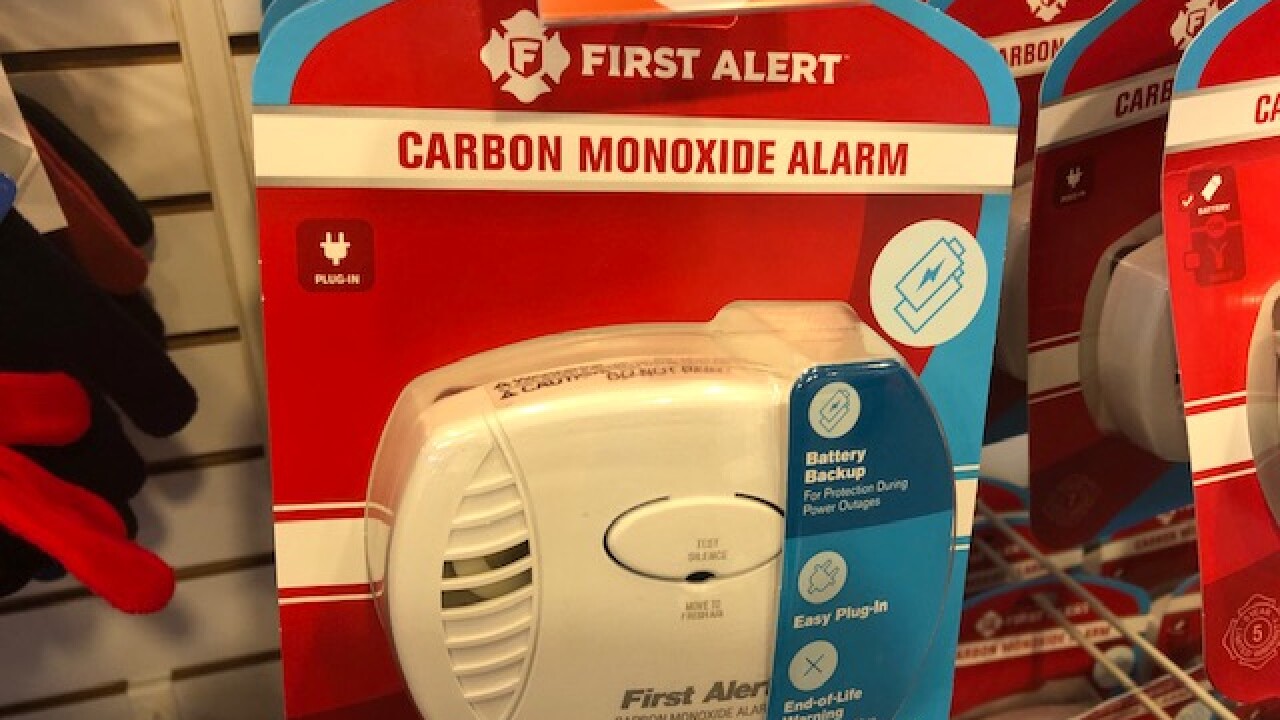 WOOSTER, Ohio — A Wooster mother credits a carbon monoxide detector, which she received from the police department, for saving her family.

"If the carbon monoxide (alarm) did not go off, I believe I would not be here today or my daughter and I'm thankful for that," said Danyelle Swain.

Last month, Swain and her 8-year-old daughter, Elizabeth, were asleep inside their apartment on Larwill Street when the detector began beeping. Swain's two sons were staying at a relative's home that evening.

"It scared me. I didn't know where it was coming from," Swain said. "At first, I thought it was the smoke detector."

Swain called the fire department and got her child out of the apartment.

According to Swain, firefighters told her the tasteless and odorless gas was coming from her downstairs neighbor's furnace. The neighbor was not at home.

Firefighters told Swain the CO level in the basement was 1,000 parts per million. Experts say sustained CO concentrations above 150 to 200 ppm can lead to disorientation, unconsciousness and death. According to the CDC, more than 400 people die from accidental CO poisoning each year and another 50,000 people are sickened by it.

"I could not be sitting here right now. It's a big possibility," Swain said.

Swain received her CO detector in 2017 as part of giveaway to help those in need. Wooster police incorporate the detector donations with toys and clothing that have been donated through the Stuff the Cruiser campaign.

Families are referred to police by Wooster schools. The detectors are donated by Lowe's.

Preventing tragedies is very personal to Wooster police because Megan Keller, who was an evidence custodian for the department, and her husband, Cody, died from CO poisoning inside their home near Mansfield in November of 2017.

Police have handed out hundred of alarms since 2017 and Jewell was touched by Swain's story.

"It was neat to be able to hear that the fruits of our labor are actually paying off, that we were actually able to save somebody," he said.

Along with the detector, families get a slip of paper with a unicorn on it because Megan loved the mythical creature. The note reads, "Install this detector next to your loved ones bedrooms to help protect them as they sleep and keep Megan's memory alive."

The police department will give away most of the remaining toys and detectors next week to families who are referred to them. Items remaining will be handed out in future years.

Police are accepting new toys until December 15 at the department located at 3333 Burbank Road.