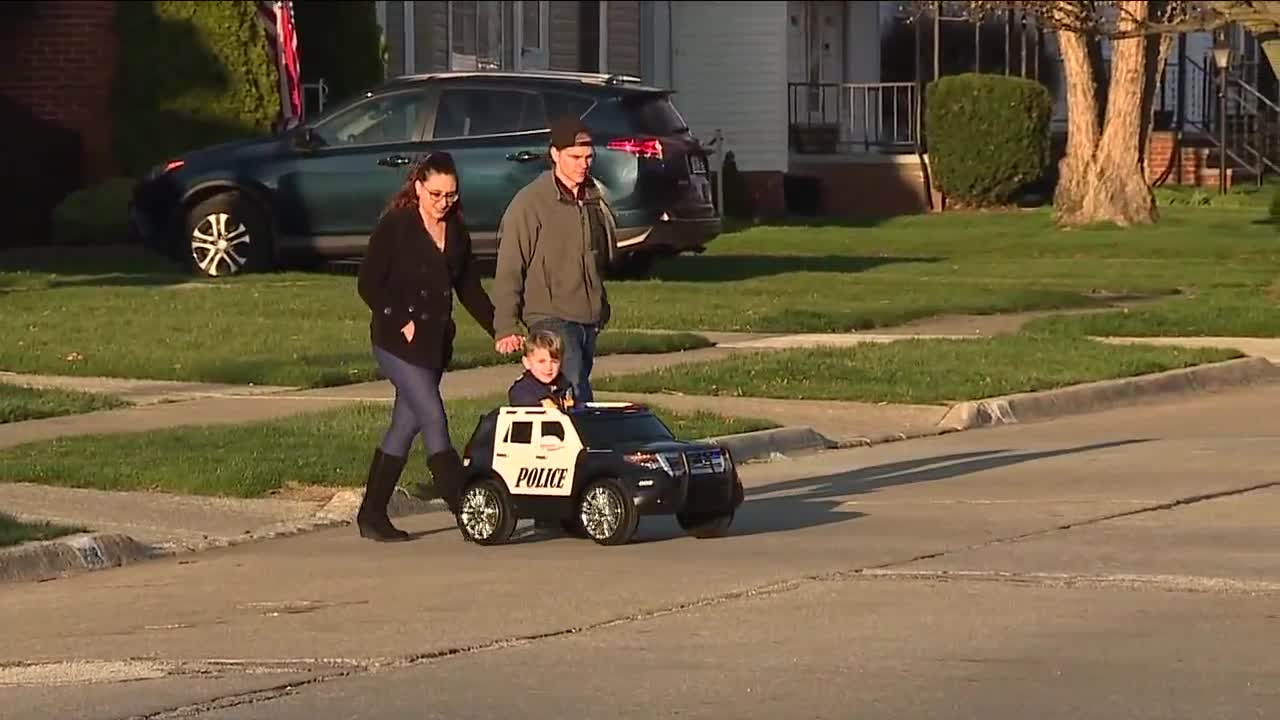 PARMA, Ohio — Faith in humanity is restored for a family in Parma.The community there came together while facing its own health crisis to help a little boy get back behind the wheel of his prized possession.

A massive downpour last week tried to wash away his happiness, but what 5-year old Leo Taylor got instead was a flood of well wishes and financial support to replace his favorite toy.

"He was actually devastated when he found out it was gone. It restores your faith in humanity," said Mark Taylor, Leo’s dad.

Leo's beloved police cruiser made it through the storm.

"Everything else got ruined in the flood. We thought we could dry that out and fix it for him," said Gabriella Abraham, Leo's Mom.

But within minutes of bringing it into the front yard to dry out it disappeared.

"I don't know why someone thought it would be a good idea to pick it up and go but they did," said Taylor.

With a son left sad and confused, Taylor turned to Facebook.

"Hey, if anyone sees this, let me know," said Taylor.

That post, which received more than 300 shares quickly turned into a fundraiser to buy Leo a new police cruiser.

"Everyone in the city just started donating money," said Taylor.

The amount of money that poured in left Leo’s parents stunned.

"They raised over $800. Take time and money and effort to make a little boy feel better, it really restores your faith in humanity," said Taylor.

After replacing the cruiser and Leo's hoverboard, there was money left over.

"You don't just want to get something for nothing, you want to be able to give back," said Taylor.

And that's exactly what the family did.

"Leo actually got to go do it so that was good for him to give back too because he got something out of it," said Abraham.

They dropped off bagels and donuts to those in Parma on the frontline of the fight against the coronavirus.

“We donated to all the fire stations, the police station and the hospital," said Abraham.

With Leo now reunited with his favorite ride, the joy he's experiencing thanks to total strangers is what his dad says we should all be trying to share.

"The world is crazy right now, but this is even more of a time to step up and help each other. That's the only way anyone is going to get through anything," said Taylor.