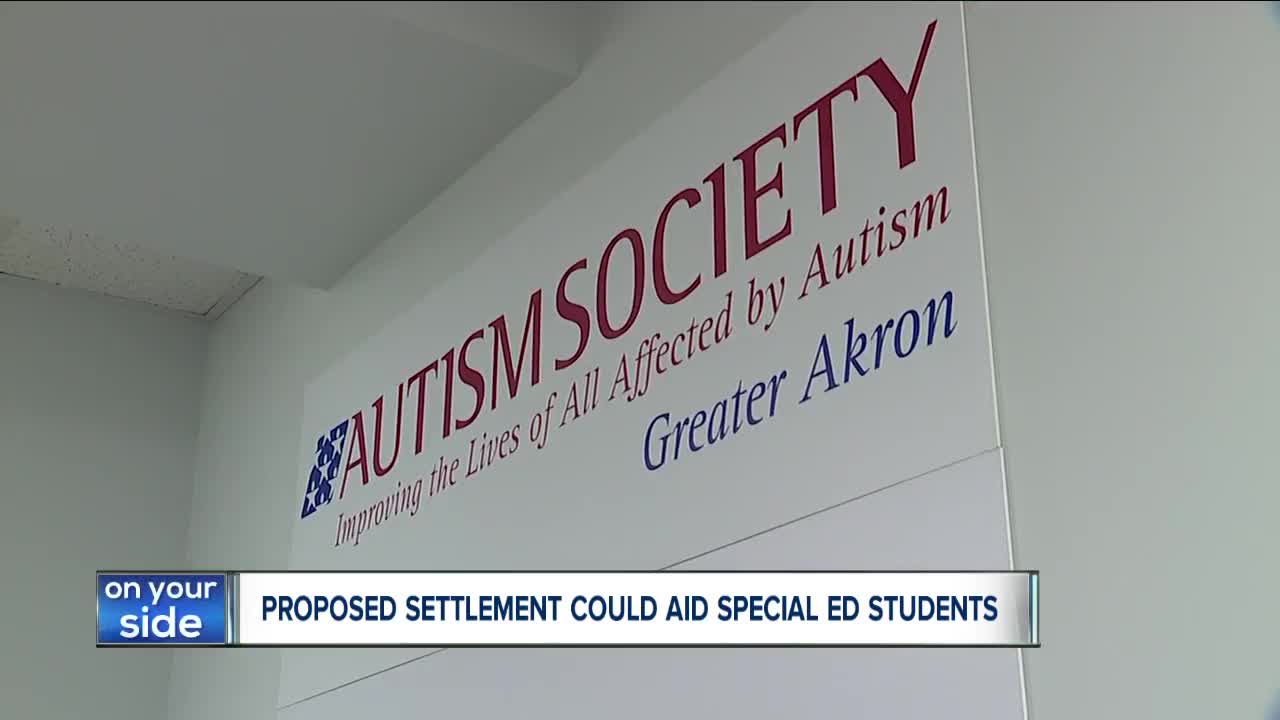 The state of Ohio could soon be investing resources and money into special education in public schools, if a settlement for a 1993 class-action lawsuit is agreed upon and implemented in the next few months. 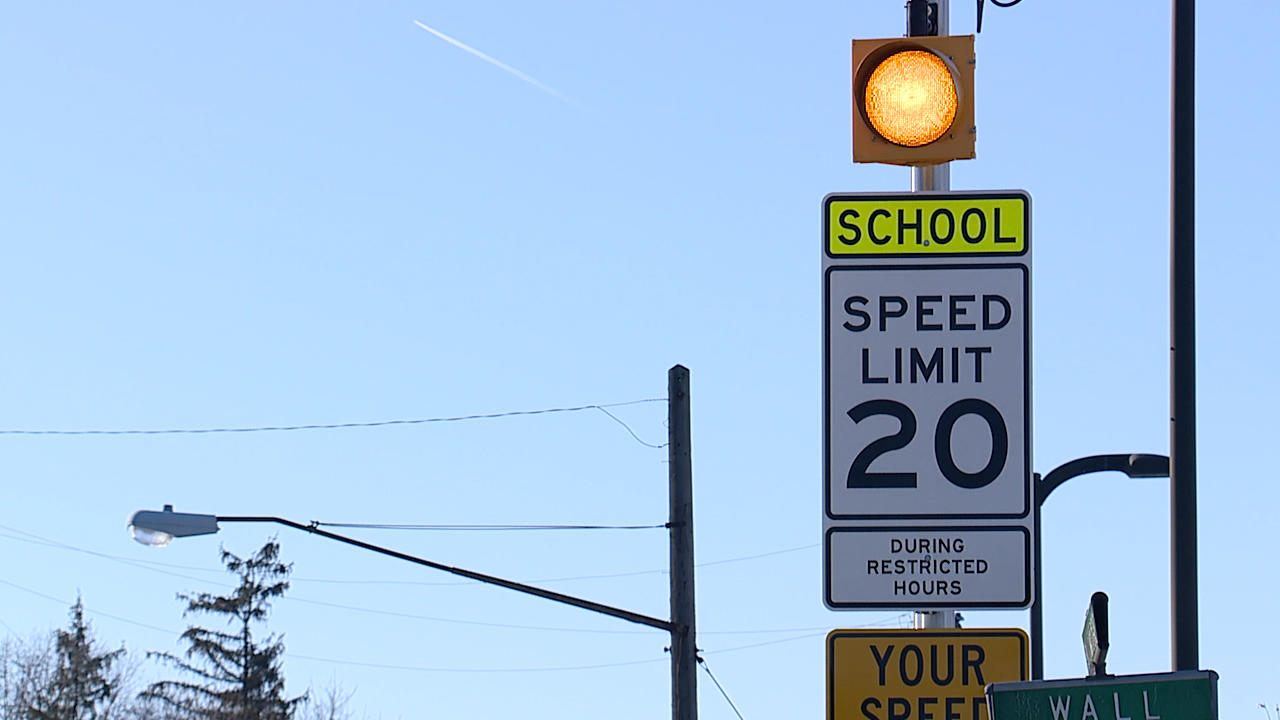 AKRON, Ohio — The state of Ohio could soon be investing resources and money into special education in public schools, if a settlement for a 1993 class-action lawsuit is agreed upon and implemented in the next few months.

The lawsuit, Doe v. State of Ohio, claims the state did not provide necessary support to school districts to make sure special education students were getting the education to which they’re entitled under a federal law called the Individuals with Disabilities Education Act. In Ohio, there are more than 250,000 students with disabilities.

Disability Rights Ohio, which is acting on behalf of the class, along with the Judge Bazelon Center for Mental Health Law and the law firm of Steptoe & Johnson, said data from experts it worked with showed high rates of segregating students with disabilities away from general education classrooms, as well as poor academic outcomes.

“Unfortunately, there is an enormous achievement gap between typical students, students without disabilities, and students with disabilities,” said Kerstin Sjoberg, director of advocacy and assistant executive director for Disability Rights Ohio.

This was especially true in some of the larger urban districts, such as Cleveland, East Cleveland, Akron and Canton, which will require extra support in the settlement agreement.

“That’s not because students with disabilities can’t achieve at the same level,” Sjoberg said. “All but the very most significant intellectual disability, which the federal government has deemed as basically less than one percent of students with disabilities, should be able to achieve at the same level as their peers, on average, of course, every student’s different, and there shouldn’t be this gap.”

The settlement agreement has gotten preliminary approval from a judge in the U.S. District Court for the Southern District of Ohio, according to Disability Rights Ohio, and if it’s approved, the settlement will be in effect for five years. Class members include children ages 3 to 21 who are enrolled or seeking enrollment in Ohio’s public school system who have a disability that makes them eligible to receive special education services. They and their parents now have an opportunity until January 14 to submit comments on the agreement before the judge holds a fairness hearing in mid-February.

Laurie Cramer is the mother of a 19-year-old with severe autism, Philip. Philip attended public school for preschool for two years before his parents pulled him, feeling he wasn’t making enough progress. He then attended the Cleveland Clinic Autism Center for two years and returned to public school for kindergarten through seventh grade. At that point, his parents decided to put him in a private school for children with autism, where he’s remained ever since.

“We just were seeing a lack of progress academically and behaviorally,” Cramer, who is the executive director of the Autism Society of Greater Akron, said. “What we gained or have gained in a lot of those academics, he regressed socially going into a private school just for children with autism, because he’s no longer around his peers."

Cramer said she would have preferred to keep her son in public school, but he wasn’t getting the support and intervention he needed.

“The social trade offs are big, there’s a big difference there, and I also think a level of independence from having to navigate a little bit more,” Cramer said.

She said training for teachers and school personnel would help, as would classroom support and therapists who can provide tools and information people need. And, she said, students with disabilities should be integrated into classes with their peers whenever that’s possible.

“It’s decided by what’s best for the student, but we’ve got to be able to serve each student and that helps them progress in the way that meets their needs,” Cramer said.

Since Philip has severe autism, she said he will likely end up with a job that requires him to do rote, repetitive tasks, and that’s the type of work for which his private school is helping him prepare, working on transitioning him from school to the workplace.

“It has made a tremendous difference,” Cramer said. “He is the best little worker you will ever see.”

Intervention, Cramer said, has made a huge difference.

“Investing in early intervention really does pay off in the long run,” Cramer said.

Akron Public Schools is one of the larger urban districts receiving extra attention in the settlement agreement. Tammy Brady, the director of special education for the district, said that things have improved a lot for students with disabilities since the 1990s, though there is still a long way to go.

"Back in that time, many of our students across the state were perhaps in self-contained classrooms or not participating as much with their general education peers,” Brady said. “That really is not the case right now."

“Most of our students with disabilities are educated in the general education population for most of their day,” Brady said. “Some of them may need some specific interventions outside of that but many do not. We have students with more severe disabilities who do need much more intensive interventions, so we have different services for those students.”

Brady said APS was working to make sure students with disabilities, who have diverse needs, are in the least restrictive environment possible but also that they have good academic outcomes and can transition from school to the workplace.

Brady said that the state has a year to create the plan it will implement, but already, the state has committed “an urban support person” to the districts receiving extra attention, “who will be on-site helping us to look at our resources, how we’re expending them, what do we need as a district.”

Families who are wondering about the lawsuit can contact their individual schools or contact Disability Rights Ohio with questions about the settlement or the special education services they’re receiving.

“The state has the ultimate responsibility under the IDEA to ensure its students are receiving a free, appropriate public education,” Sjoberg said.

While there’s no set amount of money outlined in the settlement agreement, Sjoberg said it “will absolutely require resources that the state invest in the districts and in the personnel in the district.”

“There will be money that will need to be involved to make it happen, but there’s no set dollar amount and it’s not necessarily money that’s going to directly flow to the districts,” Sjoberg said. “It’s money the state will then invest in those districts through additional personnel, additional training, additional coaching and on-the-ground support, that kind of thing.”