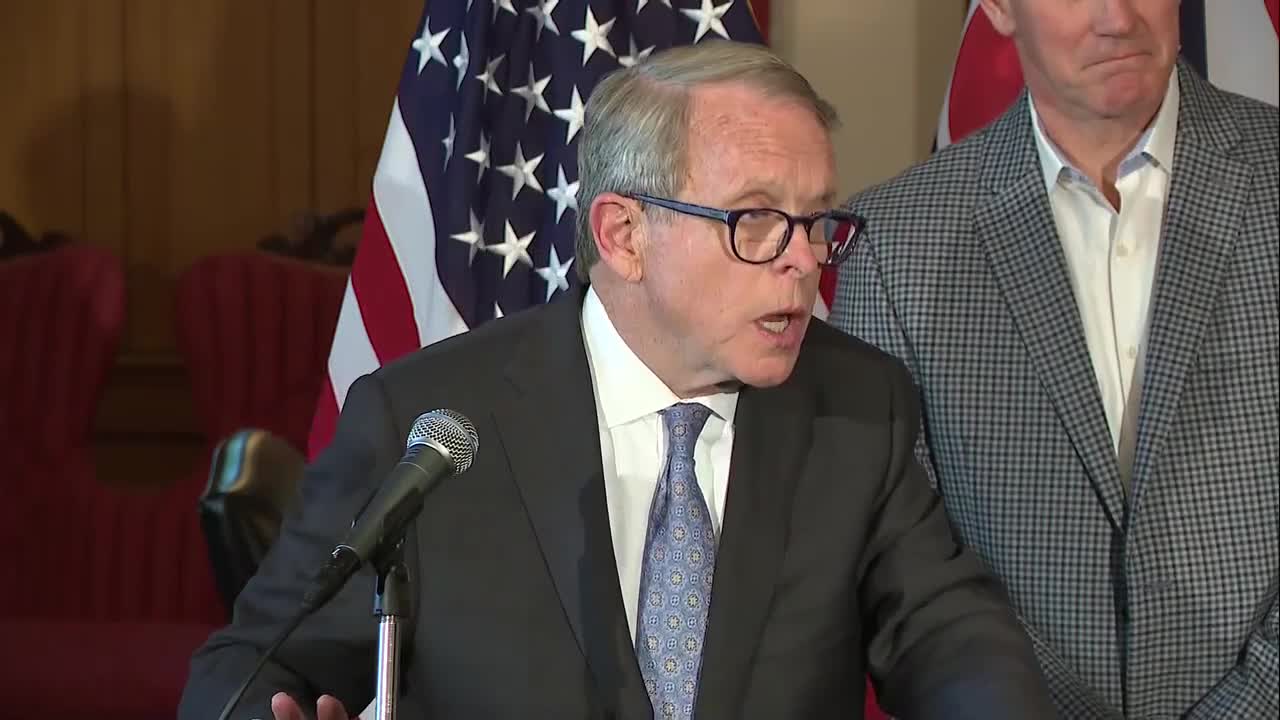 There may be light at the end of the tunnel for the beleaguered town of Lordstown.

LORDSTOWN, Ohio — There may be light at the end of the tunnel for the beleaguered town of Lordstown. President Donald Trump tweeted Wednesday that General Motors has agreed to sell the shuttered Chevrolet plant to an electric truck manufacturer.

GREAT NEWS FOR OHIO! Just spoke to Mary Barra, CEO of General Motors, who informed me that, subject to a UAW agreement etc., GM will be selling their beautiful Lordstown Plant to Workhorse, where they plan to build Electric Trucks. GM will also be spending $700,000,000 in Ohio...

In March, the last Chevrolet Cruze rolled off the line at the plant.

During a visit to the Lima in March, Trump called for the plant to be sold so local workers could be employed again.

“Because the economy is so good, General Motors must get their Lordstown, Ohio, plant open, maybe in a different form or with a new owner, FAST!” Trump tweeted in March.

The plant had been in operation for more than 5 decades before it shut down, leaving thousands of workers without jobs.

According to Trump, GM is selling the plant to Workhorse, an electric truck manufacturer. The move, Trump tweeted, would see GM spending around $700 million in Ohio and creating 450 jobs.

....in 3 separate locations, creating another 450 jobs. I have been working nicely with GM to get this done. Thank you to Mary B, your GREAT Governor, and Senator Rob Portman. With all the car companies coming back, and much more, THE USA IS BOOMING!

In a statement released Wednesday, GM said the move could "bring significant production and electric vehicle assembly jobs to the Mahoning Valley."

"The U.S. economy and our core business are strong, so we can expand our commitment to U.S. manufacturing and Ohio and create job opportunities for our employees," said GM Chairman and CEO Mary Barra. "We also expect to bring more jobs to the U.S. over time in support of the expected provisions of the USMCA."

Ohio Senator Rob Portman also took to Twitter, stating that he was "hopeful we will see the Lordstown plant humming again."

I want to thank @realDonaldTrump for his help in bringing new production to #Lordstown. I’m hopeful we will see the #Lordstown plant humming again. #jobs #Ohio

"I just spoke with GM CEO Mary Barra who told me GM would invest an additional $700 million in Ohio at its Toledo, Parma and Moraine plants, which would create 450 new jobs. She also told me that GM, subject to the approval of the UAW, is in negotiations to sell the Lordstown plant to the Workhorse Group to make commercial electric trucks. I also spoke with Dave Green, UAW Local 1112 president, about the news. My message to GM all along has been either to bring a new GM vehicle to the plant or to find a partner that will use this world-class facility so people can get back to work. I look forward to hearing more from Workhorse about its plans to bring jobs to Lordstown, and I’m hopeful that this news will benefit the workers there. I want to thank President Trump for his help in finding a positive solution for Lordstown. I will continue to work with GM, the UAW, and other key stakeholders on this matter in the coming weeks and months," Portman said.

"In response to General Motors’ announcement today, the UAW’s position is unequivocal: General Motors should assign a product to the Lordstown facility and continue operating it.

A federal lawsuit filed by the UAW over the closing of the Lordstown, Baltimore and Warren facilities is still pending, and the UAW will continue its effort to protect the contractual rights of its members at these locations.

The parties regularly discuss product placement issues during National Negotiations which will begin in July of this year. We will monitor this situation as it develops to determine what course of action will most benefit UAW-represented workers at General Motors."