Treatment instead of prison time: advocates push for passage of S.B. 3

A bill that could allow some people with low-level drug possession charges to have those charges downgraded to misdemeanors has stalled at the Ohio Statehouse. 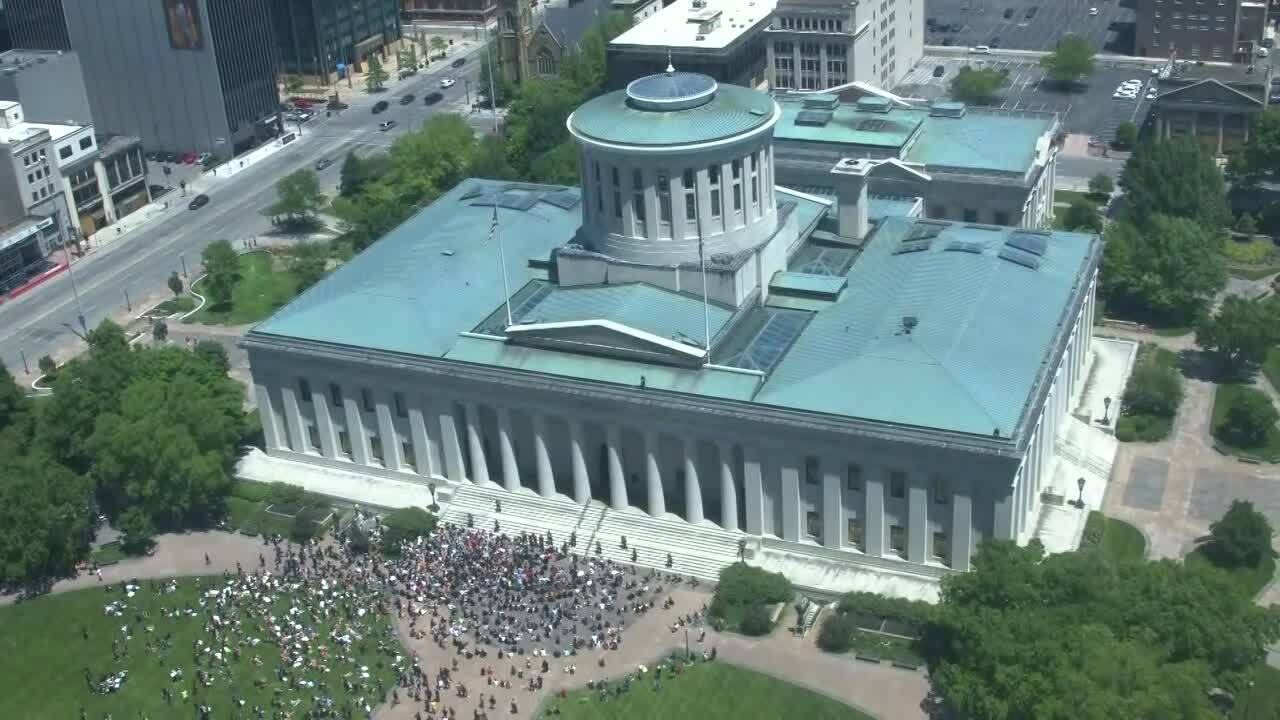 COLUMBUS, Ohio — A bill that could allow some people with low-level drug possession charges to have those charges downgraded to misdemeanors has stalled at the Ohio Statehouse.

Senate Bill 3 has been in committee for more than a year, and advocates argue its passage is critical to keep more Ohioans out of prison for low-level, nonviolent offenses.

The bill, sponsored by one Republican and one Democratic Senator, failed to advance out of Senate committee this week, but Piet van Lier, a researcher with Policy Matters Ohio, said he is hopeful it will have another hearing next Tuesday and be voted out of committee then. He said it's critical especially right now because COVID-19 is a concern in overcrowded prisons, and because of the issues surrounding systemic racism in mass incarceration.

Treatment instead of prison

Maurice Marbury was abused as a child.

"What it did was created a sense of resentment for life in me, you know, because I'm continually told about this God of love," Marbury said. "But I'm abused all the time, so I'm like, 'Why me?'"

Marbury said his abuse led him to self-medicating with drugs and that turned into addiction, as he began smoking marijuana and drinking at 12. Later, he said, he sold drugs.

"I'm trying to get away from the chaos and the pain and I see them doing it. So guess what? Let me try that," Marbury said.

He added, "I was doing things to, actually, 'I want you to kill me because I can't kill myself. I tried.'"

For him, the wakeup call to change who he had become came during one of his prison sentences, but Marbury said that was only because of the programs he had available to him there.

Marbury, who now volunteers with the Ohio Organizing Collaborative, is speaking up in support of S.B. 3, so other people in situations like his own can get treatment instead of prison time.

Marbury said in addition to treatment programs for those who are addicted, he would like to see a greater emphasis on programs in the community that keep young people from ever starting to use drugs in the first place.

The purpose of the bill

"The goal is to make sure that we're not putting people in prison who would benefit more from treatment," van Lier, the Policy Matters Ohio researcher, said.

In addition to allowing some people with low-level drug possession offenses to have their charges downgraded to misdemeanors, S.B. 3 and House Bill 1, passed by the Ohio House last summer, also deal with sealing records, something van Lier said is important to help people after they're released from prison.

"It's harder to find a job if you had a felony. It's harder to often find housing," van Lier said. "Public housing in particular is an issue."

Right now, with COVID-19 a big concern in prisons, van Lier said a bill like S.B. 3 is even more important from a public health perspective.

Though the bill would not be retroactive for people already in prison or those who have already been released, like Marbury, van Lier said it would be one step toward dealing with systemic racism and other issues in incarceration.

"Our justice system is broken," van Lier said. "And this kind of bill, again, is a first step to remedying some of that, and the impact on the racial inequities is significant. And it's important to keep that in mind that we are trying to remedy the racism that's been in the system."

While the bill has bipartisan support, van Lier said he believes there are some concerns from people who don't think this bill will do what it's purported to.

"I think one of the big things that I hear from some of the prosecuting attorneys, for example, in Ohio, is that they still believe in this sort of carrot-and-stick approach, that in order to get people into treatment, you need to have that stick of a threat of prison time, the threat of a felony," van Lier said. "And I think a lot of the research has really debunked that. It's not necessarily the case. People understand it better than that now. I think that's one of the myths out there, when, in fact, what people really need is opportunity for treatment, support for treatment."