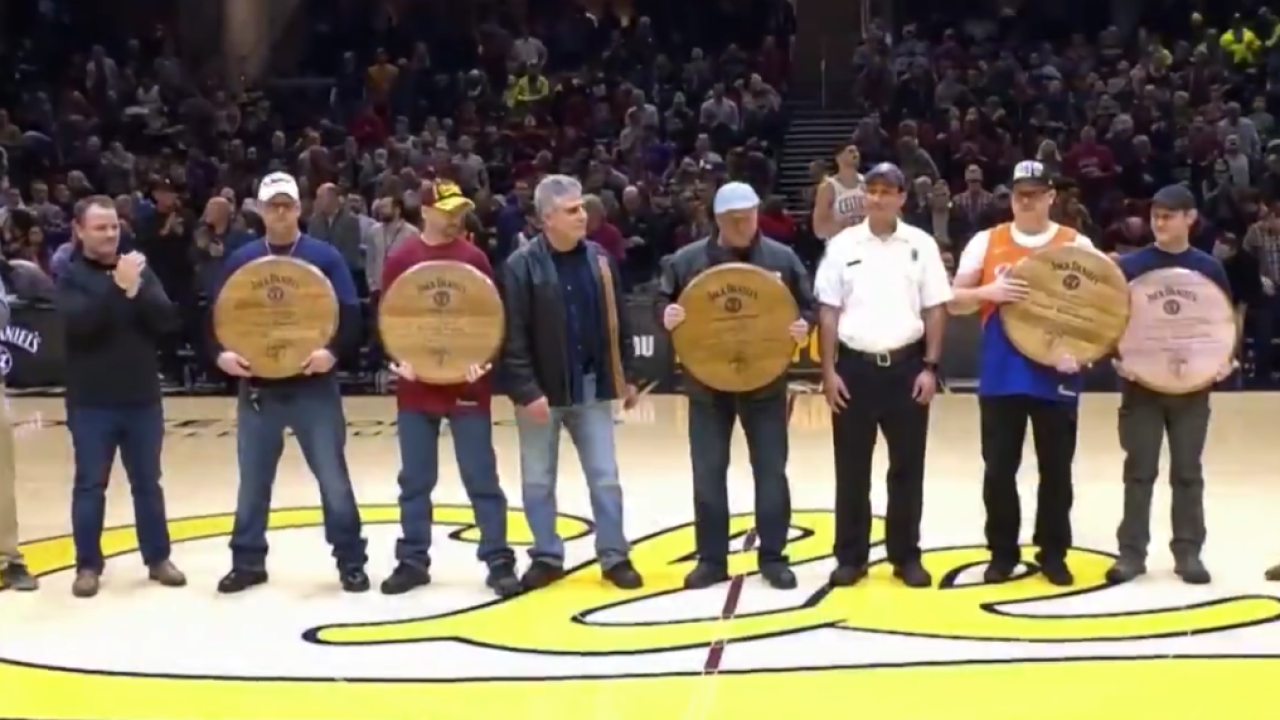 CLEVELAND — The Cleveland Cavaliers, partnered with Jack Daniel’s Tennessee Whiskey, recognized first responders during Wednesday night's game against the Boston Celtics, giving special recognition to the first responders who rescued a family from a house fire in Cleveland earlier this year.

On January 26, a fire broke out at a home on Cleveland’s East Side. Wakeman police officers Steve Pozniak and Ernest Leach were off-duty when they heard an 8-year-old scream for help. Leach rushed inside the house to assist until firefighters arrived on the scene. Pozniak convinced the 8-year-old girl to jump into his arms, saving her from the flames.

With a woman and two children rescued, Cleveland firefighters battled through smoke and flames to rescue a 2-year-old girl who was trapped on the third floor. The family was transported by Cleveland EMS to a nearby hospital where they were able to be treated for their injuries.

During the first quarter of the Cavs game Wednesday night, the organization honored Pozniak and Leach, Cleveland Fire Station 7 and Cleveland EMS paramedics Joseph Kowalczyk and Timothy Sommerfelt. The specially-recognized first responders received a customized Jack Daniel’s barrel-head plaque and received a round of applause from fans in attendance.

Last night we honored these incredibly brave first responders who risked everything to rescue local children from a house fire on a cold January morning in Cleveland.@JackDaniels_US | #ThankYou 🚔🚒🚑 pic.twitter.com/BV2lEj3aBn

In addition to the recognition of the first responders involved in the January fire rescue, all first responders who presented their ID at the Cavs Team Shop received 10 percent off their purchase. Fans in attendance were also offered fire extinguisher training as well as fire safety information from the Western Reserve Fire Museum and Education Center.

RELATED: 3 children rescued from house fire on Cleveland's East Side