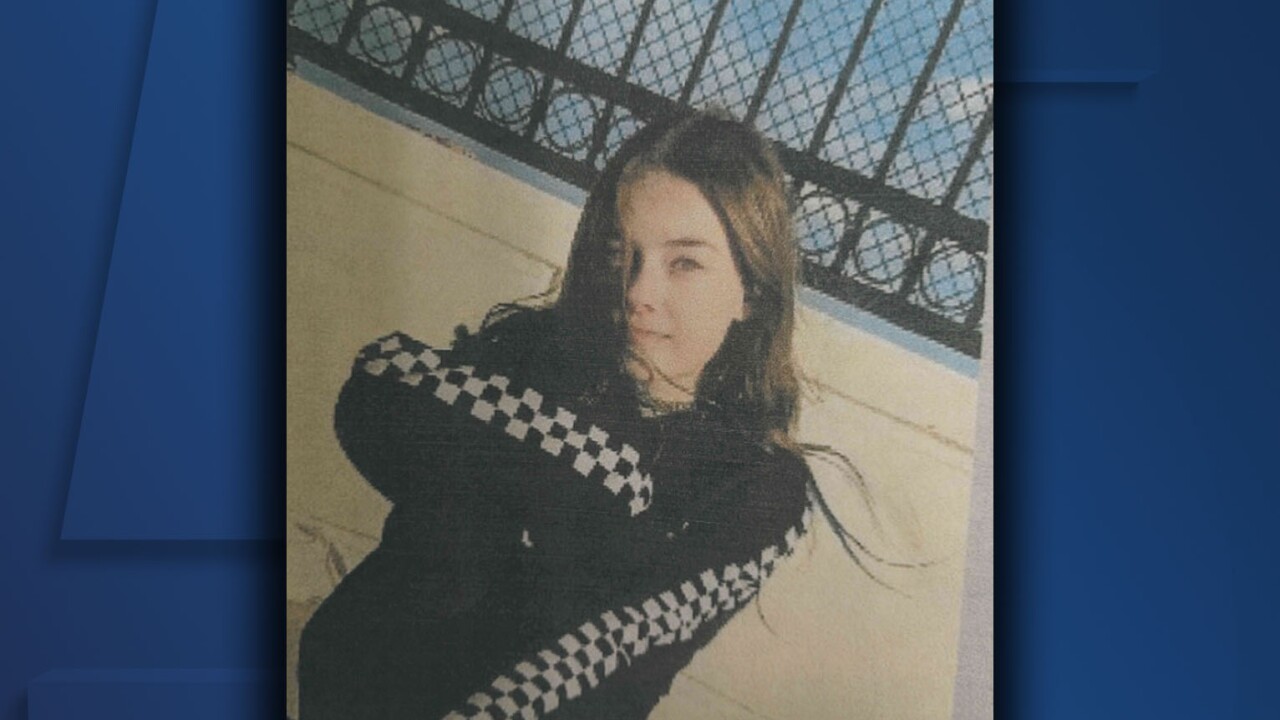 CLEVELAND — Cleveland police are searching for a missing 13-year-old girl last seen inside of her home on Maple Street in the city’s North Collinwood neighborhood.

Sophie Rains was last seen sleeping on her couch, according to police. Around 3 a.m., her mother woke up, smelled lighter fluid and realized her daughter was not in the home.

The mother noticed lighter fluid has been spilled down the hallway and the bottle was left on the floor. She checked the house and could not find her daughter and realized her cell phone and tablet were missing as well, police said.

Police said that Sophie has run away before, but is new to the area and has no friends nearby.

After pinging her cell phone, police were able to trace it back to her father’s house on West 83rd Street, but she was not at the home and her father said he had not heard from her.

Anyone with information regarding the girl’s whereabouts is asked to call police immediately.