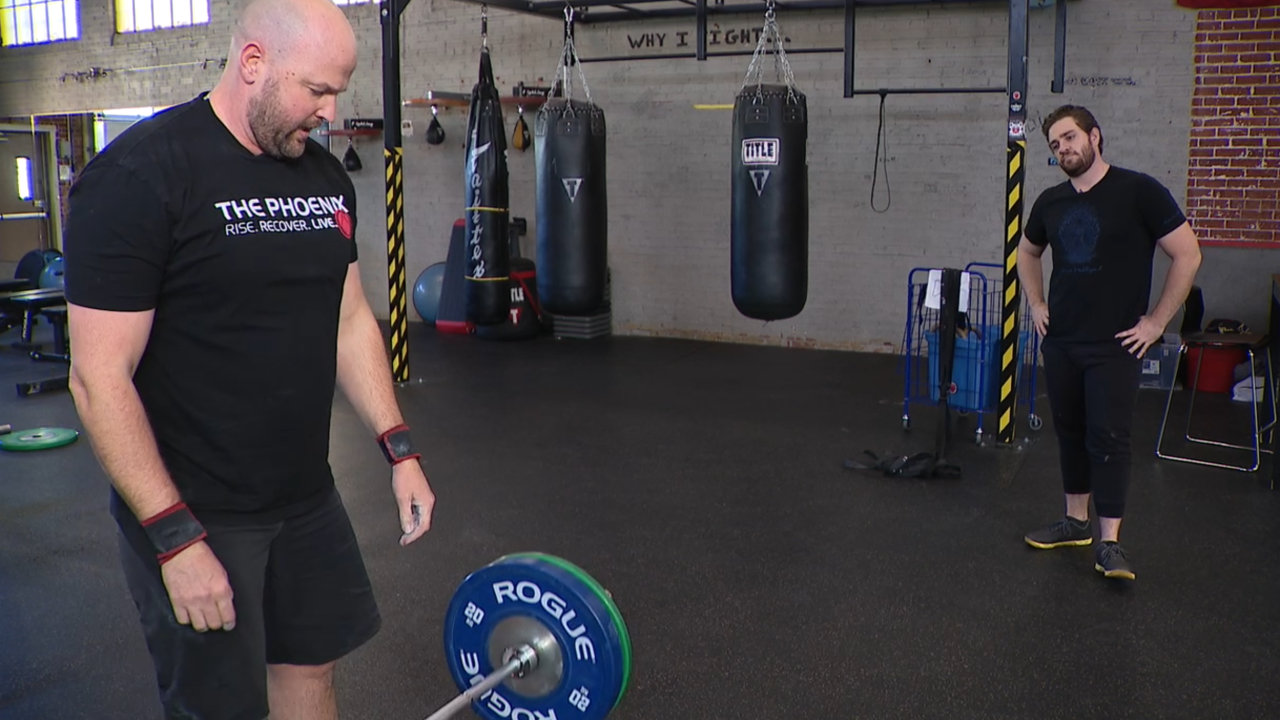 You can find weights, and workouts at any gym. But for gymgoer Amanda Hall, she finds something else at her gym she can’t find anywhere else.

At The Phoenix, Hall is a fitness coach. She found the gym four years ago after trying over and over to beat her addiction to alcohol.

“Every time one of those things didn't work out, I just ended up feeling more and more alone,” she says.

But not at The Phoenix, which serves as an active sober community for its members suffering from substance abuse.

Gym founder and executive director Scott Strode started The Phoenix after his own battle with addiction.

“I found my way into a boxing gym, and there was something really special about getting in the ring for the first time and being in there with other guys that were in recovery,” Strode says. “There were a couple sober boxers there and they became my support network.”

To attend, you only need to be sober for 48 hours.

“It burned and from its own ashes it rose again, and that's the story of so many people that come to our program,” he says of the gym’s name. “So, the name’s a perfect fit.”

Phoenix gyms are in 20 states across the country, and they’re free!

“There are so many programs that if you don't have the right insurance or you don't have enough money to self-pay or whatever else, you can't get access to treatment,” Strode explains. “Phoenix, if you can open the door, you can be part of it.”

That incentive made it easier for Andrew Brough to come to the gym’s Denver location four years ago, while battling his addiction to opioids.

Now, as manager of the Denver Phoenix chapter, Brough helps others in the same position he was in.

“There was a lot of people that, like, help me along my journey that allowed me to be in this position,” Brough says. “And now, I hope that I can do that for somebody else.”