Planning to take part in the national school walkout Wednesday? Read this 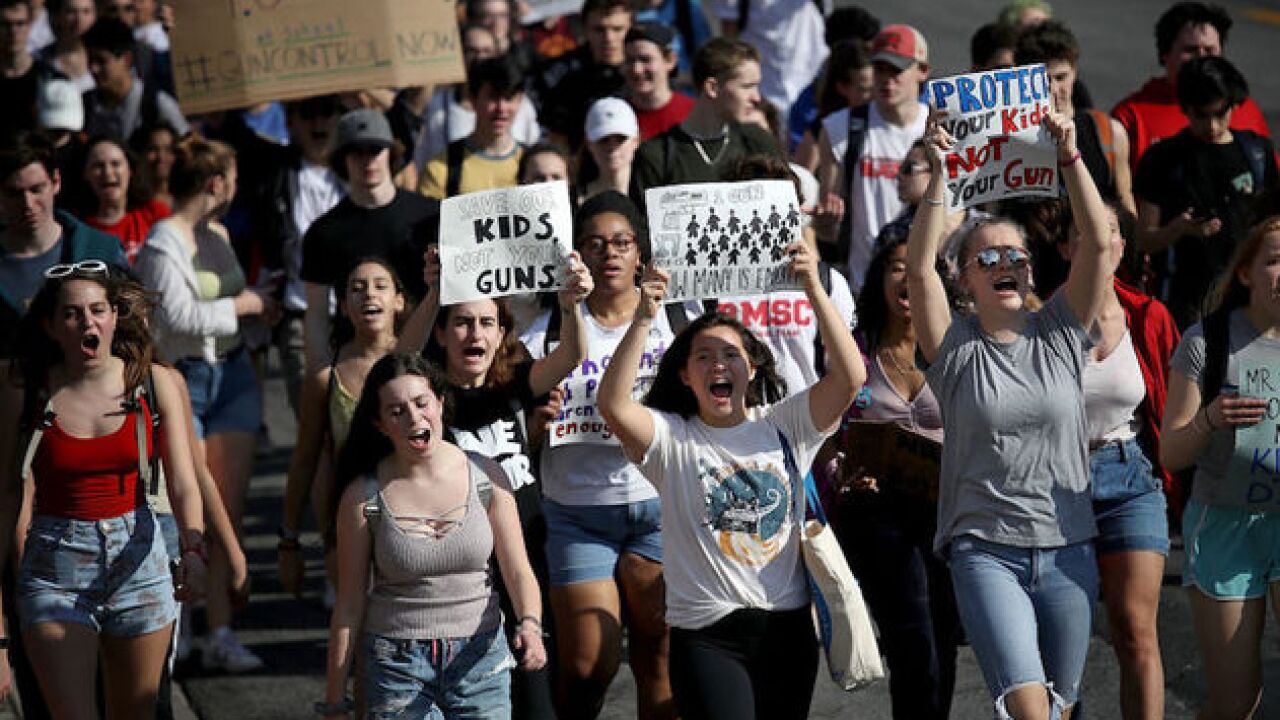 Students across the country are expected to walk out of their classrooms Wednesday morning to protest gun violence. The National School Walkout is scheduled to begin at 10 a.m. in every time zone and last for 17 minutes -- a minute for each life lost in the Parkland school shooting.

If you're a student who's thinking of taking part (or the parent of one), you probably have lots of questions: Can the school retaliate? Will it hurt your chances of college? Can you just stay home for the day?

For help with answers, we turned to a couple of experts:

Ben Wizner is the director of the ACLU's Speech, Privacy, and Technology Project and an adjunct professor at New York University School of Law. He's litigated numerous cases involving the intersection of civil liberties and national security. He's also the principal legal advisor to Edward Snowden.

Christine V. Hamiel is an attorney at the von Briesen & Roper law firm in Milwaukee, Wisconsin. She chairs the firm's school law section and advises school districts on legal matters involving student issues, among other things.

1. Can my school punish me for taking part?

If you're just participating: Your school can (since students are required to be in school) but many won't as long as the students aren't being disruptive. Remember, students have a First Amendment right to protest, just like anybody else. The landmark Tinker v. Des Moines case pretty much settled that legal question. In it, the Supreme Court ruled students don't "shed their constitutional rights to freedom of speech or expression at the schoolhouse gate."

Some schools could hit students who walk out with an unexcused absence. That could be a bigger problem if a student already has a lot of those and the extra one results in him or her being considered truant.

If the walkout turns disruptive: In that case, schools can stop students from participating. They can also take some punitive measures. But they can't punish students just because the district doesn't like the brand of politics that powers the protests.

Generally, students don't have to worry about being arrested -- unless, of course, they start breaking laws, like blocking a street while protesting.

3. Can a teacher force me to write a letter or essay as a condition for participating?

Some districts are telling students they have to write a letter or essay on the topic of, say, gun reform or civil disobedience in order to participate. That's OK. Schools can assign work to students, Wizner said -- and students don't have a constitutional right to not do work. "It seems to be a sensible way for the school to teach students" lessons on civics and citizenship, he said.

4. Can a teacher schedule a test during the walkout?

Yes. If the test was already scheduled and is part of the curriculum, that's perfectly fine. But if the test's sole purpose is to keep students from walking out, that's more of problem. In that case, students don't have a lot of recourse, since schools generally have the discretion to schedule tests when they want to. Wizner called such practices "a vindictive exercise" that wastes an opportunity for teachers to teach students "how to be an adult in this world."

Instead, schools should offer students who miss a walkout-related test a chance to take it at another time, Hamiel said, or offer them an alternative assignment.

5. Will participating hurt my chance of getting into college?

Several colleges -- from Yale to Tulane to UCLA -- have already come out and told prospective students that unexcused absences or other consequences resulting from the walkout won't affect their admission into the schools. But there's no guarantee other schools won't take a different tact. If a college does hold participation in the walkout against an applicant, there's not much a student can do -- except maybe apply to another school.

6. Can my parents sign me out of class for the walkout?

It's OK for parents to take their children out of school for the time period of the walkout or for the entire school day, if they so wish, our experts agreed. Of course, the motivations may be different. Some parents will sign their children out to take part in the walkout, while others will take them out to get them away from it.

7. Do I have to stay on my campus when I walk out?

Students don't lose their First Amendment rights when they step off campus, and schools can't force students to stay on campus during the walkout. But schools most certainly hope they do because of safety concerns. Once students leave campus, the school doesn't have control of the situation anymore.

Wizner urges students to check on school policies before making such a move because "schools might have difference policies for missing class versus leaving school property without permission."

8. If I go to a private school, what are my rights?

9. I'm not a US citizen. Do I still have the First Amendment right to protest?

Both Wizner and Hamiel (referring specifically to students in Wisconsin where she practices law) say as far as the walkout is concerned, non-citizen students are viewed as having the same rights as the citizen students they are protesting with -- as least while the walkout or protest stays on campus.

"They have the same rights, but where they should be cautious, is in participating in off-campus stuff," said Wizner. "Not only would they have to deal with criminal law (if something happened during the protest off-campus) but they might have to deal with immigration law as well."

Meaning, if they're undocumented, they could possibly draw attention from federal immigration agents from the US Immigration and Customs Enforcement.

Students who don't want to join the walkout -- either because they don't agree with the cause, just don't want their school day interrupted or whatever -- shouldn't be punished or retaliated against in anyway. "This is not a legal question, Wizner said, "but all students should have the right to remain in a safe school environment."

11. Can a teacher join us in the walkout?

Now this is a little tricky. Most schools have policies that allow teachers to take part in political causes, but on their own time and not when they are working for their school district.

But schools may actually want teachers out with their students during the protests. "Some districts will say to teachers, 'we want you to supervise the students,'" Hamiel said. "So some teachers will accompany students" during the walkout for safety.