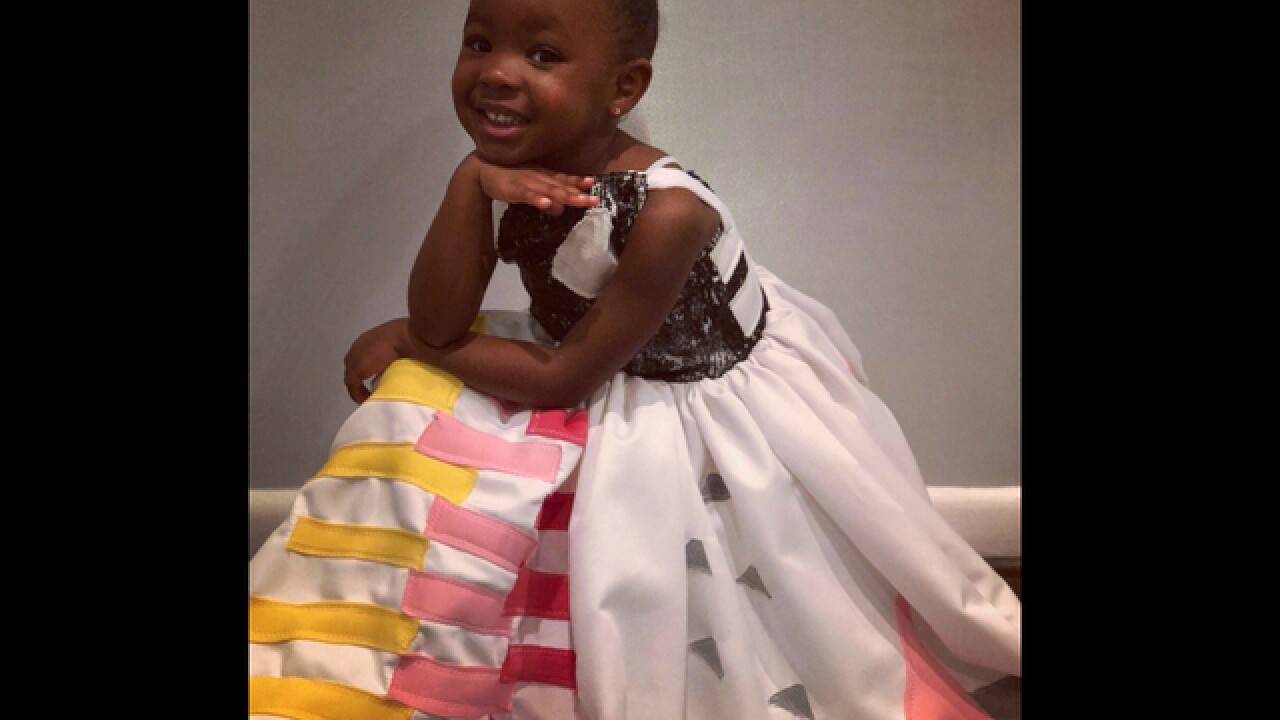 © 2018 Cable News Network, Inc.
Parker Curry/Twitter
<p>When Halloween rolled around, Parker, now 3, stepped out for trick-or-treating dressed as Obama, complete with a gown that replicates the Milly dress that the first lady is wearing in her portrait, according to posts on her Twitter and Instagram accounts.</p>

The little girl who went viral for being awestruck with Michelle Obama's portrait dressed as the former first lady this Halloween.

Earlier this year, then-2-year-old Parker Curry was photographed staring at Amy Sherald's portrait of Obama at the National Portrait Gallery, completely enthralled with the image towering over her.

When Halloween rolled around, Parker, now 3, stepped out for trick-or-treating dressed as Obama, complete with a gown that replicates the Milly dress that the first lady is wearing in her portrait, according to posts on her Twitter and Instagram accounts.

Obama responded on Twitter Thursday morning, saying "You nailed the look, Parker! I love it!"

It was Parker's idea to be Obama and "her first immediate response" when asked what she wanted to dress as for Halloween, her mother Jessica Curry told CNN.

Parker's dress was a gift from Alisha Welsh, who runs a small, family based company in New York, Magnolia Lake Children's Clothing, according to Curry. Welsh had offered to make Parker her own Obama dress back in March when she was inspired by the photo of Parker.

When Parker first saw the dress that arrived on Halloween morning, Curry recalled, "her jaw dropped."

"She was just like, 'Wow.' She was really excited. She was giggly," Curry said.

Curry told CNN that when she asked Parker if she liked the dress, Parker replied, "'It's perfect.'"

When trick-or-treating around the neighborhood, "some people did recognize the dress and were tickled although none of them probably made the connection that (it) was Parker," Curry told CNN. "She got way too much candy."

Curry told CNN that Parker asked to wear it again Thursday morning to school. Curry said that she would not be surprised if Parker picked to be Obama again next Halloween.

BuzzFeed News was the first to report on Parker's costume choice.

Back in March, Curry told CNN that Parker "believes Michelle Obama is a queen, and she wants to be a queen as well."

"As a female and as a girl of color, it's really important that I show her people who look like her that are doing amazing things and are making history so that she knows she can do it," she told CNN then.

That viral image of Parker entranced by Obama's portrait led to her coming face to face (and having a dance party) with her idol in real life and later an appearance on "The Ellen DeGeneres Show."