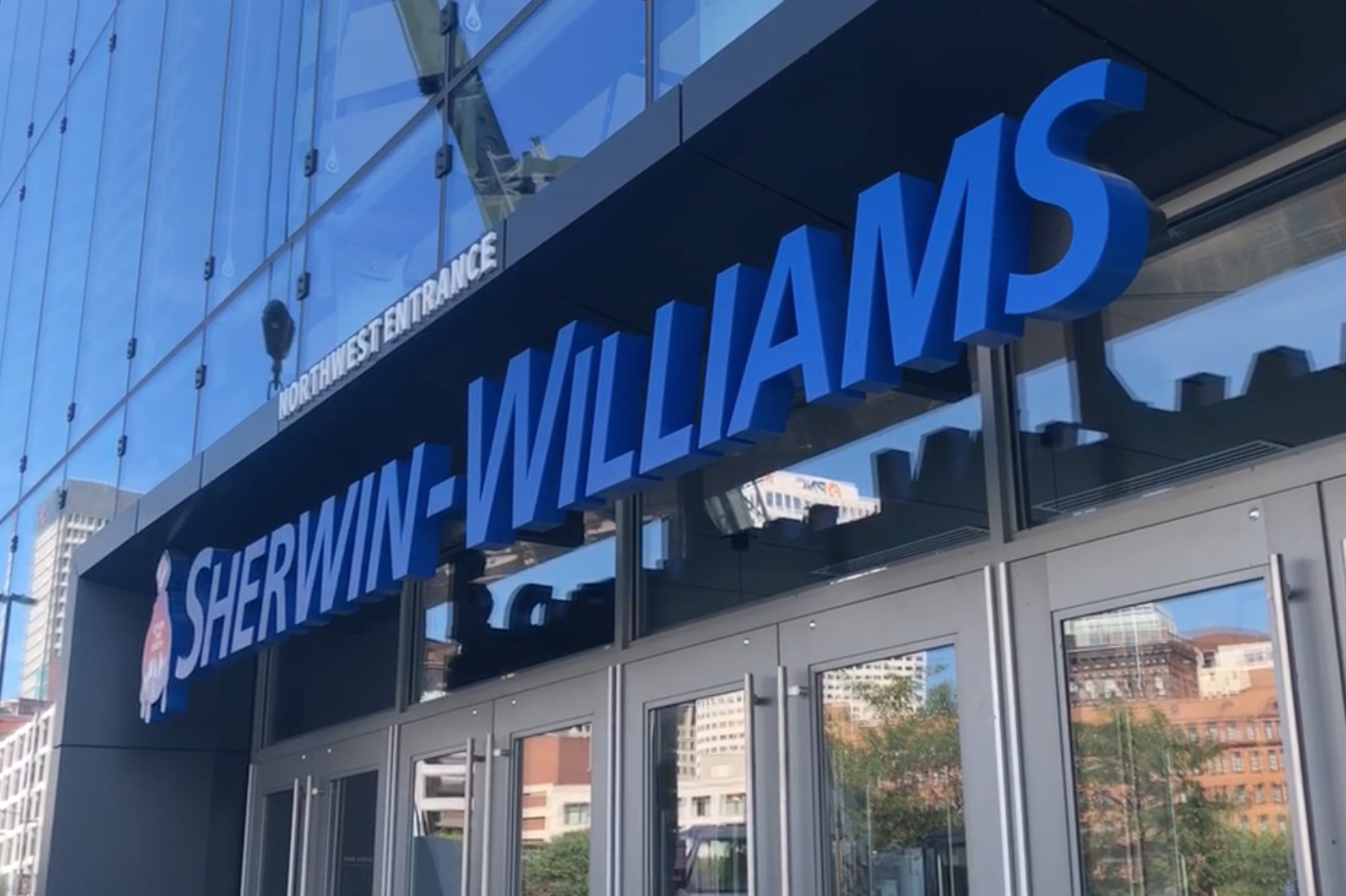 CLEVELAND — It's been more than a month since Sherwin-Williams announced their intention to conduct a nationwide search for a new global headquarters. While there has been speculation about whether they will stay or go or what other cities they will be looking at, it remains at this point just that, speculation.

While Cleveland remains hopeful the paint giant will be loyal and remain in the only home it's known over its more than 150 years, the reality is as a publicly traded Fortune 200 company they're obligated to look at all options.

"At the end of the day Sherwin-Williams has a responsibility to its shareholders, to its employees, to be in the best market with the best talent stream, with the most international access and consistent with re-positioning its brand as a company of the future," said John Boyd, of The Boyd Company which helps corporations all over the world relocate.

While his firm is not working with Sherwin-Williams as they undergo their search process, he said he knows what they are likely seeking.

"The common denominator for city's attracting these types of trophy, head office projects are number one a talent pool; universities that are enriching the labor market with the type of skill sets necessary to compete in a global economy," Boyd said.

"The other major driver for corporate headquarter projects today is a major international gateway airport. If you look at all of the success that cities like Chicago and Dallas and Atlanta and Charlotte have had in recent years in attracting Fortune 500 headquarter operations, a big part of the story is an impressive roster of nonstop flights to major global markets and that's clearly a disadvantage for Cleveland with their Cleveland Hopkins International Airport," he added.

With those items in mind Boyd sees Dallas, Houston, Charlotte, Atlanta and Chicago among those in a position to make a competitive bid and as wild card he threw Pittsburgh into the mix.

"I think Pittsburgh could be an interesting outlier candidate for this project given the strength of its chemicals industry," said Boyd. "Shell happens to be a client of ours, they have a new massive facility just outside of Pittsburgh which is the type of synergy relationship that perhaps would be appealing to Sherwin-Williams because let's face it, they're really a chemicals company at the end of the day that needs to hire a lot of engineers with rich skills sets in the chemicals industry."

Normally this process he said would take a company several months to complete acknowledging the new world order that's come about after Amazon's public courting of cities in 2017 when it was looking for a second world headquarters.

"This is sort of the post-Amazon HQ2 climate we live in today where a lot of companies with the stature and the size and the power of a Sherwin-Williams are comfortable letting this process play out in the public sphere."

That also puts the pressure on Cleveland and Ohio to not count on a hometown discount. "Hopefully for Cleveland they can put together a very compelling case. I know that Governor DeWine has put together an all-star team of private sector leaders to work on keeping this project in the state of Ohio."

"JobsOhio (the state's private sector business recruiting arm) has a terrific reputation for its economic development acumen. Governor Kasich was a very successful governor on the industry attraction front. He always made his office accessible to CEO's and to business leaders. We see Mike DeWine really on the clock here. This is really his first major economic development test and so far all indications are he's working around the clock he's put together a coalition of private sector leaders, academic leaders, to keep this trophy project in Northeastern Ohio," Boyd said.