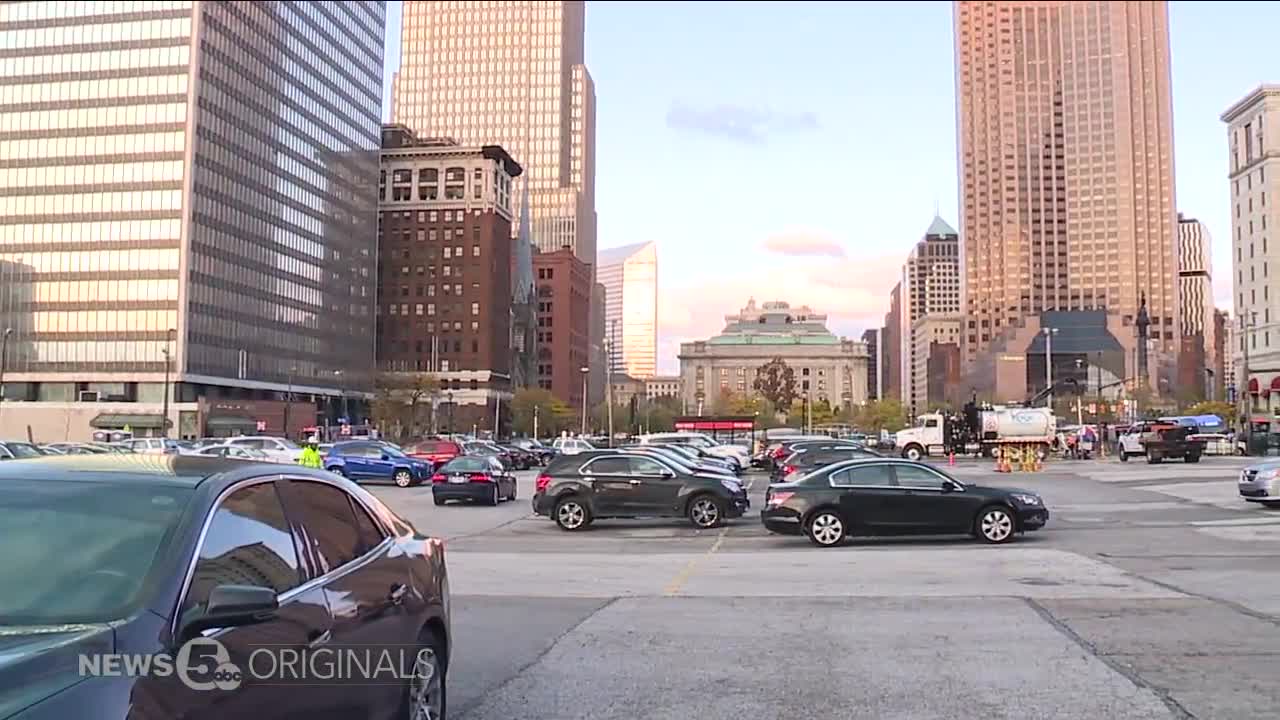 While Sherwin-Williams consistently says the nationwide search for their new Headquarters and Research and Development facilities continues, Cleveland insiders are confident the Cleveland-born paint giant intends to stay in town. 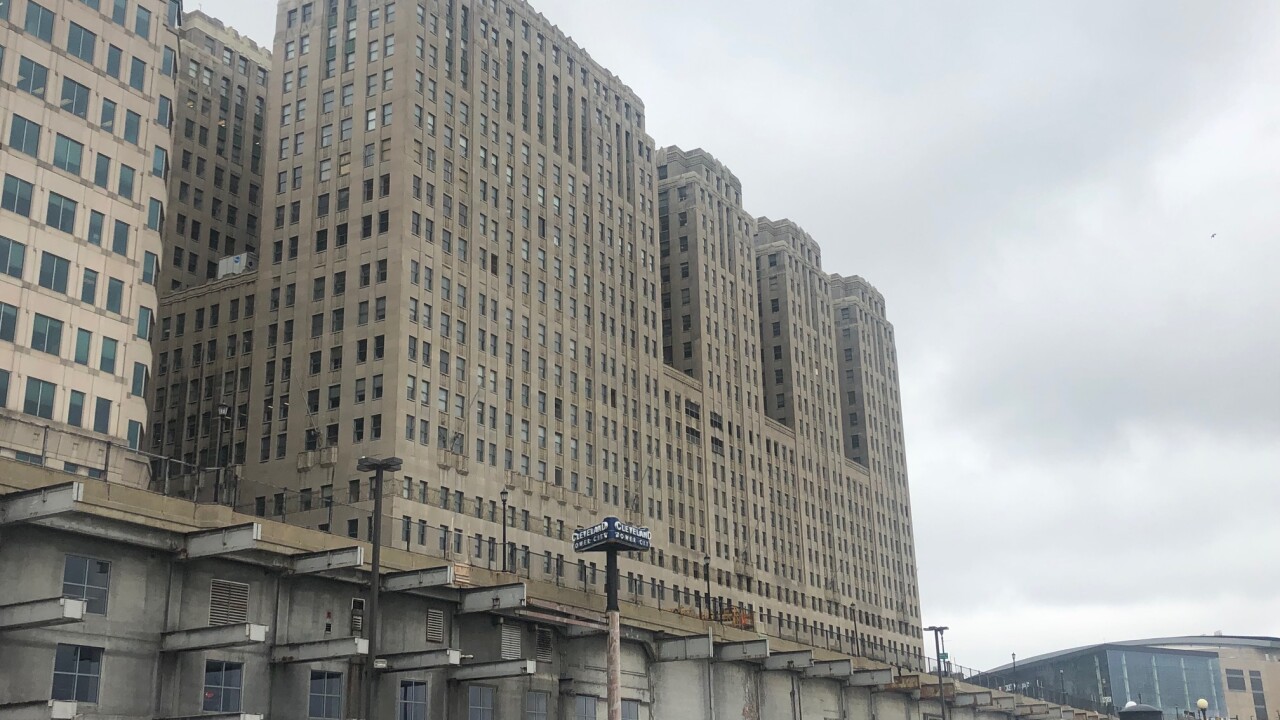 CLEVELAND — While Sherwin-Williams consistently says the nationwide search for their new Headquarters and Research and Development facilities continues, Cleveland insiders are confident the Cleveland-born paint giant intends to stay in town.

Sitting in the middle of a sea of parking, Jerome Edwards isn't sure giving up so much space for cars would be a great idea for downtown.

What he doesn't mind is the idea that 4,000 Sherwin-Williams employees could one day work about 20 feet from his hot dog cart.

The lots that Edwards sits between are the lots west of Public Square that could be on Sherwin-Williams' radar for a new, modern, headquarters and research and development location.

Crews drilling into the ground over the weekend and into this week are parking talk around town that the paint giant is serious about the location right off Public Square.

"If Sherwin-Williams would have said, 'We're going out of the state of Ohio,' that would have been disastrous," said Dottore Companies, LLC President and CEO Mark Dottore.

So disastrous that Dottore, whose receivership company has been located in downtown Cleveland for 40 years, said when Sherwin-Williams first announced its nationwide search the rest of the region's real estate market took notice.

"I'm not going to say they gave up on [their current projects], but they probably said, 'I have to rethink this whole thing,' or, 'I might have to downsize this," said Dottore.

If Sherwin-Williams had picked up for another state, it would have taken away many of the employees and customers that made downtown's revitalization possible and are necessary for that revitalization to continue.

Now that the prevailing thought is that Sherwin-Williams is sticking around, the confidence is back.

"Everybody feels more positive that we're not going to have this massive amount of apartments we can't fill," said Dottore.

He says it makes a lot of sense from a business perspective to be downtown. Even though many other large employers around Cleveland like Progressive, Eaton, and American Greetings, have moved to the suburbs, Dottore says there's still a networking appeal to downtown that can't be matched outside of it.

"I learn more from just going to lunch downtown about what's gong on in Westlake, or Solon, or one of the other suburbs from one of my colleagues or friends," said Dottore.

A Sherwin-Williams spokesperson tells News 5 in an email asking about the most recent scuttlebutt that, "There is nothing to confirm. A site has not been chosen. Our process continues."

The company initially told investors that, "Any transition to new facilities is not expected to occur until 2023 at the earliest and would require board approval."

Back outside at his hot dog cart, Edwards is optimistic and ready to wait.

"Five, ten years down the road before you see a difference," said Edwards. "Nothing works overnight."

"[Sherwin-Williams] may wake up, like you said, in two weeks and go, 'It's not going to work. None of the sites are going to work," said Dottore. "I doubt it, though."

Dottore says Sherwin-Williams' decision could have a large impact on downtown office space. The Downtown Cleveland Alliance's 2019 2nd Quarter Market Update found that 86.9 percent of the city's Class A office space, the highest classification, was occupied.

If Sherwin-Williams leaves it's current home in the Landmark Office Towers, Dottore says that could free up a lot of newly-renovated space for other businesses to find a home downtown.