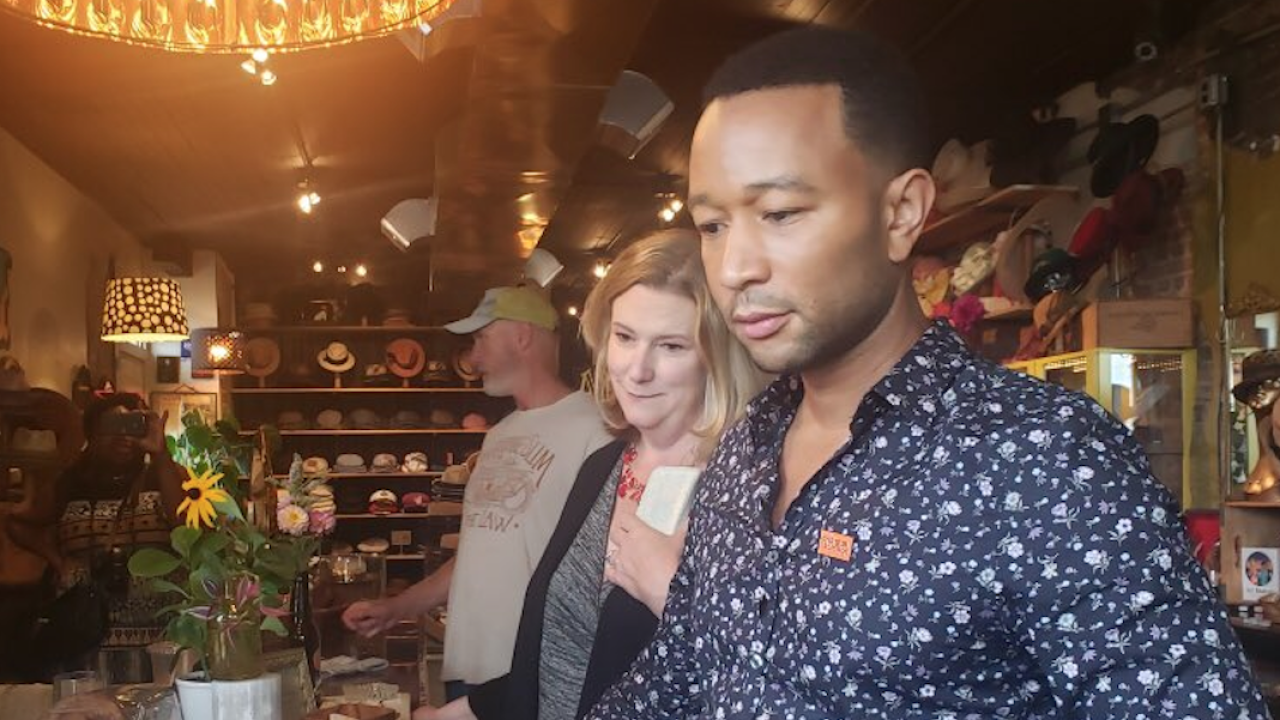 Legend, who was born in Springfield, Ohio, spent the afternoon shopping in the Oregon District before meeting with Whaley and discussing “sensible gun reforms” following the mass shooting that killed nine and injured more than two-dozen last week.

Such a big thank you to Springfield native @johnlegend for coming to shop in the Oregon District and talk about sensible gun reforms. #DaytonStrong pic.twitter.com/wzceJuuRFa

"In light of last week's events, it is more important than ever for us to come together to support our local communities," Legend wrote on Twitter.

Today, I visited the Oregon District of Dayton, Ohio, and all stores are open for business. In light of last week's events, it is more important than ever for us to come together to support our local communities. pic.twitter.com/Sj2aQH76sT

Legend and his wife Chrissy Teigen are strong advocates for gun reform in the United States, voicing their opinions and support for stricter gun laws on their social media platforms.

My heart aches for El Paso and Dayton. Our nation is experiencing these traumas far too often and we need our leaders to take urgent action: take these weapons of war off the street and fight the evil ideology of white nationalism that motivates many of these terrorists.

The August 4 shooting took place in the Oregon District, which is home to a number of nightclubs, art galleries and restaurants. The shooting location was outside of a nightclub known as "Ned Peppers."