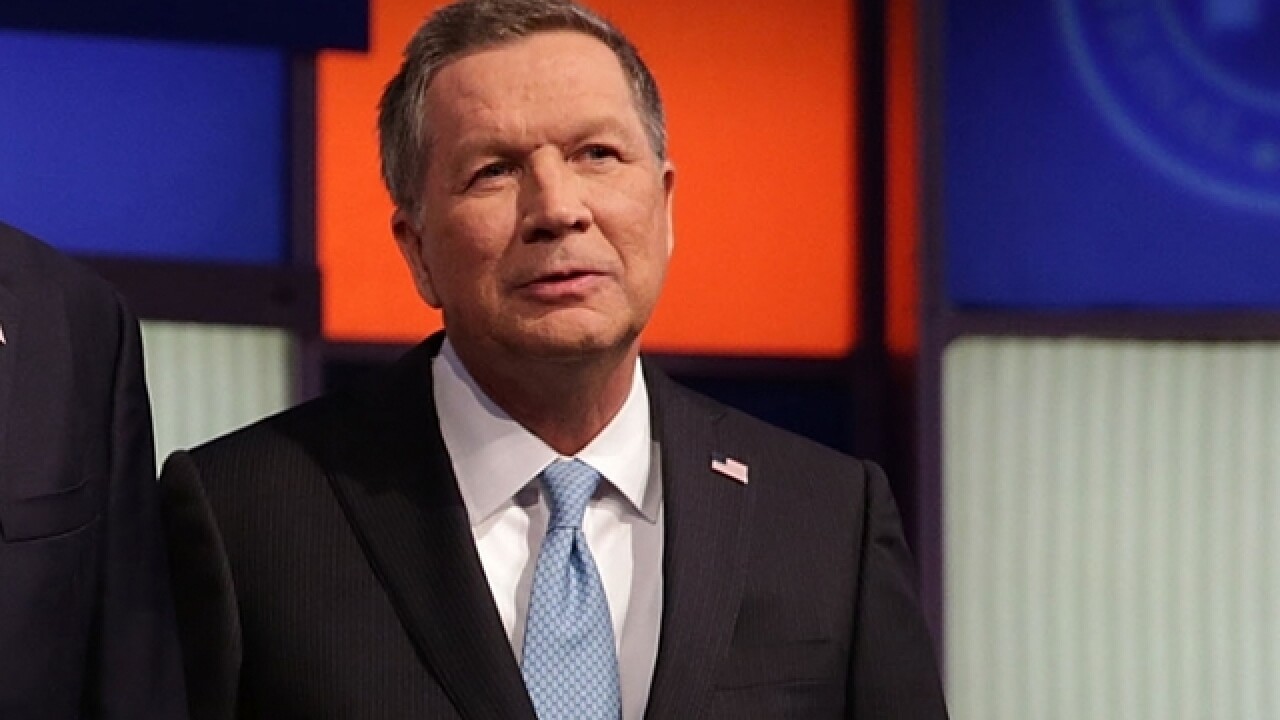 John Kasich's time as Ohio governor just came to an end. And his time as a CNN commentator just began.

On Tuesday morning CNN announced that Kasich is the newest addition to the network's stable of commentators.

He will appear as a guest across an array of CNN programs. Kasich's first appearance will be on "Cuomo Prime Time" on Tuesday night. His hiring was first reported by Axios on Tuesday morning.

Kasich's move to CNN is notable because he is one of the most prominent critics of President Trump within the Republican Party. He has declined to rule out a 2020 primary bid against Trump.

Kasich first took on Trump in July 2015 when the then Ohio governor announced his bid for the Republican presidential nomination.

He dropped out of the race in May the following year after Trump emerged as the presumptive GOP nominee.In the past, CNN and other cable news channels have broken off ties with commentators once they took specific steps to run for office.

Kasich signed with a talent agency, UTA, to explore TV opportunities and other deals after leaving the governor's office. When the agency deal was announced on Monday, UTA said it would "help him navigate the next phase of his public and private life."

That same day, CNBC reported that Kasich was "looking to sign with either CNN or MSNBC.

On Tuesday MSNBC announced the hiring of former Sen. Claire McCaskill, the Missouri Democrat who was defeated in the midterms. She will be a political analyst on both MSNBC and NBC News programs.

CNN's deal with Kasich may be a reflection of changes in the political media landscape. Until 2007, he hosted a weekend show called "Heartland" on Fox News.

But Fox has changed and so has he. Kasich had "ruled out joining Fox News Channel," CNBC reported on Monday.