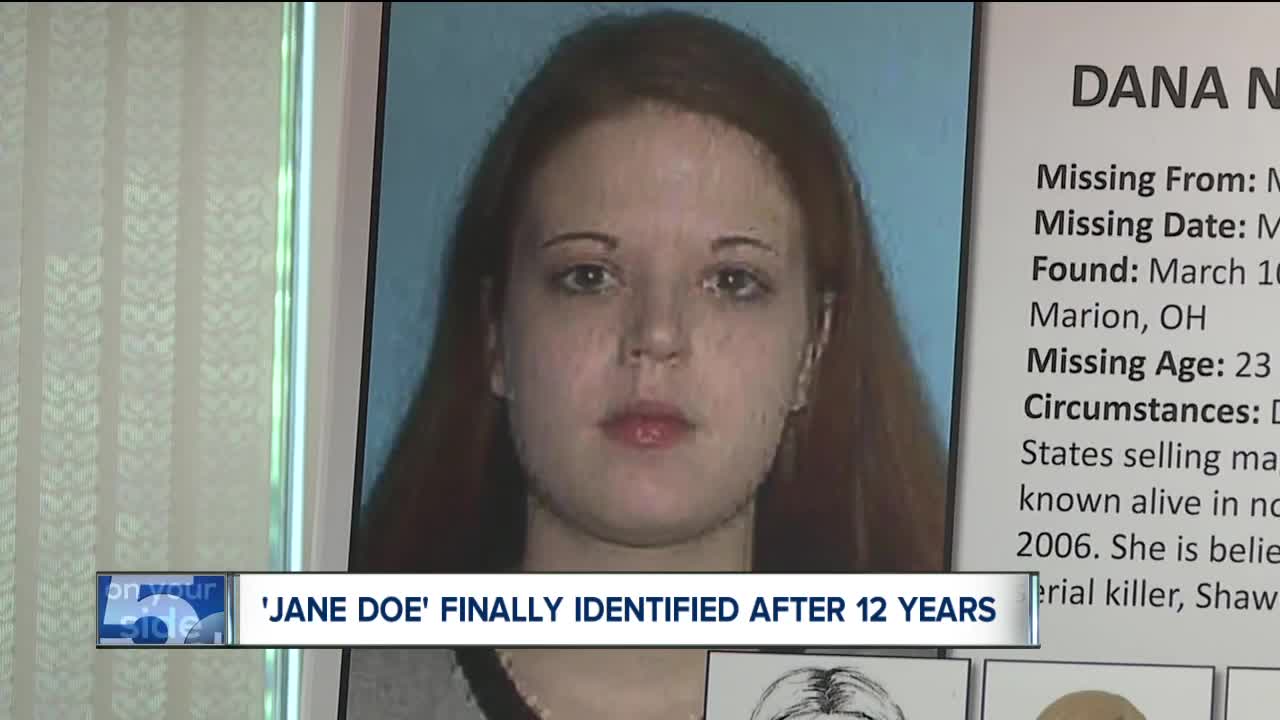 A Jane Doe whose body was found in Marion County in 2007 has been identified and police have confirmed she was a victim of convicted killer Shawn Grate. 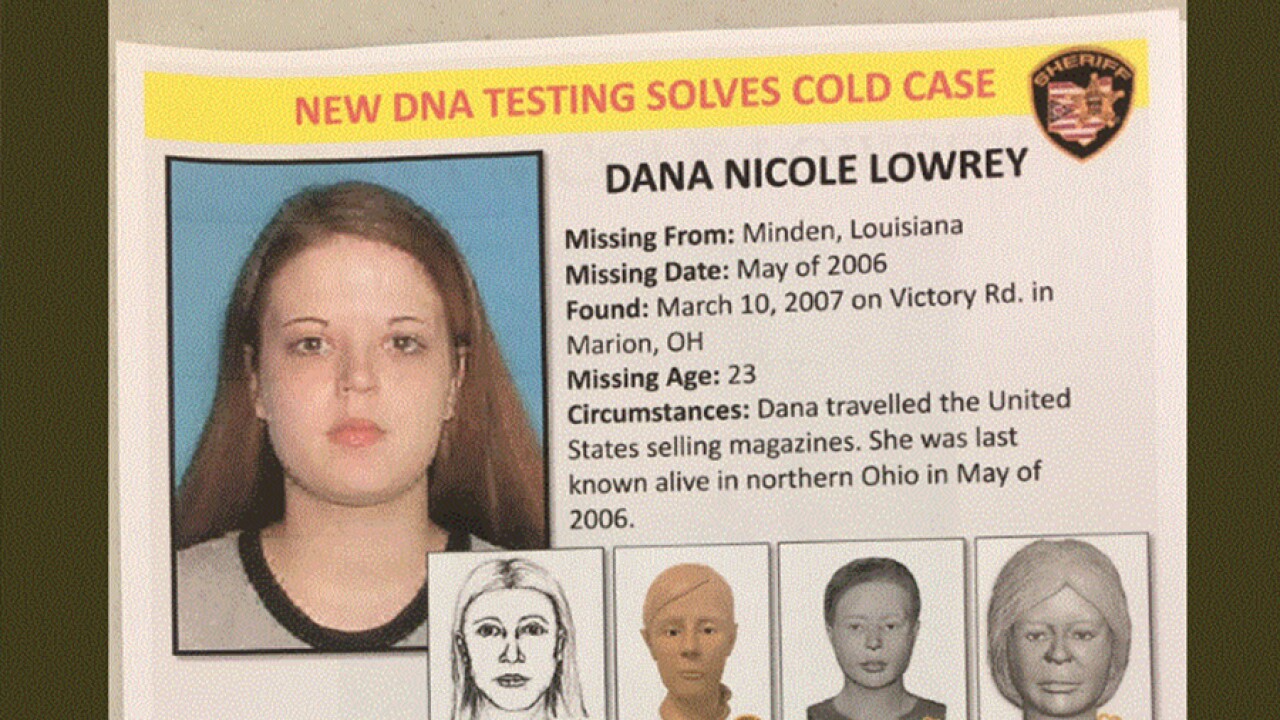 MARION COUNTY, Ohio — A Jane Doe whose body was found in Marion County in 2007 has been identified, and police have confirmed she was a victim of convicted killer Shawn Grate.

The woman has been identified as Dana Nicole Lowrey, 23.

According to Marion County authorities, Lowrey traveled the country selling magazines. In 2016, Grate confessed and said he was responsible for Lowrey’s death, who at the time still remained a Jane Doe.

Grate told police that the woman’s name was either Dana or Diana and she sold magazines. He told officers that she had sold some to his mother, but they never arrived, according to authorities. Police say Grate told them he picked Lowrey up, telling her he wanted to buy more magazines, but then drove her to his house and killed her.

"He coaxed her into his car, took her to his house, took her downstairs to the basement and there he strangled her," Marion County Sheriff Tim Bailey said.

Her remains were later found in a wooded area of Victory Road.

Authorities used DNA from Lowrey’s family members to identify her.

Grate is currently on death row for the murders of Liz Griffith and Stacy Hicks. He has confessed to killing five women.

Dr. David Licate, a professor of criminal justice studies at the University of Akron, has closely followed the cases involving Grate.

“You can have the best detectives in the world, the best-trained, the best-skilled, most-experienced detectives,” Licate said. “Without evidence, you cannot solve a case.”

In this case, Lucate said, Grate’s confession would have been quite helpful to investigators.

“Any investigator will tell you, the best you can do obviously is a confession,” Licate said.

Licate said in the case of Jane Doe, Grate “knew the name of the individual vaguely, he wanted to call her, he actually named her. He had a couple names, and they were able to develop that.”

In addition to facial reconstruction analysis, Licate said investigators used two revolutionary new technologies to find out the identity of the woman believed to be Grate’s first victim. The first was isotope testing, which Lucate said has been applied in other disciplines but is new to forensics.

“We are what we eat and drink, so when you drink water from a particular region, the isotopes from that region are very specific,” Licate said. “They’re absorbed into your skeleton, into your hair.”

That isotope analysis helped investigators narrow down that the woman in question, later identified as Lowrey, was from a state in the southern U.S.

The other new technology used was a familial DNA database, which allowed investigators to connect with Lowrey’s family members. Instead of requiring an exact DNA match, Licate said, it can help investigators find a relative.

“Now, what we can do is find their brother or their child or even a parent,” Licate said. “And they’re not using 20 comparison points. You might use 10, but that’s still a lot of comparison points and that tells us that this is not the exact individual, this is a relative, and then we close the scope of the investigation with that information.”

Licate said that technology isn’t going away, with so many people voluntarily sending their DNA in to companies for testing. He said it has been useful to police in identifying suspects as well as victims, though it is controversial.