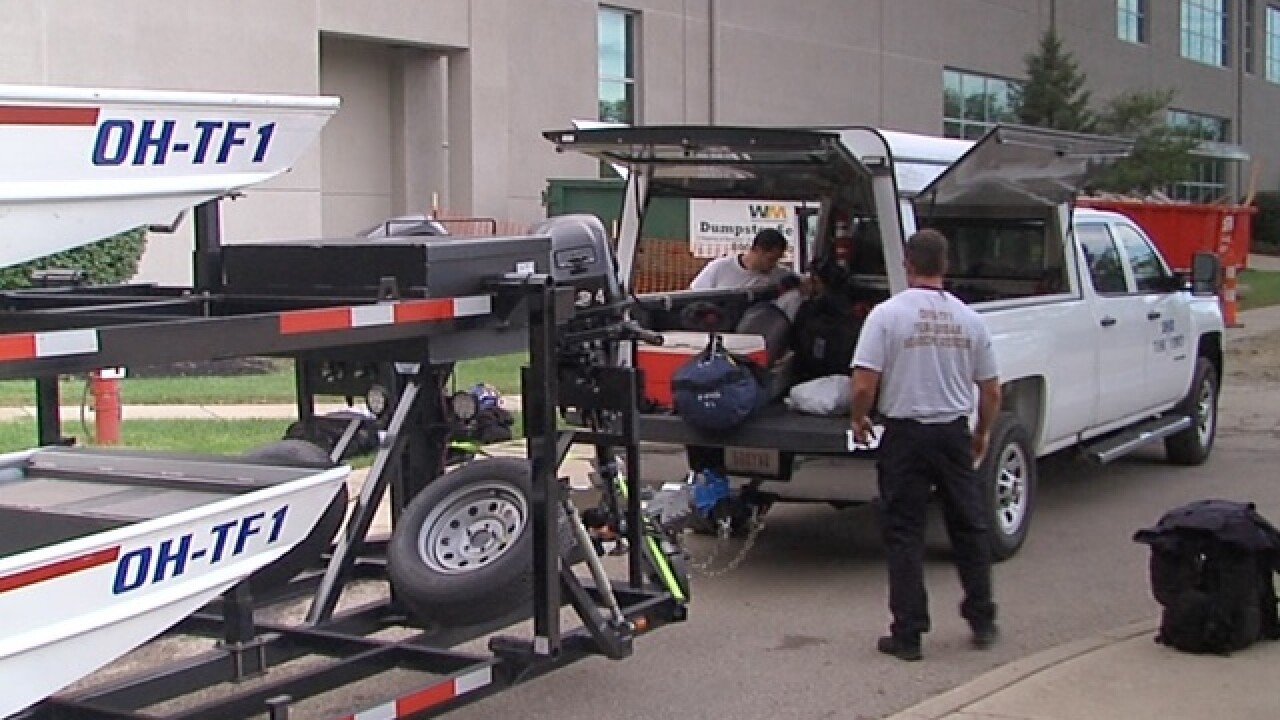 OHTF1 is one of 28 Urban Search and Rescue teams that function within the National US&R Response System managed by FEMA.

The team will report late in the day Saturday to a staging area at Miami International Airport.

Approximately 85 members of OHTF1 will be deployed, consisting of members focused on conducting searches, K-9 searches, providing rescue and medical duties and assisting in logistics needs for the team.

At 105 mph, Dorian is the strongest storm of the Atlantic hurricane season so far. If it makes landfall as a Category 4 storm on Monday as forecast, with sustained winds of around 130 mph, it will be the strongest hurricane to strike Florida's East Coast since Andrew in 1992. By Friday afternoon, Dorian was a Category 3 storm.

It will also be the fourth year in a row of a hurricane of any strength hitting Florida, the most years in a row since the 1940s.

RELATED: Dorian could be the strongest hurricane to hit Florida's east coast since Andrew