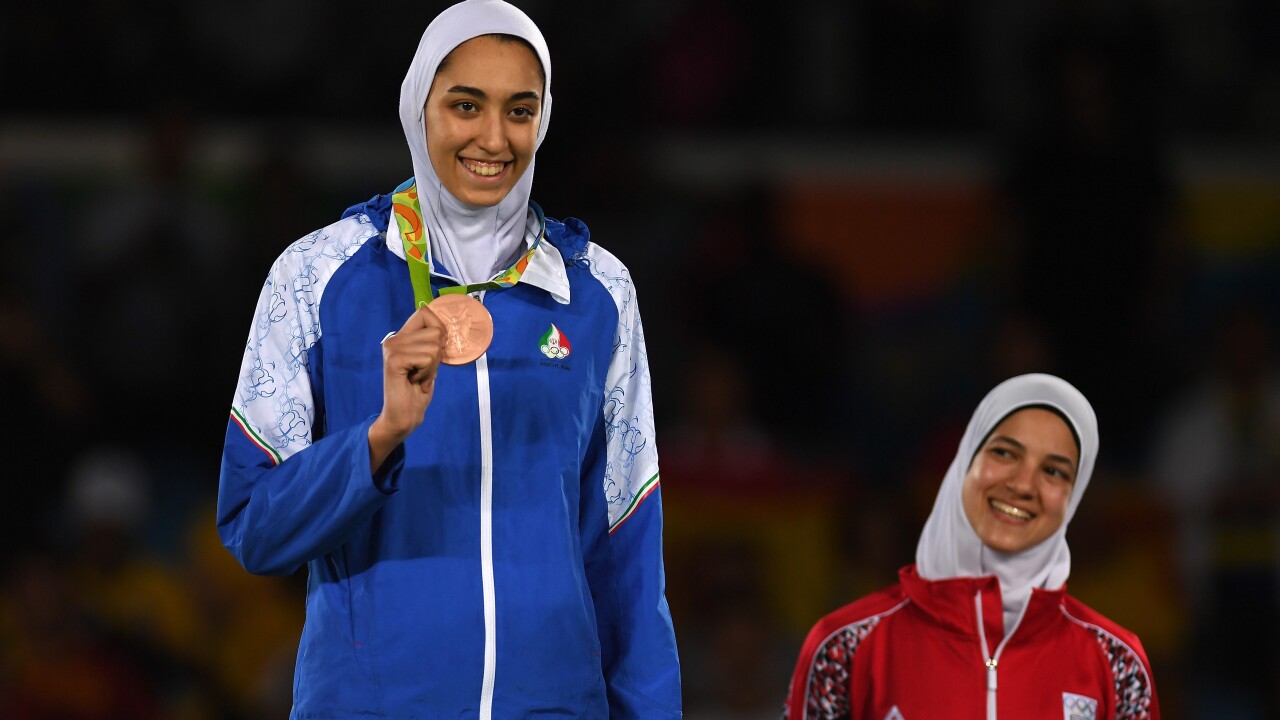 Kimia Alizadeh, Iran's only female Olympic medalist, says she has defected from the Islamic Republic.

The taekwondo athlete has written a blistering online letter that describes herself as “one of the millions of oppressed women in Iran.” She posted the letter on Instagram as Iran's semiofficial ISNA news agency said she had fled to the Netherlands.

She has criticized wearing the mandatory hijab headscarf and accused officials in Iran of sexism and mistreatment.

There has been no immediate reaction from Iranian authorities. ISNA has said that she was reported injured and unable to compete.

The 21-year-old won a bronze medal at the 2016 Olympics in Rio de Janeiro.