Another day, another Indians injury as Kipnis leaves game with sore wrist 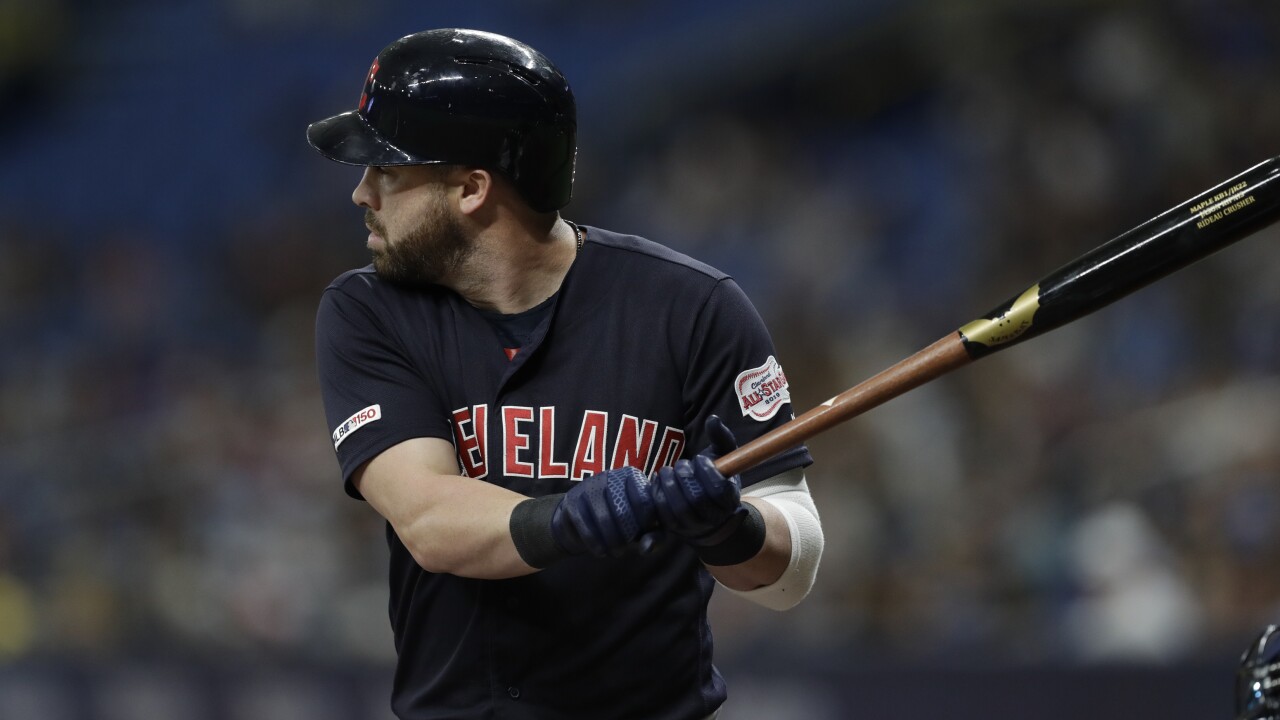 Kipnis left the game against the Tampa Bay Rays after the seventh inning with a sore right wrist.

The wrist discomfort is something Kipnis says he's been dealing with for some time.

"It's been there, I don't see it to be anything to keep me out hopefully," Kipnis said. "We'll just find out how we feel tomorrow morning."

In his last 10 outings prior to Saturday’s game, Kipnis was batting .211 with six RBIs and four home runs.

The Tribe has had more than their fair share of injuries this season, it’s almost impossible to keep up with them all.

In Friday night's game against the Rays, outfielder Tyler Naquin tore his ACL after catching a ball in far-left field and hitting the wall. He has a follow-up examination on Sept. 2 but will be out for the rest of the season.

Indians third baseman Jose Ramirez left the game last Saturday against the Royals in the first inning because of “discomfort” in his right wrist. He was later diagnosed with a hook of the hamate fracture, which required surgery. Ramirez will miss the rest of the regular season, expected to return Major League game activity in five to seven weeks.

Indians ace Corey Kluber suffered a broken right arm on May 1, and then suffered an internal oblique strain during his rehab stint with the Columbus Clippers on Aug. 18. He will be reexamined early in September.

Starter Carlos Carrasco was out for several months following a leukemia diagnosis. He is expected to return Sunday. Another Indians starter, Mike Clevinger, was placed on the injured list on April 7 with a strain in his back. He returned on June 17.

With the Tribe trailing the Twins 4.5 games in the AL Central standings ahead of Saturday’s game, these injuries are looking to end Cleveland’s shot at winning the division and making the Wild Card race more difficult than ever.

But like they say, "It ain't over till it's over."