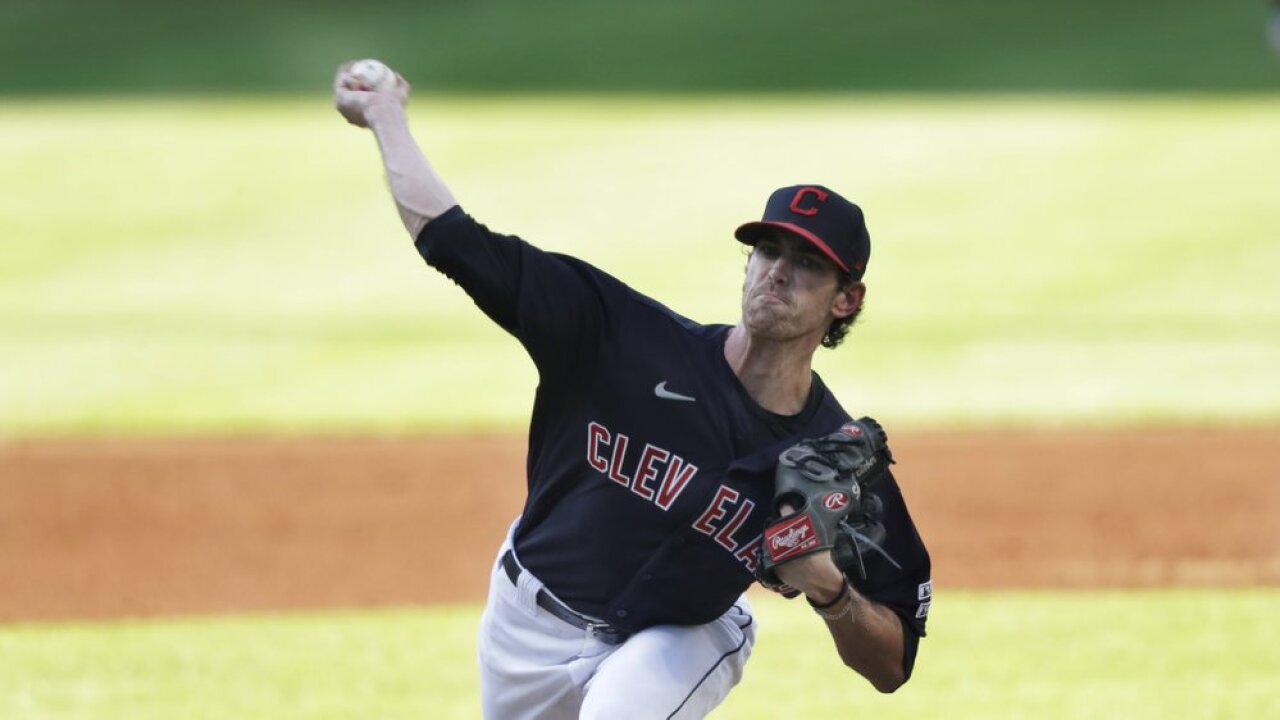 CLEVELAND — From All-Star MVP to ace, and Shane Bieber’s only getting better.

Bieber struck out 14 over six scoreless innings as the Indians, making a statement for minorities by wearing their road jerseys with “Cleveland” on the front, took off on a 60-game season sprint by beating the Kansas City Royals 2-0 in their delayed home opener on Friday night.

Bieber began last season as a No. 5 starter with plenty of potential. But the 25-year-old, who earned MVP honors in the All-Star Game at Progressive Field in July, has become the heir apparent to two-time Cy Young Award winner Corey Kluber, traded by Cleveland to Texas in December.

RELATED: PHOTOS: Cleveland wins at home against Kansas City 2-0 on opening day like no other

Bieber’s 14 strikeouts set a club record for opening day and are the most in the majors in an opener since Hall of Famer Randy Johnson also fanned 14 on March 31, 1996.

Oscar Mercado and César Hernández drove in runs in the fifth for Cleveland, which was blanked over the first four innings by Royals starter Danny Duffy (0-1).

But Duffy was pulled in the fifth by first-year Royals manager Mike Matheny after 65 pitches. Reliever Scott Barlow then gave up consecutive hits to Mercado and Hernandez, the Indians’ new leadoff hitter and second baseman.

Adam Cimber and Nick Wittgren pitched a scoreless inning apiece, and Brad Hand worked around hitting the leadoff hitter in the ninth for a save.

The Royals struck out 18 times.

As the club contemplates a name change for the first time in 105 years, the players elected to wear their blue road “Cleveland” jerseys instead of the home whites with “Indians” across the chest.

All-Star shortstop Francisco Lindor said the fashion choice was a statement designed to raise awareness for all minorities and support the team’s consideration of a name change that many groups have said is long overdue.

“It gives us hope that change will get done,” said Lindor, whose uncertain future hangs over the club. “It’s a huge statement. I stand by my teammates. I stand by minorities and people who need the spotlight. We’re there.”

Bieber started slowly, hitting Whit Merrifield to open the game before settling in and finding his groove.

The right-hander struck out eight of nine during one stretch and sent more than one Royals back to the dugout shaking his head.

Bieber ran into his only trouble in the fifth. A pair of singles gave the Royals runners at second and third with two outs, but Bieber struck out Adalberto Mondesi to end the threat and punctuated the punch-out with a fist pump.

Copyright 2020 The Associated Press. All rights reserved. This material may not be published, broadcast, rewritten or redistributed without permission.