Tribe officially eliminated from playoff contention in loss to Nationals 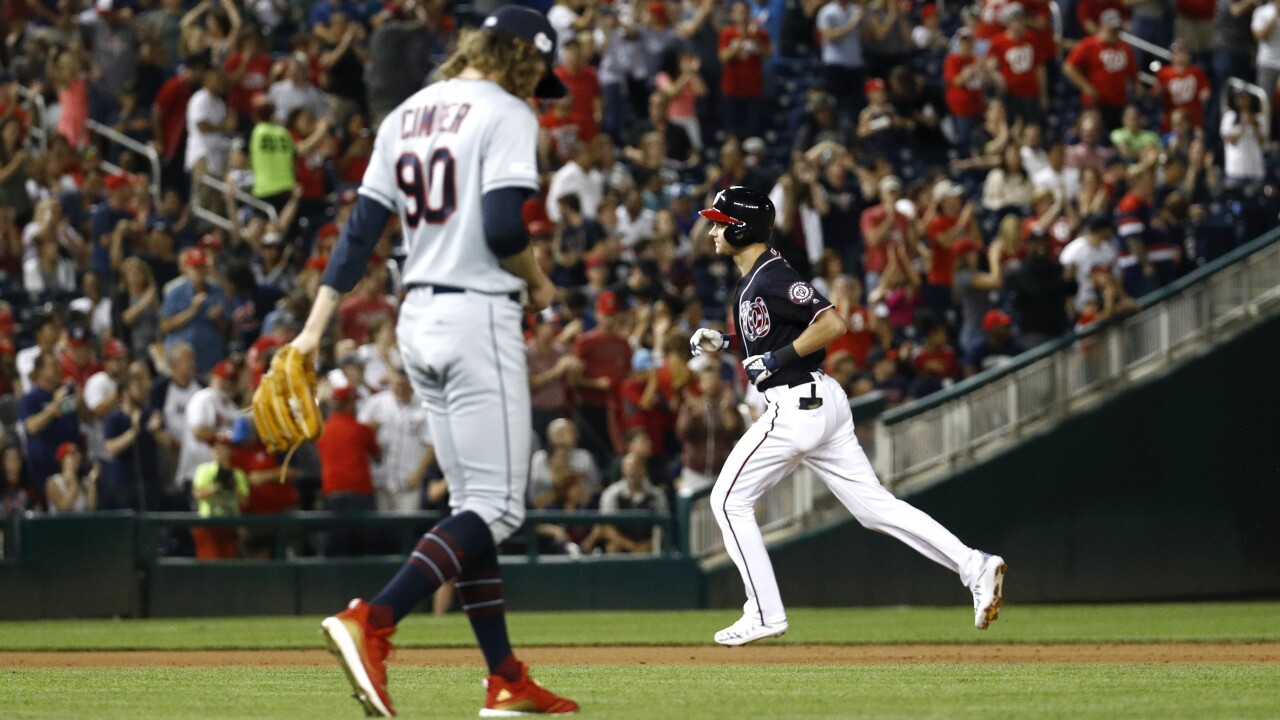 WASHINGTON — The Indians' hopes at making the playoffs were put to rest with their loss to the Washington Nationals Friday night.

In order for a shot at a Wild Card spot the Indians needed to win all three of their last games and the Tampa Bay Rays needed to lose two of their last three games—neither of which happened.

While a bit rocky, the Tribe didn’t have a terrible season. With 93 wins as of Friday, the Indians have more wins this season than in 2018 and are one shy of the total number of wins in 2016—the year they went to the World Series.

This season the Indians set a record for winning the most games without making it to the postseason since the Wild Card Game was added in 2012.

Unfortunately, the Indians 93 wins this season weren’t enough to cut it in the American League. With the Twins running away with the AL Central, clinching the division became unreachable for the Tribe, despite catching up to the Rays in early August. The Rays and Athletics took the Wild Card spots with their 95+ and 96+ wins this season.

Cleveland made some moves this season as they attempted to strengthen the team for a playoff run. In July, the Indians traded pitcher Trevor Bauer and acquired some talented batting. Sluggers Yasiel Puig and Franmil Reyes came to the Indians as part of the Bauer trade.

Although they added strong players to the team, the Indians lost more as they struggled with injuries throughout the season, hindering their attempts to make the playoffs.

Second baseman Jason Kipnis and third baseman Jose Ramirez both fractured their hamate bone this season. Ramirez underwent surgery and was out for 26 games but made an early return on Tuesday (and it was incredible.) Kipnis was ruled out for the remainder of the season.

The Indians also lost outfielder Tyler Naquin for the season when he tore his ACL during a game late in August.

A season riddled with injuries and misfortune will officially end on Sunday as they wrap up their three-game series with the Nationals.

While they won’t be in the playoffs, the Indians can hang their hat on a season that went better than it seemingly should have, given the circumstances.