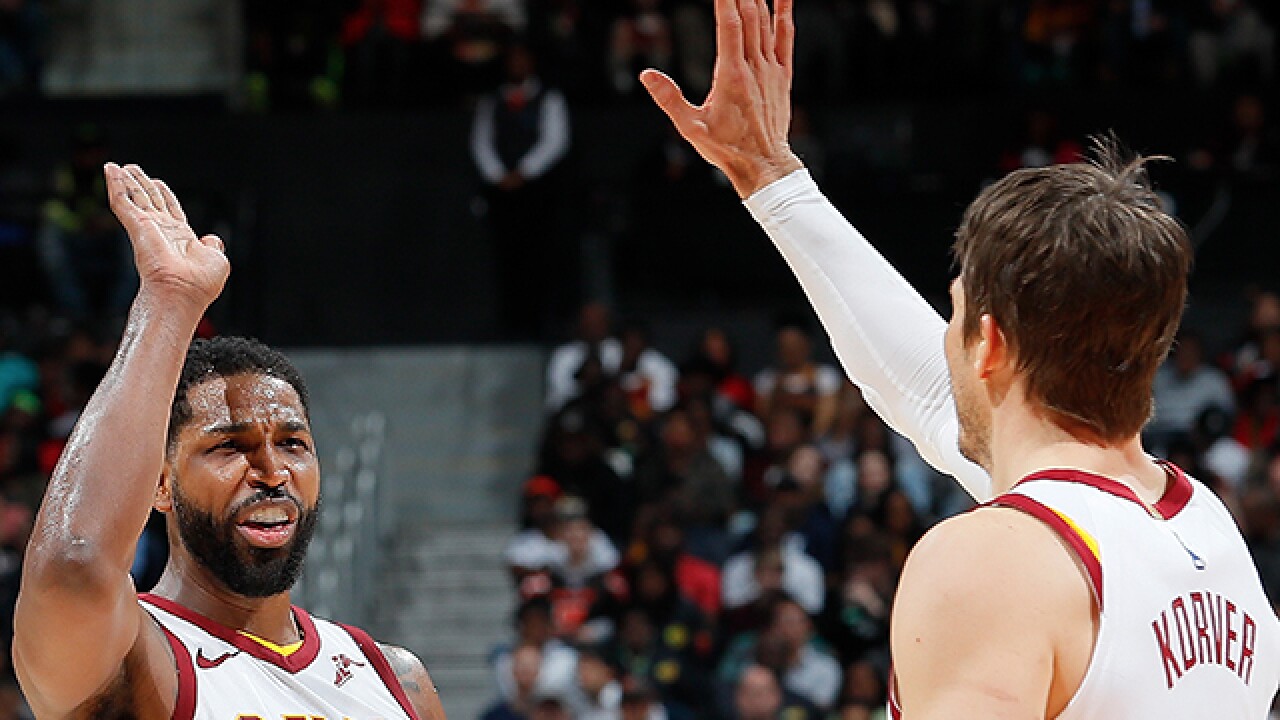 The newest Cavaliers have arrived, and they're excited to hit the hardwood Sunday night in their first game as Clevelanders.

"You know, watching the game last night, kind of got a lot of butterflies in my stomach, I was up all night," George Hill, who came from the Sacramento Kings, said. "Couldn't sleep because I'm just excited. You know I'm excited to be a part of this heritage, this tradition. I'm excited to be with these new teammates and things like that. I see how many overshots a lot of them get. I'm just looking for my shot, waiting for my opportunity."

What did the new guys think while watching our #CavsHawks win?
What is the mindset for their first #Cavs game today? @CavsFredMcLeod found out!
Watch as George, Jordan, Larry and Rodney check in. #AllForOne pic.twitter.com/GNEAw4efHl

Larry Nance Jr., who came from the Los Angeles Lakers, is excited to be back where he grew up  and playing "for the team I've been rooting for my whole life."

"This is home ... I just can't wait to play for the team that I've been rooting for my whole life. @Larrydn22 is ready to suit up for the Cleveland Cavaliers.
WATCH → https://t.co/To9CR9Kda9 pic.twitter.com/PEXw9DJZVP

Coming over from the Utah Jazz, Rodney Hood said he's here to play ball, and the most important thing to him is to bring energy to the court and the team.

The biggest thing @rodneyhood plans to bring to the squad right away?
Energy.
WATCH → https://t.co/9Snk933Fz6 pic.twitter.com/sBN4WmR8of

Jordan Clarkson, who also came from the Lakers, is ready to be apart of the Cavs and do whatever he needs to do for the team.

. @JordanClarksons is ready for whatever he needs to do for the Wine & Gold.
WATCH → https://t.co/fxuowwcuje pic.twitter.com/gKfnXChtbs

The Cavs take on the Celtics in Boston Sunday at 3:30 p.m.