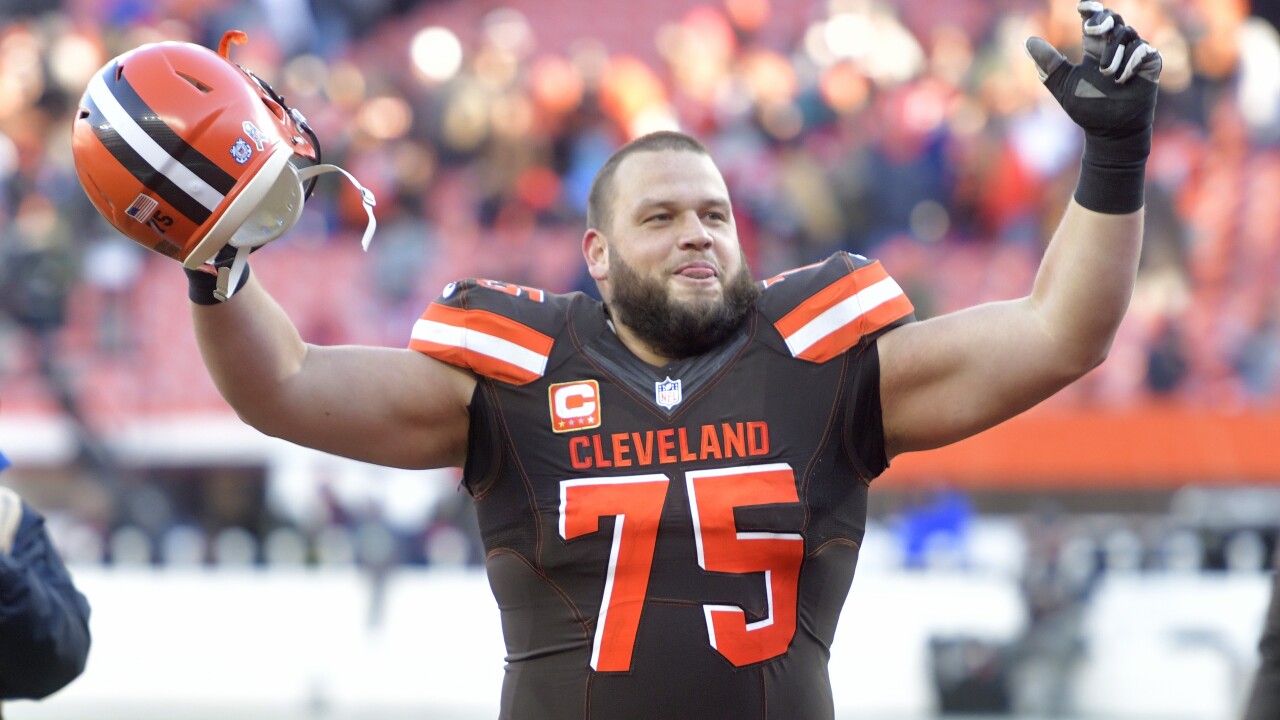 (Copyright 2020 The Associated Press. All rights reserved. This material may not be published, broadcast, rewritten or redistributed.)
David Richard/AP
FILE - In this Sunday, Nov. 11, 2018 file photo, Cleveland Browns offensive tackle Joel Bitonio celebrates after the Browns defeated the Atlanta Falcons 28-16 in an NFL football game in Cleveland. Browns guard Joel Bitonio has a campaign manager working on his Pro Bowl election. "My grandma really wants me to go," he said. "She thinks I'm a good player and she votes a lot." The fifth-year pro has a good chance of being chosen for his first Pro Bowl.(AP Photo/David Richard, File)

CLEVELAND — The Cleveland Browns will have another player added to the Pro Bowl roster.

Guard Joel Bitonio has been added to the team and will replace Pittsburgh Steelers guard David DeCastro.

“I am so honored to be able to represent the city of Cleveland and all the great Browns fans at the Pro Bowl,” said Bitonio. “It’s good to be recognized by the players, coaches and fans for your hard work. What’s really cool, though, is that I can share this honor with Myles and Denzel, but I wish all our offensive linemen could come too because it’s a group effort.”

Bitonio is the longest-tenured member of the Browns and was a team captain.

He started all 16 games at left guard and did not miss an offensive snap for the second consecutive season.

The Browns three Pro Bowl selections are the most since the 2015 season when tightend Gary Barnidge, center Alex Mack and left tackle Joe Thomas were selected.