Columbus Blue Jackets 1 win away from series sweep against Lightning 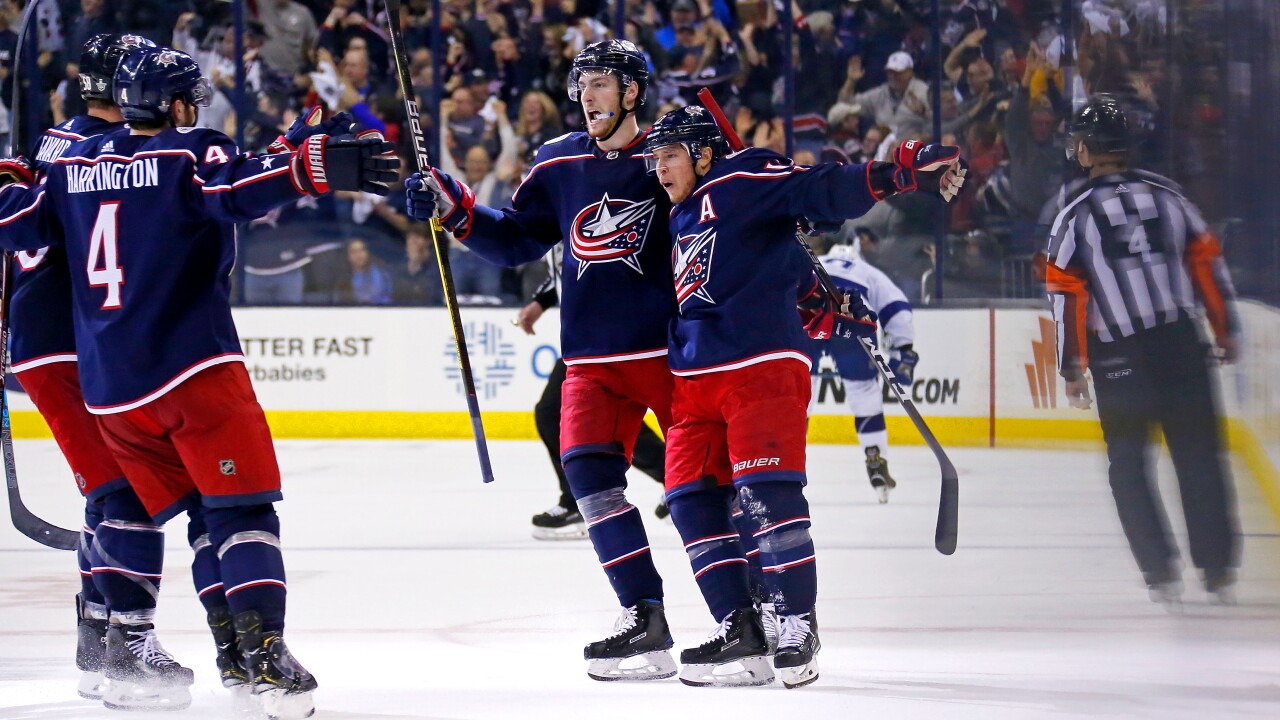 Kirk Irwin/Getty Images
COLUMBUS, OH - APRIL 14: Cam Atkinson #13 of the Columbus Blue Jackets is congratulated by his teammates after scoring an empty net goal during the third period of Game Three of the Eastern Conference First Round against the Tampa Bay Lightning during the 2019 NHL Stanley Cup Playoffs on April 14, 2019 at Nationwide Arena in Columbus, Ohio. Columbus defeated Tampa Bay 3-1 to take a 3-0 series lead. (Photo by Kirk Irwin/Getty Images)

COLUMBUS, Ohio — The Columbus Blue Jackets are just one game away from sweeping the Tampa Bay Lightning in the Stanley Cup Playoffs.

The Blue Jackets entered their first home game of the series in Nationwide Arena on Sunday up 2-0.

The game was scoreless through the first period, but a goal scored by Matt Duchene assisted by Cam Atkinson and Zach Werenski in the second period put the Blue Jackets up 1-0.

Later in the second period, Oliver Bjorkstrand put Columbus up 2-0 with a Power Play Goal.

ON THE POWER PLAY! #CBJ pic.twitter.com/9qCQdTdQJG

The Lightning answered back with a goal scored by Ondrej Palat, but the Blue Jackets clinched the win with an open net goal in the last minute of the game by Atkinson, putting Columbus up 3-1.

This third upset over top-seeded Tampa Bay puts the Blue Jackets one game out from sweeping the series and heading into the second round of the playoffs.

The Blue Jackets will look to win their first playoff series in franchise history in Game 4 on Tuesday.