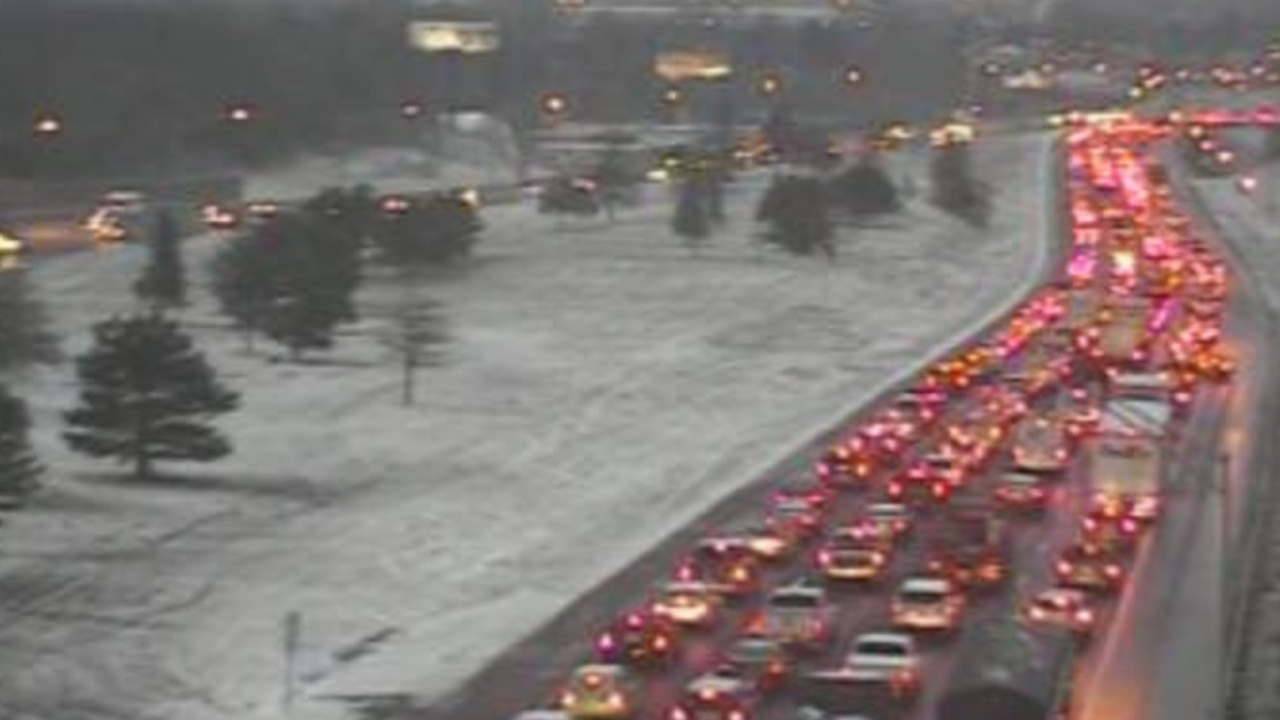 CLEVELAND — A crash on I-480 eastbound at I-271 is causing heavy delays for morning commuters.

You’re looking at a 50 minute ride on 480 from 77 to 271... just passed through the area and the crash causing delays looks to be clear. Still lingering delays. pic.twitter.com/mhy0l3b2yw

Lake effect snow is starting to stick on the roadways, particularly in the snowbelt.