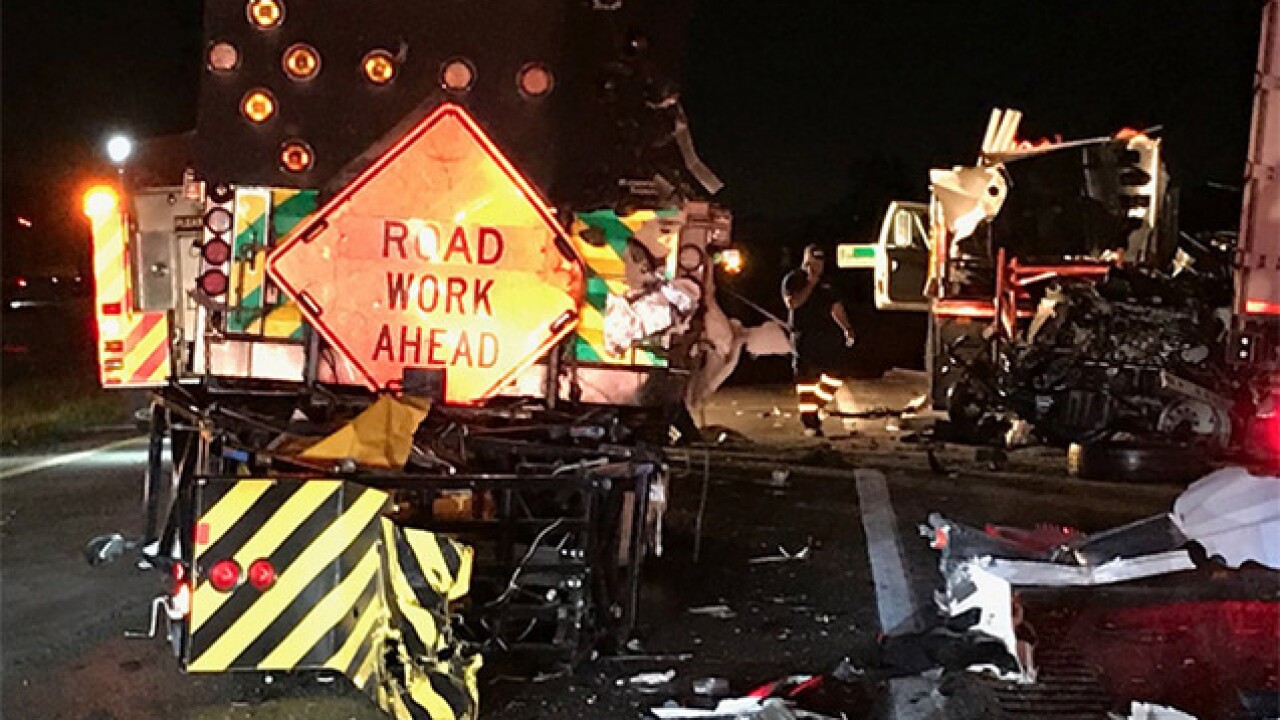 Image copyright 2018 Getty Images. All rights reserved. This material may not be published, broadcast, rewritten, or redistributed.
<p>This aftermath photo shows the destruction of ODOT vehicle after a semi crashes into roadside crew. Photo via The Ohio Department of Transportation.</p>

A photo released by the Ohio Department of Transportation is another stark reminder about the dangers roadside workers face on a daily basis.

The Central Ohio branch of ODOT shared some tough news early Tuesday morning. Crews were picking up what was left of a work zone on I-71 northbound between Rt. 665 and Rt. 62 when they were struck by a semi.

There’s no excuse for this. None. These men and women are HIGHLY visible. They’re out there trying to make our roads better. The ONLY thing they ask for is your attention! Stop. Hitting. Roadside. Workers. https://t.co/DWAyyb8tOU

Two ODOT workers were rushed to area hospitals where they reported to have non-life threatening injuries.

Last week, our overnight photographer caught dozens of motorists refusing to move over for emergency vehicle at the scene of a crash.

In 2009, the "Move Over" law was put in place to protect first responders and roadside workers. The law requires all drivers to move over one lane when approaching any vehicle with flashing lights, if moving over isn't possible, drivers are supposed to slow down.

In the past five years, cruisers, alone, were involved in 58 crashes relating to the "Move Over" law, News 5 previously reported.