It was a dangerous and, in one case, tragic commute this morning across Northeast Ohio. Many morning commuters were impacted by icy road conditions caused by freezing rain. As the day continues, we will be monitoring a snow and rain mix ahead of the evening commute.

What to expect for the afternoon

As temperatures start to warm up to the mid-30s in the afternoon, snow and rain will linger. However, as the evening wears on, the rain will turn to a mix of sleet and snow, setting up another dangerous commute tonight, similar to this morning's mess, Meteorologist Mark Johnson says. 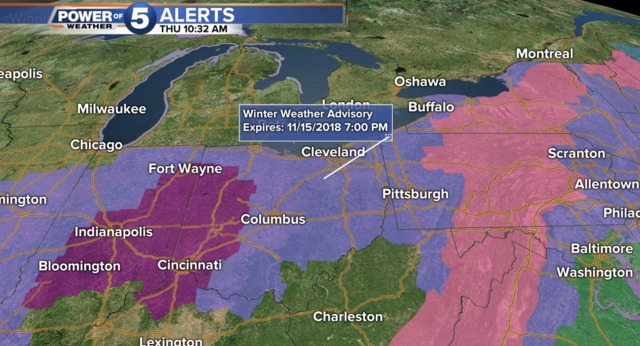 ODOT reduces speed on I-90 in Lake County

The Ohio Department of Transportation reduced the speed limit on I-90 in Lake County to 60 mph Thursday in an effort to curb pileups and accidents during bad weather. Read more here.

The Canton Police Department reported about 28 crashes on city streets and highways between 5 a.m. and 12 p.m. Thursday due to icy road conditions.

Fatality on U.S. 30
There was a fatal crash on U.S. 30 just east of Cherry Avenue that caused a chain reaction of other wrecks.

Dozens of schools are closed
Check out the complete list here.

Driving through freezing rain since 4:30 am. Now there’s a heavy layer of ice covering Stormtracker. pic.twitter.com/NRtTOgLsGF

Why were the roads a mess this morning?
Many areas are seeing freezing rain and ice accumulation. It falls as rain but with temperatures below freezing, it hits the road as ice. 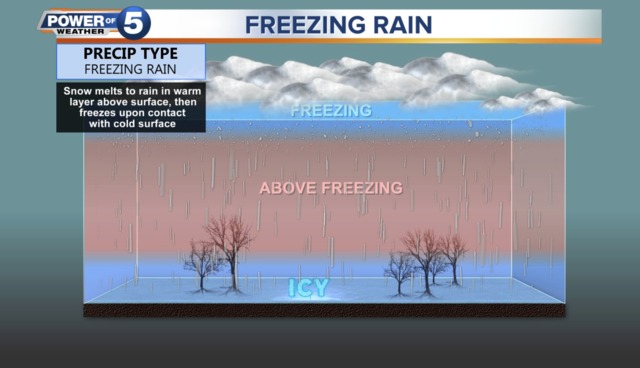 TRAFFIC
Meteorologist Bryan Shaw with a look at this morning's rush hour.

We spent the morning tracking a mix of rain, snow, sleet and freezing rain.

STORMTRACKER 5: Freezing rain south of Canton on 77 N. I’ve passed at least 6 ODOT trucks this morning so make sure you give them room to do their thing! pic.twitter.com/PLWL1xECpr

Semi overturned
Our StormTracker spotted a semi facing northbound in the southbound lanes of I-71 near Route 30. It was one of many accidents witnessed by News 5 crews on the road this morning.

I-76 was closed
Multiple accidents on I-76 eastbound and westbound at the 29-mile marker, according to Tallmadge Fire Department. The freeway was closed eastbound between Tallmadge at Gilchrist Road for a while this morning.

Multiple traffic accidents on I 76 eastbound and westbound at the 29 mile marker. Please be aware of icy conditions this morning.

Evening commute
Rain, sleet and snow are expected to affect most areas throughout most of the day on Thursday.