A Wind Chill Watch has been issued for all of northern Ohio from late Tuesday through Thursday afternoon, as the area may experience some of the coldest temperatures it has seen in years.

An arctic air mass will bring below-zero temperatures and wind chills between minus 20 and minus 35 degrees, according to Power of 5 Chief Meteorologist Mark Johnson.

This could be the coldest weather the area has experienced since 2015, and possibly since 1994, Johnson said. The coldest temperature on record is minus 20 degrees in 1994. And while Johnson does not believe we will break that record, if we do not recover to above-zero temperatures on Wednesday, it will be the first time we have seen daytime temperatures stay below zero since 1994. It would also likely be a record for one of the top five coldest periods in northern Ohio.

From Tuesday evening to Thursday afternoon, there will be winds of 10 to 20 mph across the area, with gusts to 30 mph, which will allow for wind chills of 25 to 35 degrees below zero, with some spots in northwest Ohio perhaps getting as cold as 40 degrees below zero, according to the National Weather Service. This will cause life-threatening cold conditions.

At these temperatures, frostbite can occur within 10 to 15 minutes.

Schools will likely close by the hundreds Wednesday and Thursday, as the threshold for school closings is generally between minus 12 and minus 15 degrees, either air temperature or wind chill.

Elderly neighbors will need to be checked on.

Anyone working outside will be seriously impacted.

According to the NWS, the areas included in the Wind Chill Watch include the following counties: 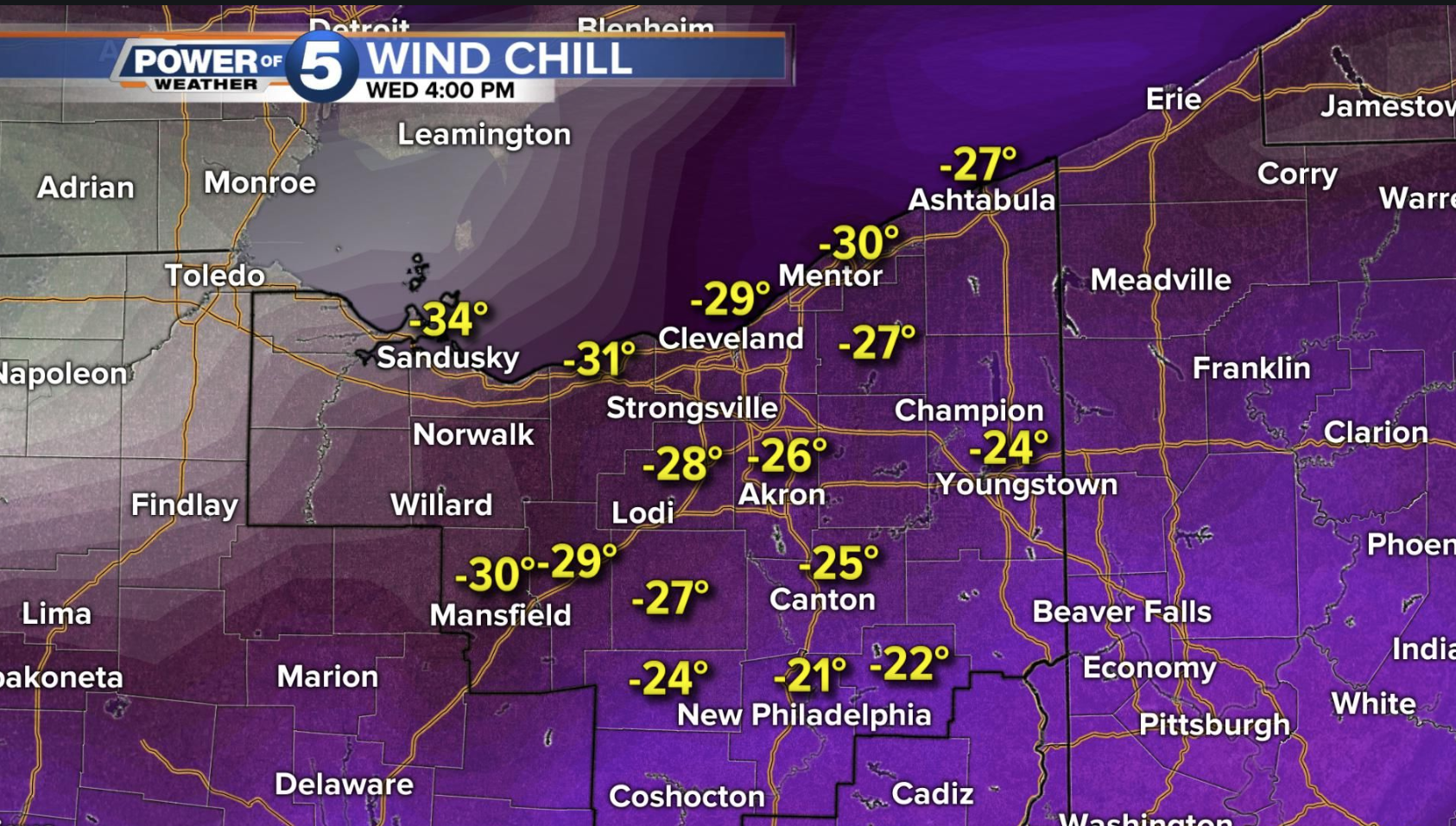