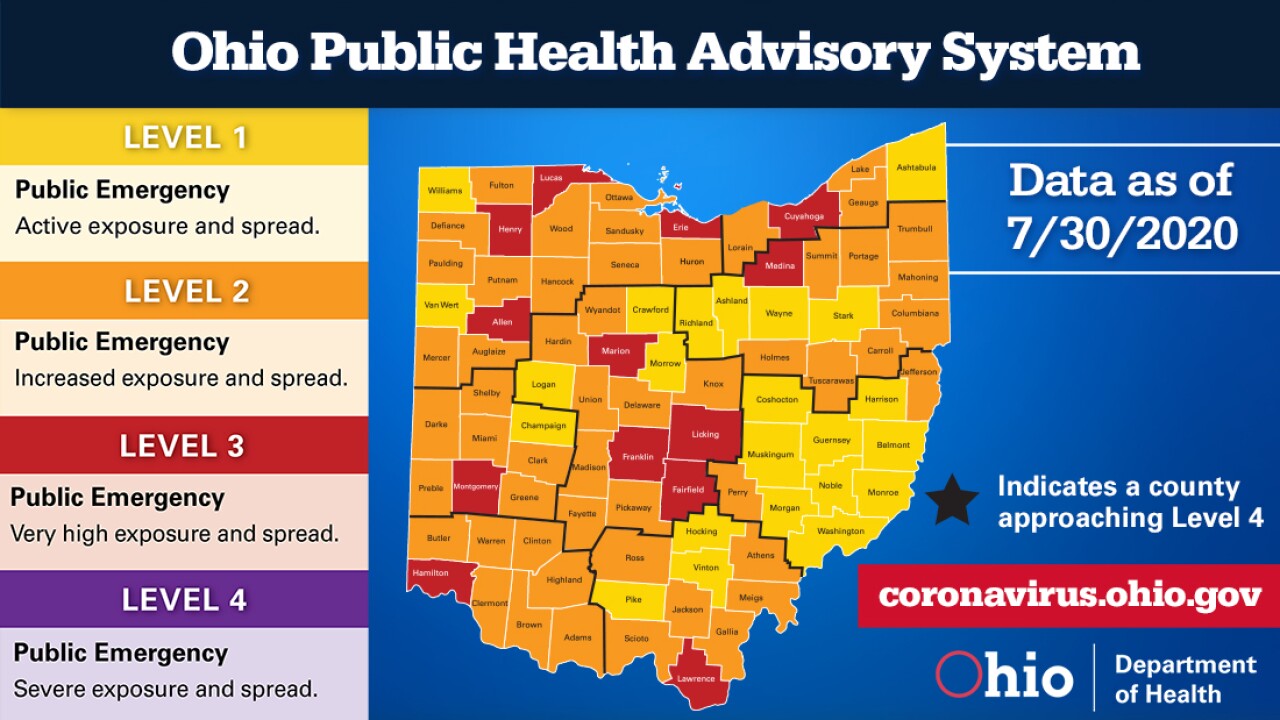 COLUMBUS, Ohio — During the weekly update of the Ohio Public Health Advisory System, Gov. Mike DeWine announced that some of the counties that were at red Level 3 had dropped and urban counties that have been under mask mandates the longest are seeing a significant decrease in numbers.

Although the number of cases in those urban counties is still high, the rate of case increase has been “dramatically slowed down,” DeWine said.

While there were fewer red Level 3 counties in the state of Ohio, there was a surge in counties increasing from yellow Level 1 to orange Level 2.

DeWine said that the increase from Level 1 to Level 2 is trending in rural counties and he believes it is a direct result of not wearing masks the way that urban counties have had to do.

Ten counties in total were moved down to Level 2 from Level 3 over the last week, bringing the number of red counties to 13.

Cuyahoga County remains at red Level 3, but has seen a decrease in the number of cases per hundred thousand. Medina County and Erie County are also at red Level 3.

Ashland, Ashtabula, Richland, Wayne and Stark counties all have remained at yellow Level 1.

To see the state’s details in each county, click here.