Music festival Coachella called off until October due to coronavirus 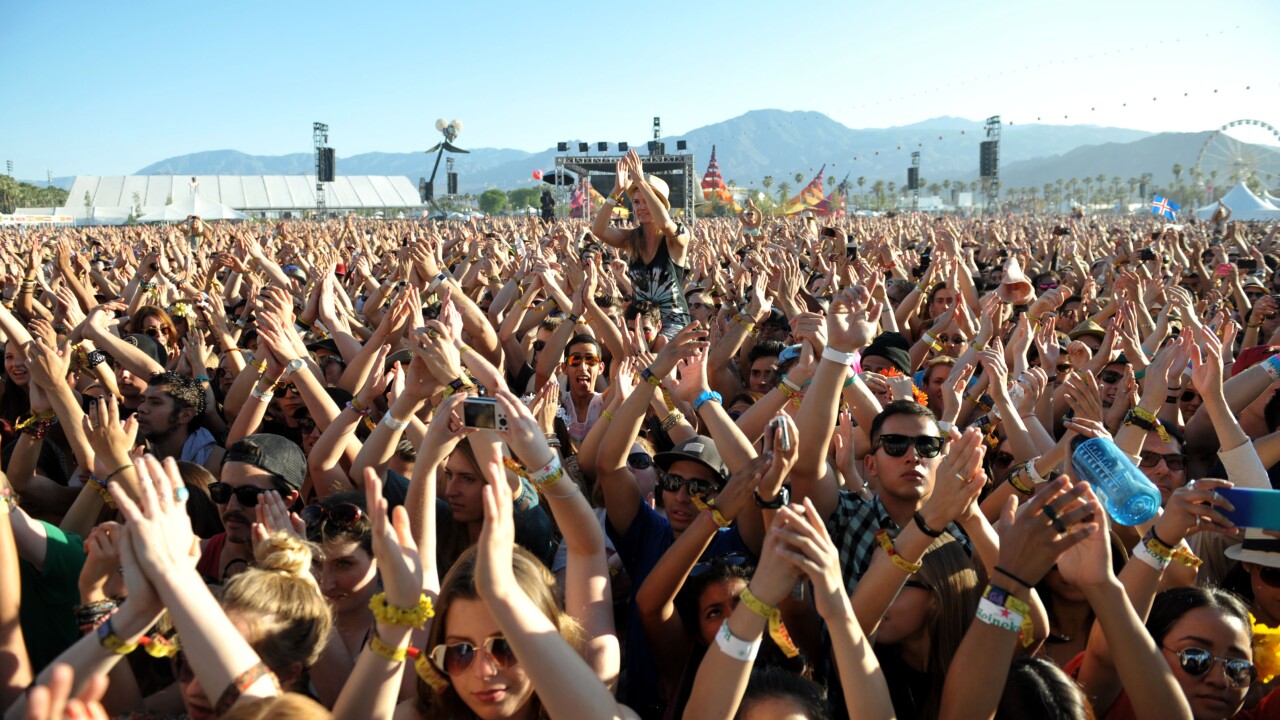 FILE--This 2013 file photo shows part of the crowd at the 2013 Coachella Valley Music and Arts Festival at the Empire Polo Club in Indio, Calif. Dubbed the Desert Trip, a classic-rock concert featuring the Rolling Stones, Bob Dylan, Paul McCartney, Neil Young, Roger Waters and the Who has been set for the desert site Oct. 7-9, 2016. Confirming weeks of rumors, Goldenvoice Entertainment announced Tuesday, May 3, 2016, it is bringing together the greatest musical acts of the 1960s and - well, really just the 1960s - for one three-day blowout in Californias Coachella Desert. (Photo by John Shearer/Invision/AP, File)

Popular music festival Coachella has officially been postponed until October due to coronavirus fears. The festival, which was slated to be held during two weekends in April, attracts thousands from across the world.

The Stagecoach Music Festival was also announced to be postponed.

The festival said that it was heeding advice from health officials in California.

Tickets will be good for the rescheduled October dates. Those unable to attend can seek refunds, with additional information coming by March 13.

This year's Coachella Festival was slated to feature Rage Against the Machine, Travis Scott and Frank Ocean. With more than 100 artists slated to perform, it is unknown if any will be forced to drop out.