Speaker Pelosi calls for SNAP benefits to be expanded 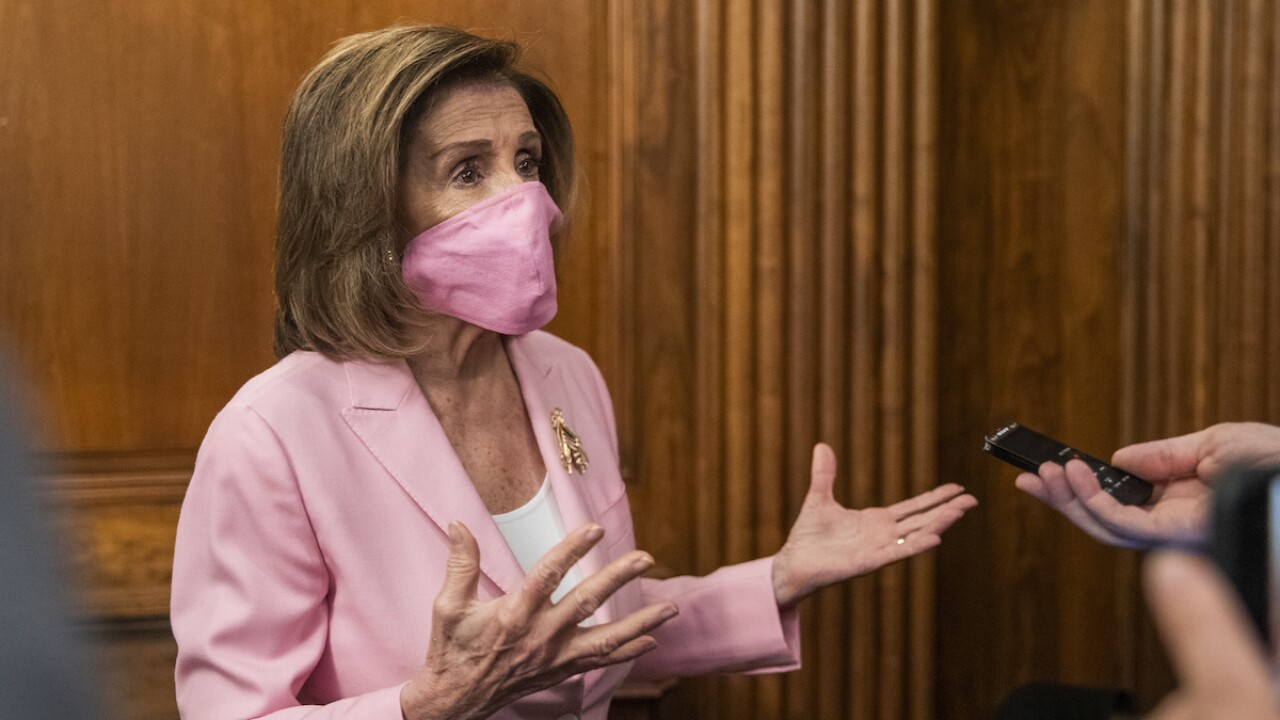 In the last two months, nearly one-fourth of the US workforce has gone unemployed. As those dire figures were released on Thursday, House Speaker Nancy Pelosi, D-Calif., called on Congress to pass an expansion of SNAP benefits during the COVID-19 pandemic.

Food banks throughout the United States are being overwhelmed with a combination of increased demand and decreased donations. Adding to the grimness, the nation’s meat supply has faced disruptions as meat production plans have encountered localized outbreaks of COVID-19.

“In addition to putting money in people’s pockets, direct payments, unemployment insurance, some other tax credits etc., we really also need to put food on the table,” Pelosi declared on Thursday.

Lawmakers are in the midst of discussing the next relief bill, which could include a second stimulus check, assistance for states, and expanding the Paycheck Protection Program.

Pelosi didn’t offer details of how much funding she would support to expand SNAP, but said its an issue she hopes could garner bipartisan support.

“We have to have SNAP,” Pelosi said. “When I was hungry, you fed me. Why is that a mystery? The American people know it, the food banks are overwhelmed, and we have to have a significant increase in SNAP in there.”

Late last month, Feeding America, an organization that supplies national support for food banks, said that child food insecurity could reach an all-time high due to the coronavirus pandemic. An study by Feeding America found that nearly 1 in 4 children could become food insecure in the coming months.

“This pandemic has brought the plight of so many millions of our neighbors to the forefront,” Claire Babineaux-Fontenot, CEO of Feeding America, said. “Every car waiting in a distribution line is a family seeking food and encouragement.”

Some states aren’t waiting for action from the federal government. On Thursday, New York Gov. Andrew Cuomo discussed a program that is redirecting food from farms to food banks.

Cuomo said that 20,000 households are participating in the program.

“We have upstate farmers who cannot sell their product, and downstate families that cannot get enough to eat,” Cuomo said. “So we have been funding efforts to connect the farmers to the downstate food banks. And we have done that with about $25 million to what we call our “Nourish New York” initiative. And that has worked. We are funding about 50 food banks that have 2,100 farms that are delivering food to those food banks.”