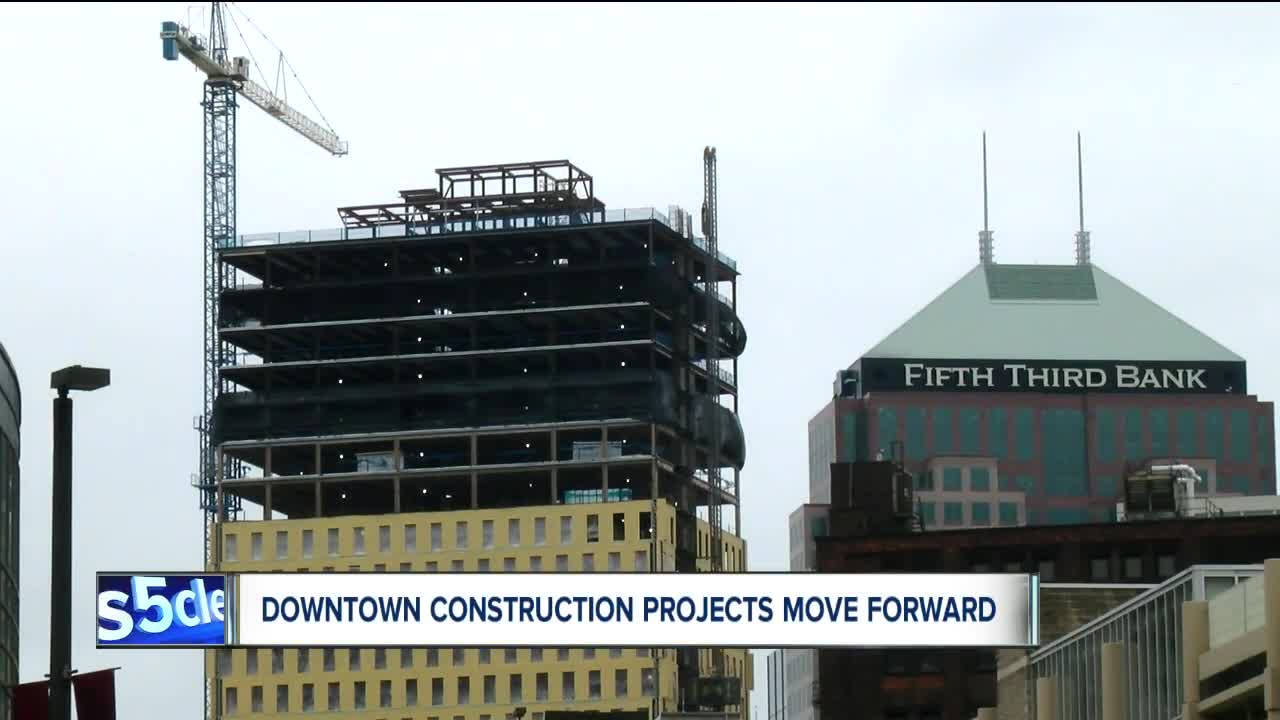 Cranes are a familiar sight these days in downtown Cleveland as work continues on several major projects. 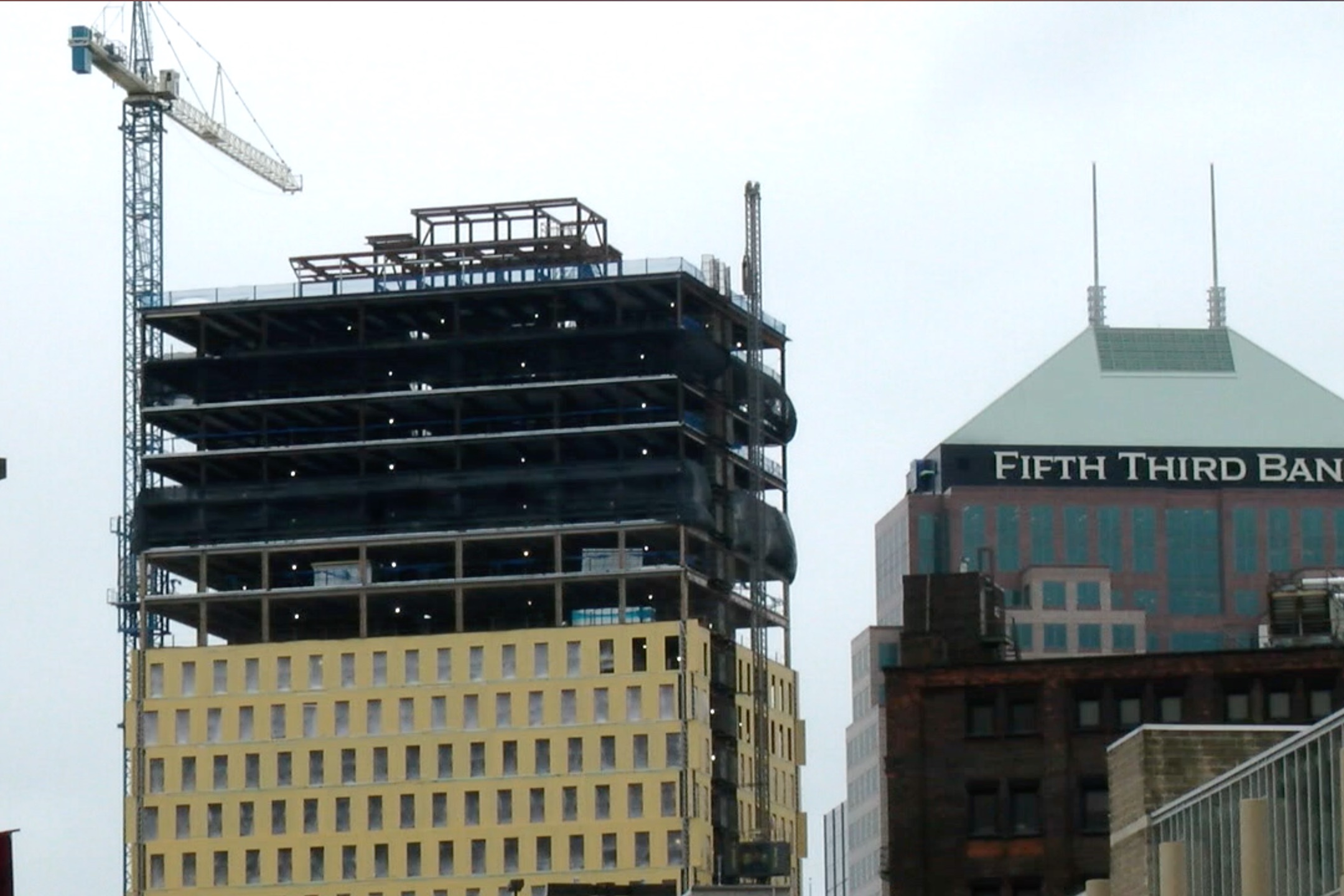 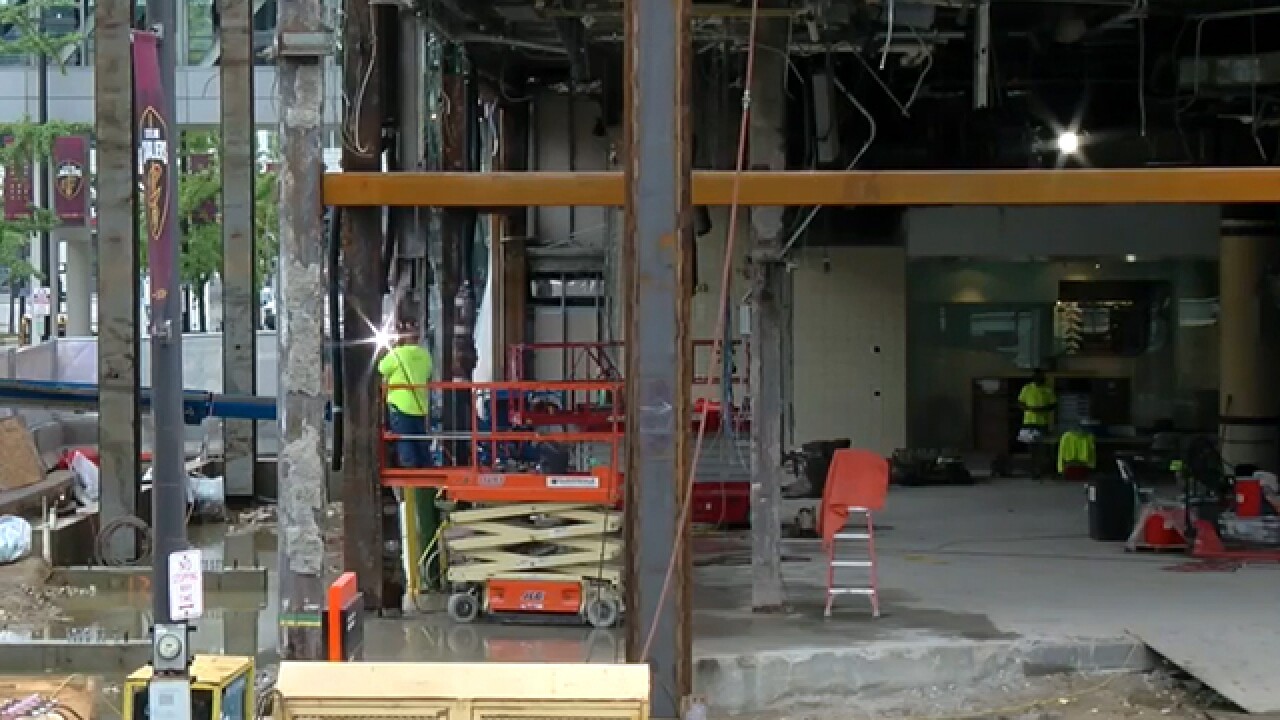 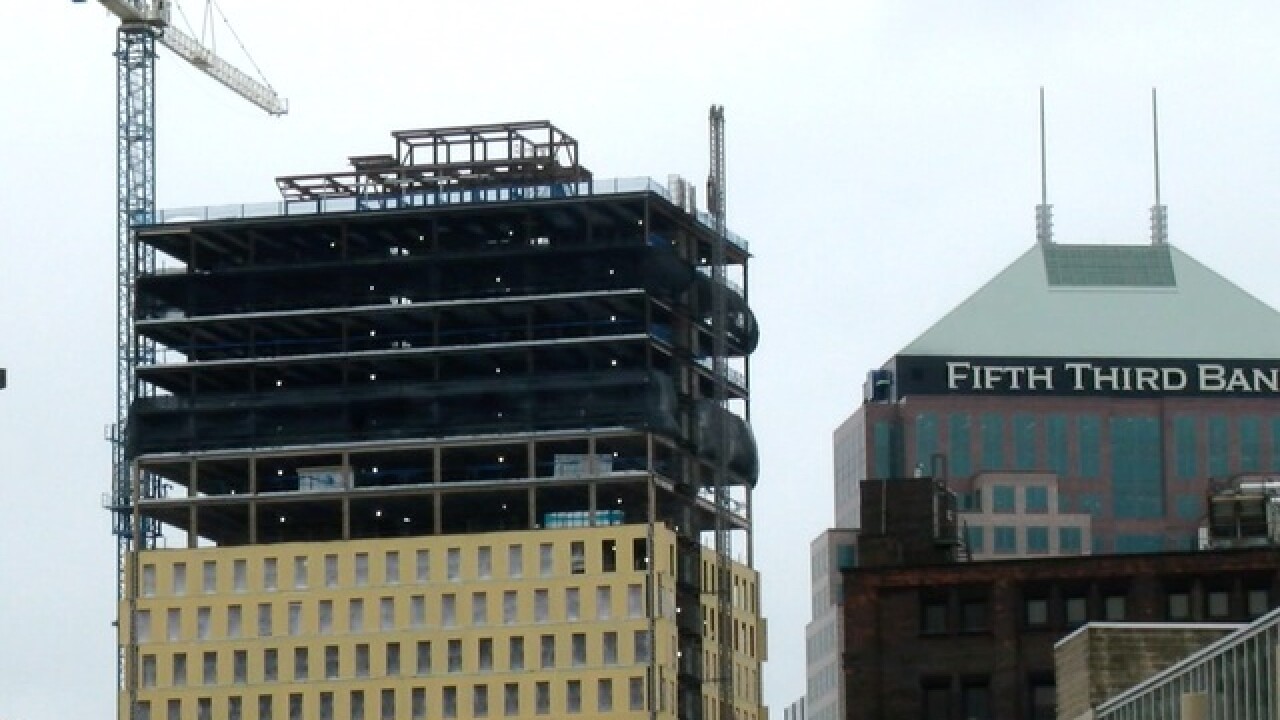 Cranes are a familiar sight these days in downtown Cleveland as work continues on several major projects. At Quicken Loans Arena crews continue the work on the arena's transformation as the 107-day summer shutdown prepares to come to a close next week with the Oct. 2 Justin Timberlake concert.

Just last week, the Cavs organization announced its committing an additional $45 million of private funding towards additional updates and improvements. This raises the team’s current private funding commitment to over $115 million, while the transformation project’s total investment scope now grows to $185 million.

A block to the north another crane is visible this one sits atop the Beacon apartment project rising above the existing parking garage at 515 Euclid Ave. The 28-floor building topped out earlier this year with crews in the process of enclosing and filling out the lower floors as the 187 unit building nears it's May 2019 grand opening.

Stark is also behind the planned NuCLEus project set for the parking lot across Huron Road from the Q. The project was announced in November, 2014 with the hope of beginning construction in 2016 but plans have been delayed as financing remains an issue for massive projects like this.

A tax plan with the Cleveland Metropolitan School District didn't work out and developers are awaiting the results of another tax plan proposed at the state level to aid construction projects of this size, it passed the state house in June and is awaiting action in the state senate.

In Playhouse Square, foundation work continues on the Lumen, which is the 34 story apartment tower going up along Euclid Avenue across from the theaters. The 318 unit tower will rise nearly 400 feet high at a cost of $135 million. It's scheduled for completion in 2020.