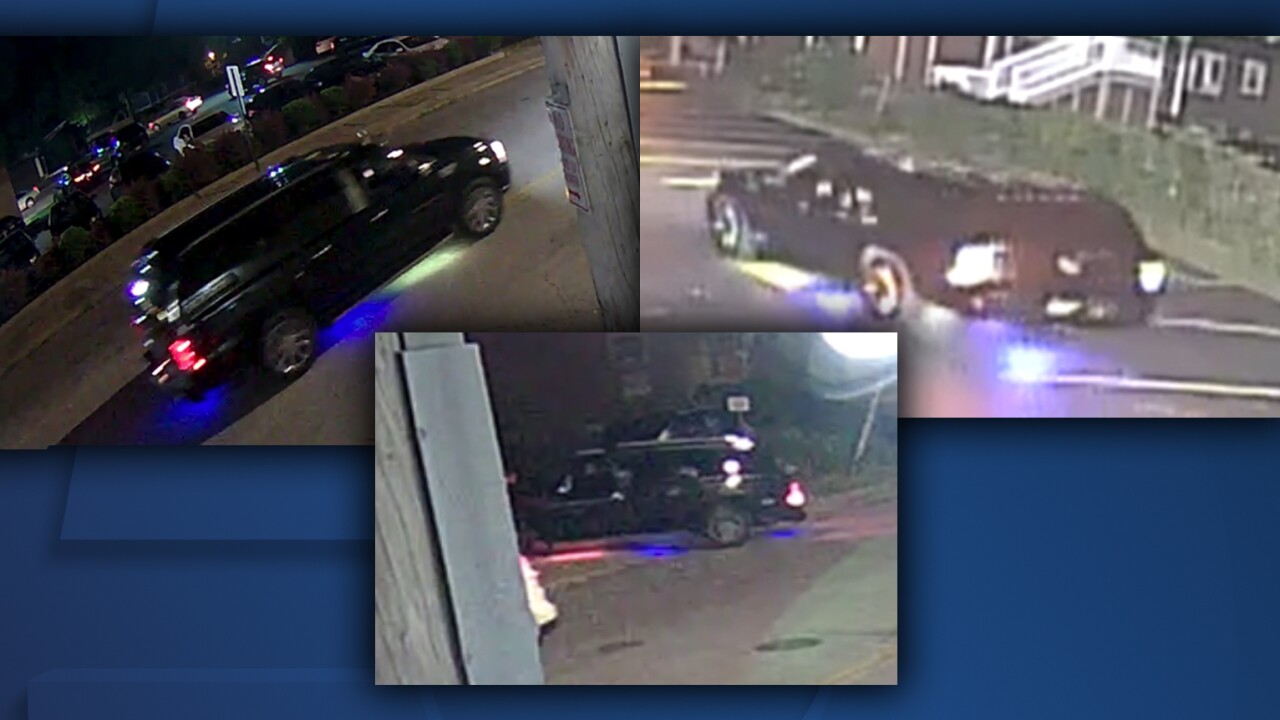 Akron Police Department
Authorities are looking for this vehicle driven by a person they say intentionally ran over a man and a child, killing them.

AKRON, Ohio — The Akron Police Department needs your help identifying three persons of interest connected to a case involving a man and his 2-year-old daughter who were killed earlier this week after it appears a driver intentionally ran them over with a vehicle.

The homicides happened around 10 a.m. Sunday in the 400 block of Crouse Street, Akron.

According to police, Horace Lee, 43, and his 22-month-old daughter, Azeria Tucker, were struck and killed by a dark-colored SUV that authorities believe may be a Cadillac Escalade. Lee was pushing his child in a stroller on a sidewalk when they were both hit by the SUV.

Authorities said they believe Lee may have been involved in a fight with the suspects moments before he and his daughter were killed.

Police have released photos of the persons of interest from the Euro Gyro on East Exchange Street.

In the picture below, the individual wearing the baseball cap with the letter “C” is believed to have been wearing a motorcycle club vest with an “Afro Dog” insignia, authorities said.

Additionally, Akron police are seeking information about the other people pictured below who are potential witnesses to the crime.

The vehicle involved is pictured below. Police say that it has multi-colored ground effect lighting.

Anyone with information about the vehicle and individuals shown above are asked to call Akron police detectives at 330-375-2490 or Summit County Crimestoppers at 330-434-COPS. A $5,000 reward is being offered for the identification, arrest and indictment of the responsible parties in this case.