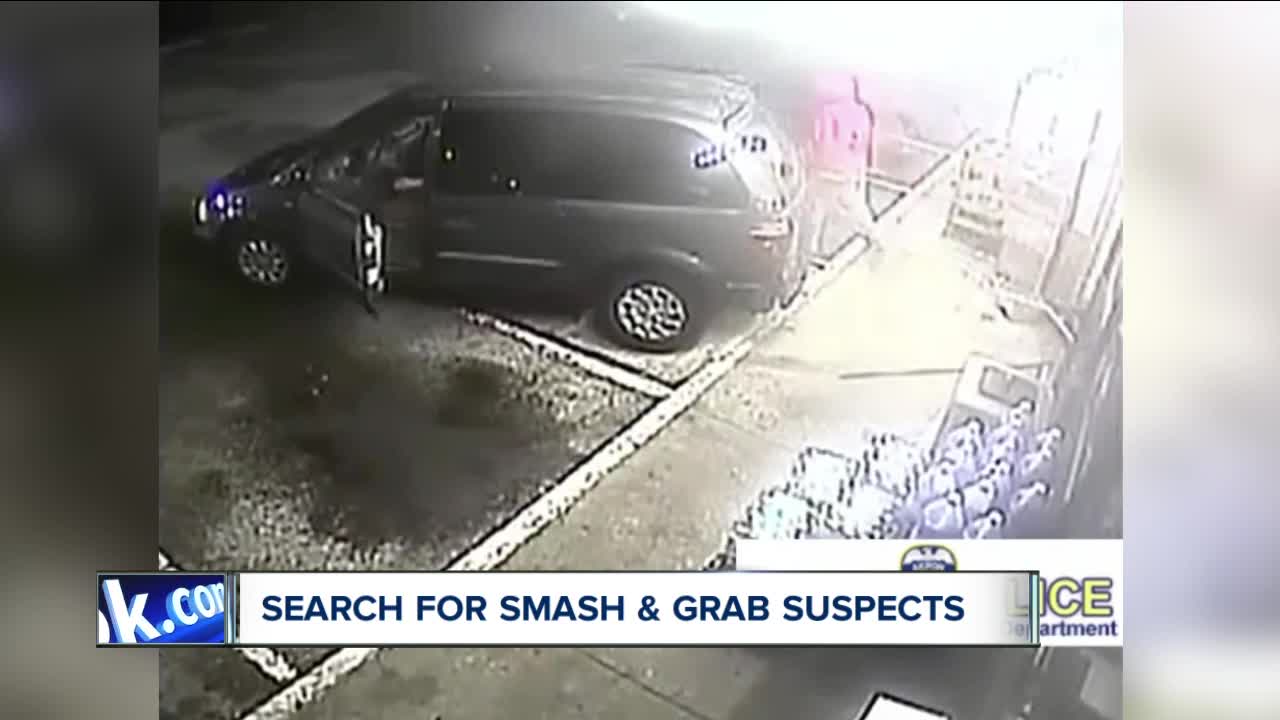 Police in Akron are looking for help from the public in identifying three men who drove a minivan into a gas station and stole an ATM. 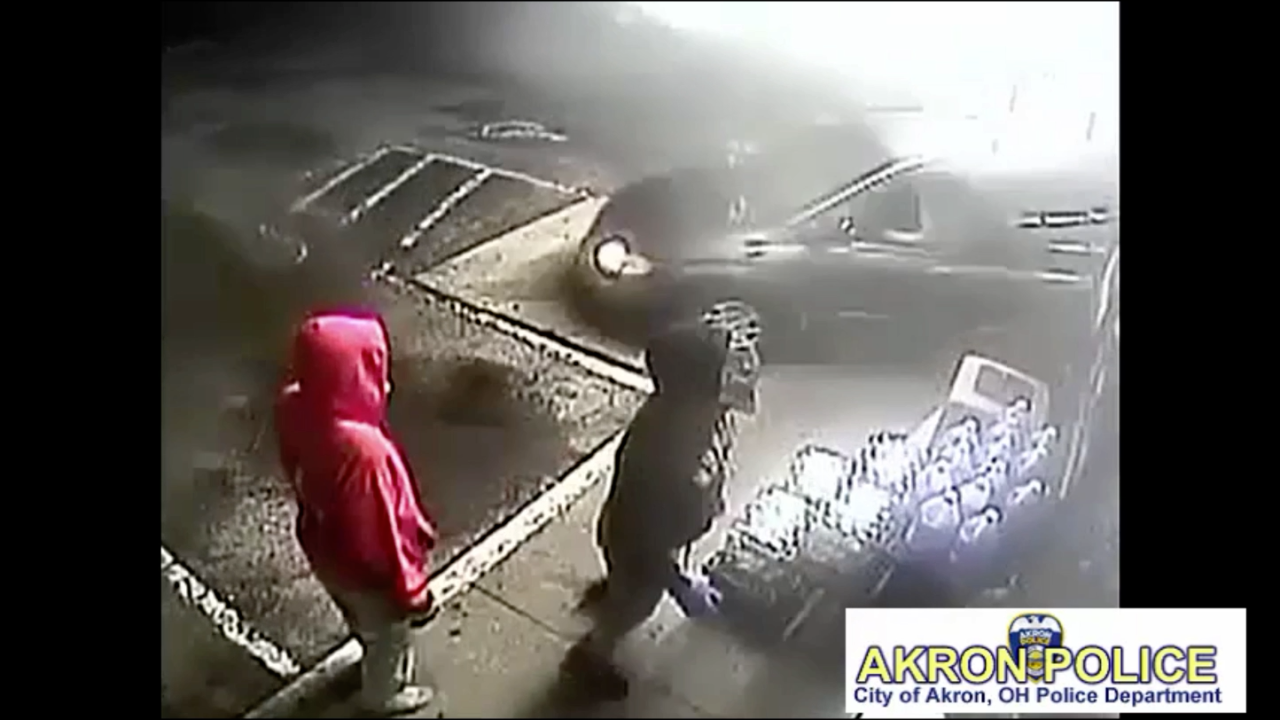 AKRON, Ohio — Police in Akron are looking for help from the public in identifying three men who drove a minivan into a gas station and stole an ATM.

The Circle K on Triplett Boulevard in southeast Akron was open Wednesday, but boards covered part of the doors into the convenience store. That was where the thieves backed the minivan into the store at 4 a.m. Tuesday.

Surveillance video from outside and inside the store, provided to News 5 by Akron police, shows the minivan being backed into the store, and then two men, both wearing hoodies, walking inside.

"A clerk was in the store mopping and alertly saw a van smashing through the front of his business," Akron Police Captain David Laughlin said. "He was very alert, fled for his safety to the office, locked himself in there, so very smart on his end to be that cognizant for his own safety, which is most important right now."

The driver of the minivan can be seen in the video getting out of the vehicle and running inside the store. Then, all three men come back out, carrying an ATM, and load it into the van before leaving.

Laughlin said as officers responded to the gas station, they received a call from someone who saw the thieves pull into a nearby parking lot on Massillon Road.

"They left the van, loaded the ATM onto a silver Suburban and then [fled] the area," Laughlin said.

Laughlin said police don't know what the license plate on the Suburban was, but that police were able to recover the van. Detectives are now processing the van, checking through BMV files to try to track down the owner. The ATM, Laughlin said, was eventually found on Akron's west side.

Laughlin said the store is open 24 hours a day and that the situation could have been even worse.

"There could’ve been a customer in the store," Laughlin said. "The clerk could have been closer. Someone could have been seriously injured from the crash. Someone’s willing to go to that length to get and take an ATM, they’re going to be pretty reckless and not pay attention to the public and their safety."

Police are now asking for help in figuring out who the men are.

"We want to get these people off the street before they are able to victimize other people or even take it a step further and be a more serious offense. Hopefully not," Laughlin said.

Police emphasized that callers with information can remain anonymous and can send tips on Facebook via a message, not as a comment. Anyone who sees the suspects should not approach them and should call 911.

There have been similar smash-and-grab crimes before across northeast Ohio. The most recent took place in early July in Olmsted Township, when a thief used a stolen minivan to smash through a gas station window.

Other similar crimes took place in June and July 2018, when thieves in Fairview Park used a stolen minivan to smash into a gas station, then took off in a second van after they were unable to get money from the ATM.

In July 2018, thieves in Parma also used two vans in their crime, with one used to smash into a gas station and the second used as a getaway vehicle.

What's being done about this issue?

In April of 2019, state Representative Tom Patton (R-District 7) introduced a bill at the Ohio Statehouse that would require all free-standing ATMs in Ohio to be bolted and secured to the floor. He credited a News 5 investigation as being the catalyst for the legislation.