Bed bug found at Shaker Heights school; exterminator says Cleveland on the verge of an epidemic 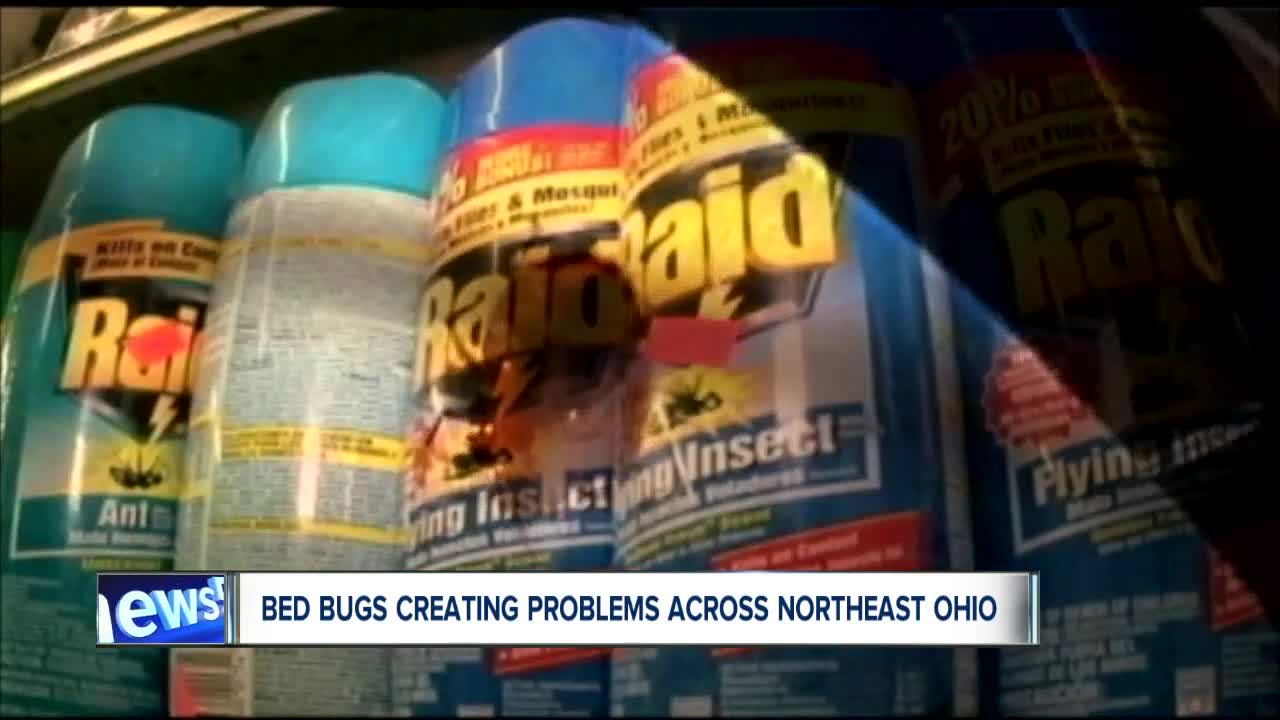 Second school reports bed bug activity in as many weeks

CLEVELAND — A tiny pest continues to create big problems across Northeast Ohio. The number of bed bug cases we see here continues to put the land on a list of the most-infested cities in the country.

A special task force is ramping up efforts to help local communities prevent and control the invasive insect.

In the meantime, the problematic pest showed up in yet another public place just this week.

The staff at Shaker Heights Middle School cut off access to one of its classrooms Wednesday after finding a bed bug.

"Any place we go to during our daily routines we have a potential of bringing a bed bug home with us," said Tom Barsa, Cuyahoga County Board of Health.

It's the second school in our area in as many weeks to have the blood-sucking bug show up.

The discoveries came ahead of the Cuyahoga County Bed Bug Educational Conference.

A handful of experts, some coming from across the country, are helping people in Northeast Ohio identify, prevent and control the bed bug population.

Barsa told News 5 that it's not a matter of if, but when you'll encounter a bed bug.

"It's just the nature of the beast right now," said Barsa.

His company uses extreme heat, up to 150 degrees for several hours, to eradicate the pest.

"It's been a problem that's only getting worse. I would say it is getting close to an epidemic," said Gonda.

Gonda blames the cheaper option of treating bed bugs with pesticide for their continued strength in numbers.

"A heat remediation is most often successful in one attempt; we're at about 97% successful every time," said Gonda.

With colder months quickly approaching, Gonda is giving a heads up for those parents with school-age children.

"It's definitely a problem in the school systems. Kids come in and they hang their coats all together. I think that's a problem," said Gonda.

That fabric train creates a perfect pathway for bed bugs.

Even if one is found, places like schools and offices are much less likely to see an infestation.

"You need sleeping areas or resting areas in order to get that true infestation. Last thing we want is for people to panic," said Barsa.

The Cuyahoga County Bed Bug Conference is this Friday in Middleburg Heights.

It is open to the public.

If you're interested in attending, you can register here.