In-Depth: Wrong-way crash Friday the latest in a series of deadly crashes ODOT is trying to curb 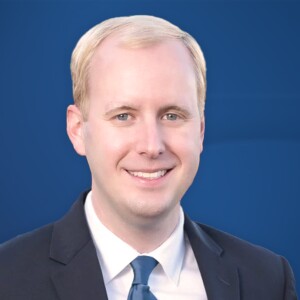 In-Depth: Wrong-way crash Friday the latest in a series of deadly crashes ODOT is trying to curb

CLEVELAND — Two people were hospitalized after a wrong-way driver hit a semi-tractor-trailer head-on on I-71 south near West 25th Street Friday, according to the Cleveland Division of Police.

The crash happened at around 12:35 a.m. The wrong-way driver was traveling northbound in the southbound lanes of I-71 when it hit the semi head-on.

Both victims were taken to MetroHealth Medical Center.

All lanes of I-71 near the Metro Curve were closed as crews cleared off debris from the road. All lanes have been reopened as of 7 a.m.

The crash is just the latest for the state of Ohio in 2021.

"Being alert and aware when you’re on the road is vitally important," said Sgt. Ray Santiago with Ohio State Highway Patrol. "Some of those folks were able to avoid that driver because they were alert and aware. Unfortunately, we couldn't get there in time to prevent the crash."

Additional data from the Ohio State Highway Patrol shows the odds someone is hurt in a wrong-way crash is about 78%, about triple compared to a normal crash, which is 25%.

Despite the notoriety and high-profile nature of wrong-way crashes, they are between 0.01% and 0.03% of the total crashes statewide every year.

"What’s challenging about investigating wrong-way crashes is almost always they end up with an injury and fatality," Sgt. Santiago added.

Independent of the latest crash, Matt Bruning with the Ohio Department of Transportation told News 5 that ODOT is considering adding advanced cameras in the Cleveland area that detect wrong-way drivers and alert police.

"The real challenge is not what to do but where to do it," he explained. "5,200 ramps in the state of Ohio and we know the highway ramps is generally where these drivers get on the highway system."

In 2019, News 5 highlighted how ODOT took extra steps to stop wrong-way drivers, including adding more signs, reflectors and striping on the ground.

Around that time, a pilot program began in the Cincinnati area involving 90 of those high-tech cameras.

"To my knowledge, we have not had any wrong way drivers along that [corridor]," Bruning said.

A similar setup was put in place around the same time on the Shoreway near West 28th Street.

For the victims of these kinds of crashes, the consequences can linger for quite some time.

Marisa Gurko has watched the video of a driver traveling the wrong-way on I-90 and crashing into her car a thousand times, partly because she doesn't remember it when it happened on February 13th.

"I just wonder what could I have done differently," she said. "What was wrong with [the driver]? Was she intoxicated? Was she -- I don’t know? I don’t know."

More than a month later, and Gurko realizes she's one of the lucky ones, but still deals with everyday effects from the crash.

"I have a slipped disc in my neck and my spine is a little crooked," she said. "It’s still so crazy to me it all happened."

She told News 5 her crash and the driver that caused it remains under investigation.