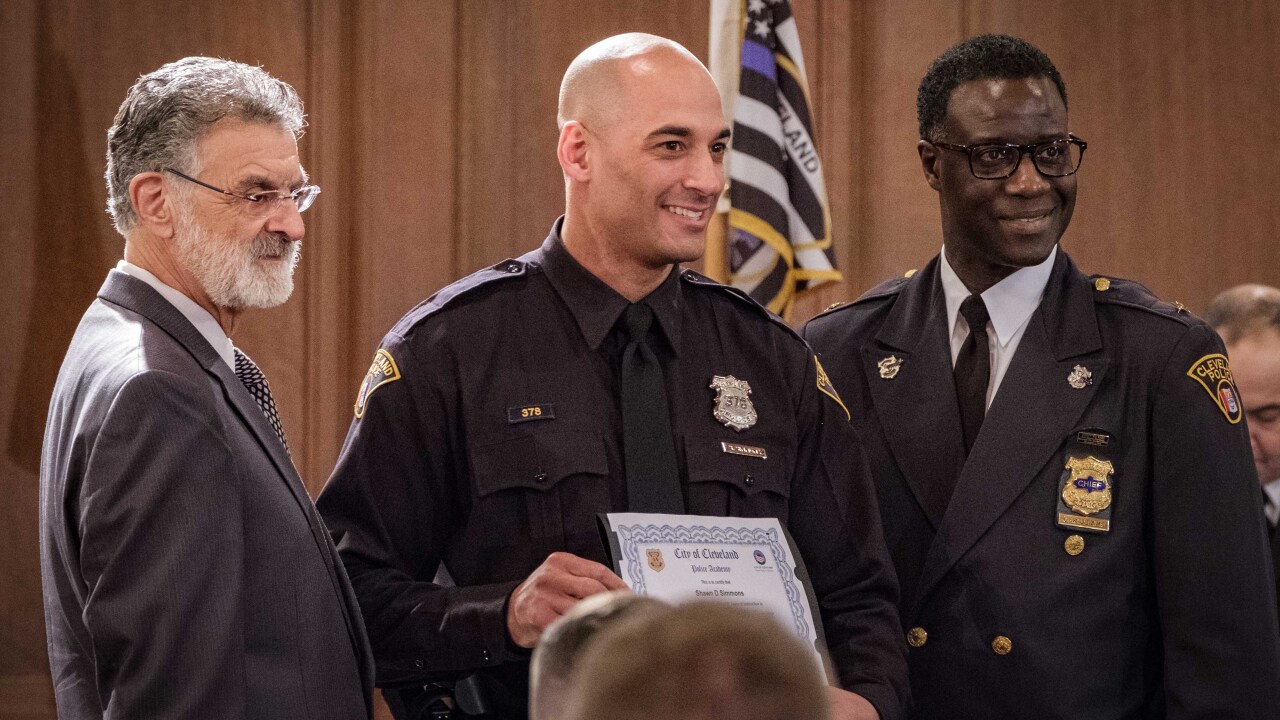 CLEVELAND — A police recruit who graduated from the Cleveland Police Academy in January has been fired after it was learned his spent time in prison in Norway, according to city officials.

Patrol Officer Shawn Simmons, 38, graduated from the police academy on January 18, 2019. He was a member of the 141st Cleveland Police Academy class.

He was on probationary status on Basic Patrol after graduating and then placed on restricted duty status during an investigation conducted by Internal Affairs.

According to the city, Simmons did not disclose that he had a felony record, or that he had served time in the country of Norway in his employment application, nor did the information become available during an extensive background screening.

Simmons was terminated on June 1.