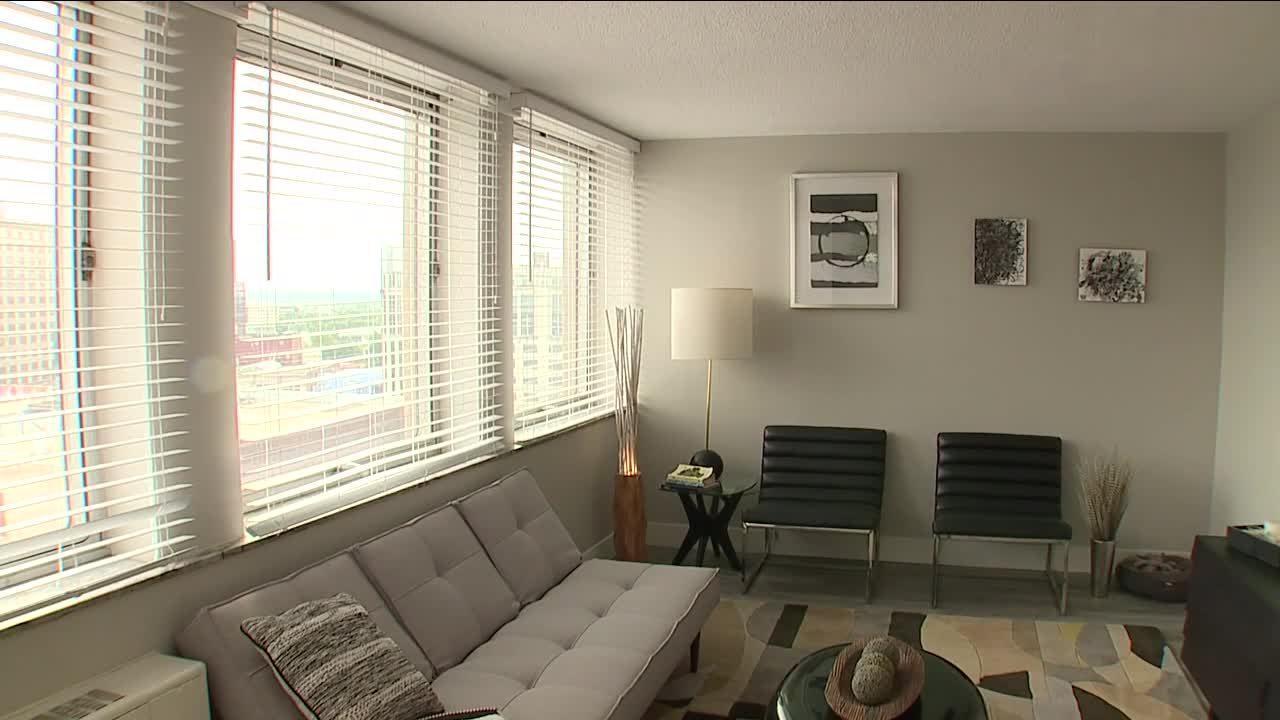 The coronavirus is touching nearly every part of our lives and yet, leasing agents and data about downtown living suggest the downtown rental market is weathering the pandemic relatively well. 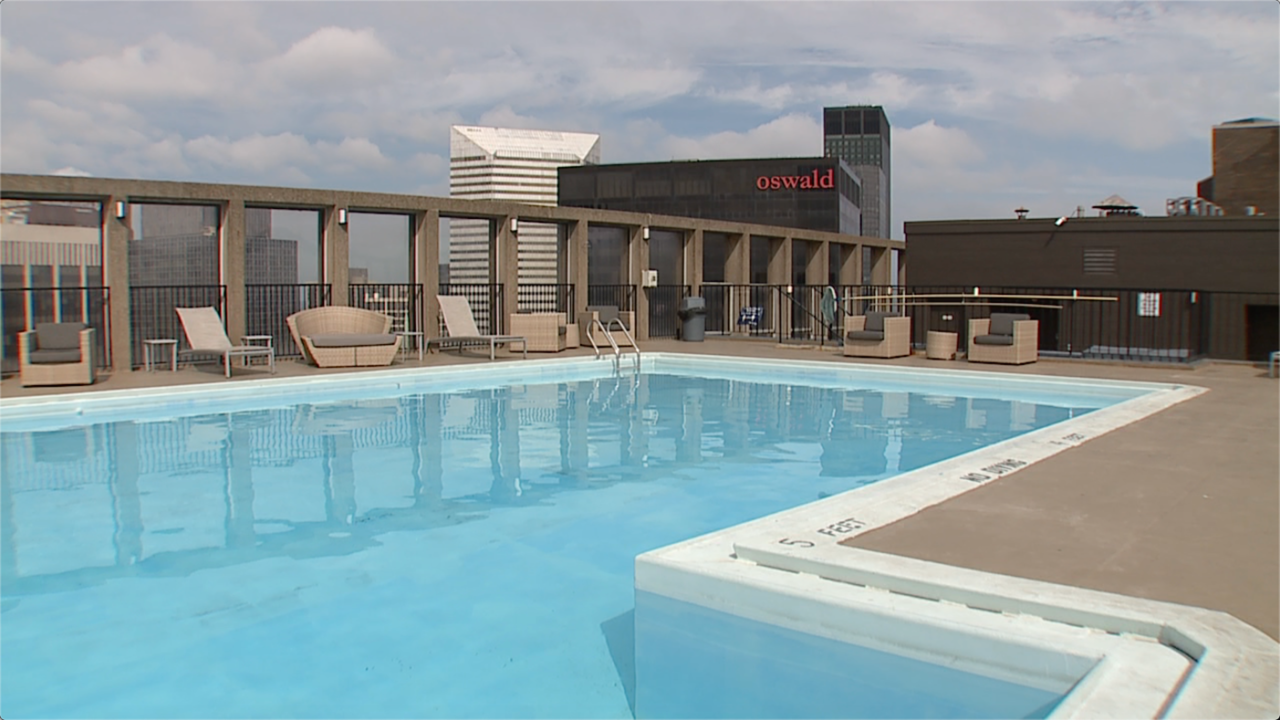 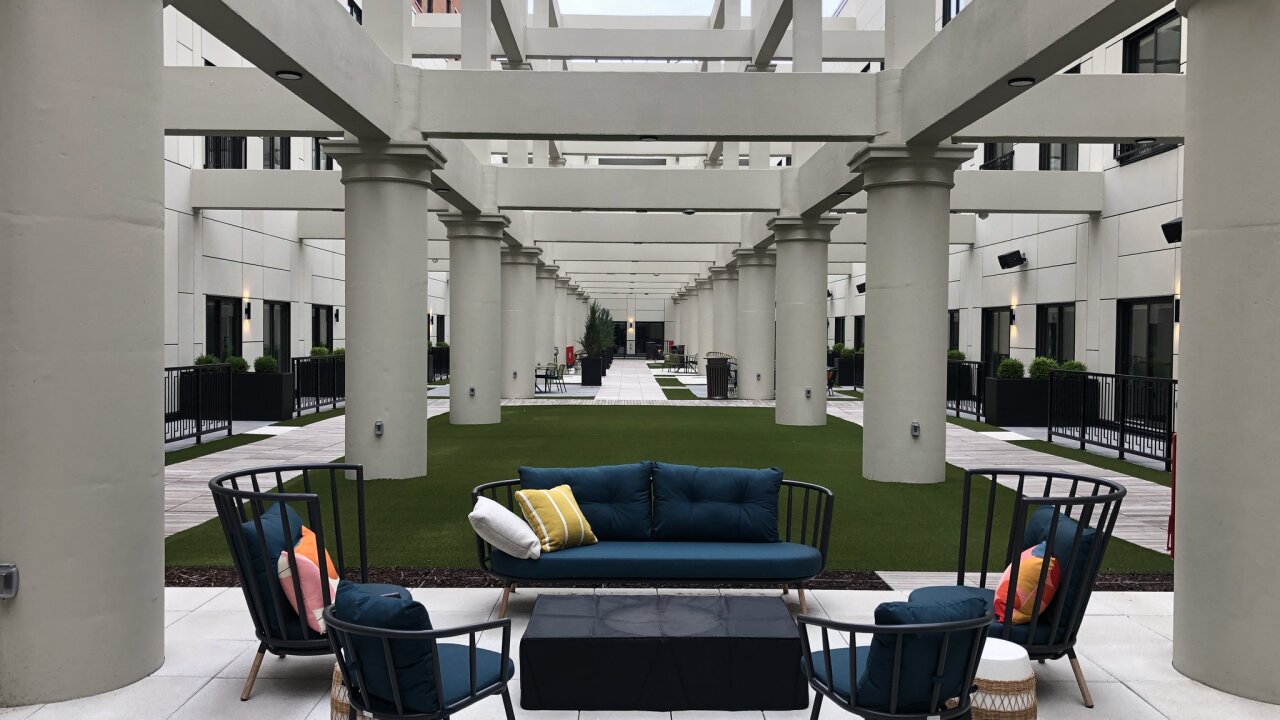 CLEVELAND — The coronavirus is touching nearly every part of our lives and yet, leasing agents and data about downtown living suggest the downtown rental market is weathering the pandemic relatively well.

“So in the beginning, we did notice a little bit of a slowdown in our leasing, for good reason,” said The Luckman apartments Community Manager Hannah Haynam.

But, Haynam says since the first few months of the coronavirus outbreak, interest in living downtown has increased again. Right now, The Luckman is offering two months free on a 13-month lease, which is not that much different from the deals renters would find before the pandemic.

Down the block, The May Company Building on Public Square offers a relatively standard one month free on a 13-month lease.

“We really don’t need to do anything else because you’re getting so much for what you’re paying,” said Geis Property Sales Agent Donna Epstein.

Downtown Cleveland Alliance’s numbers back that up.

Over the past year, nearly 700 new apartments have become available while the rental price per square foot has also increased. Epstein says supply and demand increased at the same time because so many different buildings to choose from downtown allow people to find what they want.

“The fact that they can shop around and really tailor what they’re moving into to what they need has made it a better market for everyone downtown,” said Epstein.

The choices are many.

New construction has led to recently-available apartments at like The Lumen. Large renovations resulted in The Athlon, and the May Company Building. Similar renovations at The Luckman and The Statler have upgraded what’s offered in those buildings. Projects like Euclid Grand and the City Club Apartments are in various stages of planning and construction and are expected to be available in the future.

All those projects are banking on the fact that residents like Alexandra Bowling are not representative of a changing approach to renting.

“There’s a lot of people and I think it’s making some people uncomfortable,” said Bowling.

She says she’s seen people move out of her building and she admits she gets frustrated waiting for elevators near people who aren’t wearing masks in the building.

“My lease actually ends in a couple of weeks,” said Bowling. “I’m moving to a less-populated area.”