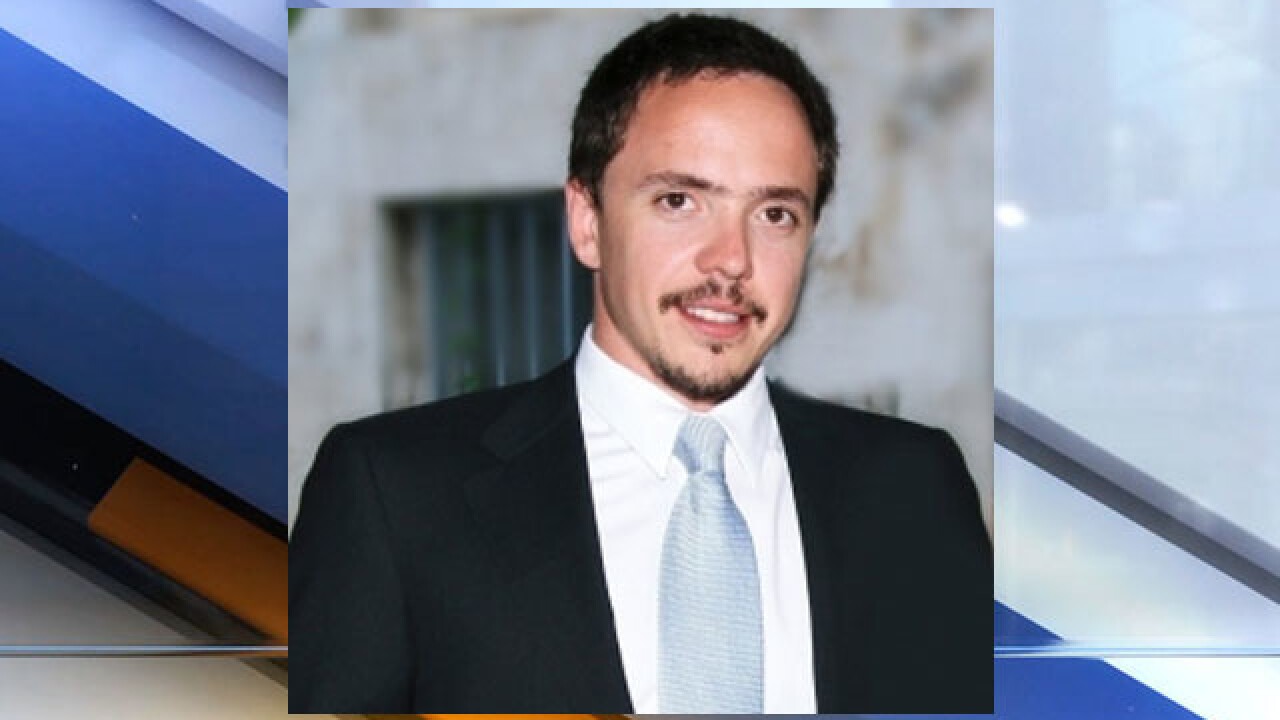 Copyright 2018 Scripps Media, Inc. All rights reserved. This material may not be published, broadcast, rewritten, or redistributed.
<p>Socrates S. Kokkalis. Promotional image from the website for the Olympiacos football club.</p>

CLEVELAND — A man who sold drugs to the son of a Greek billionaire who was later found dead at a downtown Cleveland hotel last summer has pleaded guilty to a charge related to the man’s death, authorities confirmed Wednesday.

Terry Lee Christian, 36, admitted to causing the death of a person identified in court papers as S.K. on July 13, 2018, according to a news release from the U.S. Attorneys Office.

Socrates S. Kokkalis, the 34-year-old son of Greek tycoon Socrates P. Kokkalis, was found dead at the Cleveland Marriott Downtown on July 13, 2018. The police report at the time stated that a drug overdose was suspected, and the medical examiner told News 5 that Socrates S. Kokkalis’ death was “untimely.”

Cleveland police found a baggie in Kokkalis’ hotel room containing about a gram of what they suspected to be cocaine mixed with fentanyl. The drugs were later tested and found to be a mixture of heroin, cocaine and fentanyl, the news release states. The packaging material was tested and DNA found on it matched Christian.

“By all accounts, the victim in this case believed he was buying cocaine, not fentanyl,” U.S. Attorney Justin Herdman said. “People should assume that the cocaine they are buying on the street contains fentanyl and can kill them, even in small doses. Unfortunately the victim in this case is just one of hundreds who have died from cocaine and fentanyl mixes in Cuyahoga County since last year.”

A review of Kokkalis’ phone and other evidence revealed he had met with Christian on July 13 and several calls were made between them that day. Shortly after the calls and meeting, Kokkalis made a hand-to-hand transaction with someone in a minivan, according to the affidavit.

“This case demonstrates yet again that there are no safe street drugs, and the drug dealers who sell them, like this defendant, are focused only on their own interests,” Herdman said.

Christian was indicted on one count of distribution of controlled substances, which included a sentencing enhancement for causing death. He is scheduled to be sentenced on January 17, 2020.

“This case highlights the collaboration between the Cleveland Division of Police Heroin Death Investigators, the Drug Enforcement Administration, the Cuyahoga County Regional Forensic Science Laboratory and the Northern Ohio United States District Attorney’s Office,” said Cleveland Police Chief Calvin D. Williams. “The indictment of Mr. Christian should serve as an example to those trafficking in these dangerous and deadly narcotics. Through thorough investigations and the efforts of the attorneys who prosecute the cases, these criminals can be held accountable at the highest level.”

DEA Special Agent in Charge Keith Martin said: “This death underscores the seriousness of the opioid crisis plaguing northern Ohio and the need for dedicated collaboration from law enforcement. The DEA, Cleveland Division of Police and the United States Attorney’s Office will continue to expend our time, energy and resources in an effort to stem the tide against this epidemic.”

Greek news agencies reported that Kokkalis was in Cleveland on business; the Capital reported that he was meeting with regulators regarding a sports betting project.

Kokkalis was the vice president of the Greek Olympiacos football club.