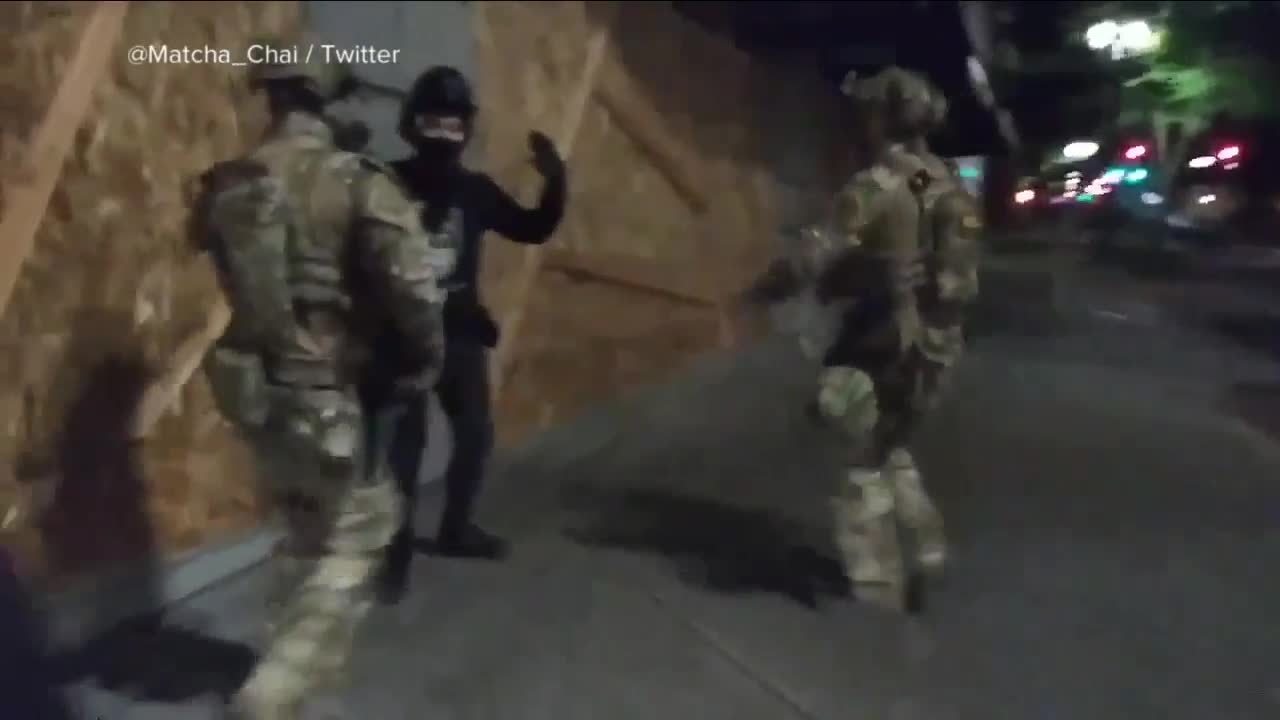 In the coming weeks, the Justice Department will be sending federal agents to Cleveland as part of Operation Legend, a law enforcement effort named after 4-year-old LeGend Taliferro who was shot and killed last month in Kansas City. 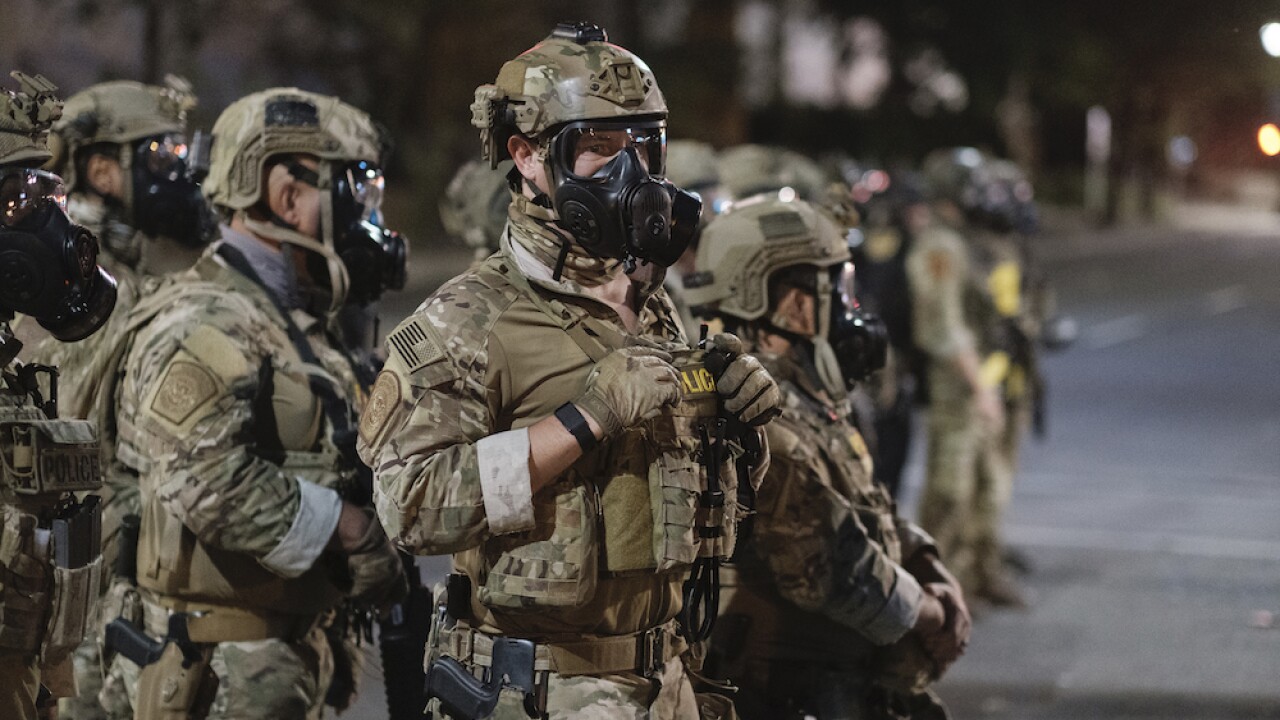 CLEVELAND — In the coming weeks, the Justice Department will be sending federal agents to Cleveland as part of Operation Legend, a law enforcement effort named after 4-year-old LeGend Taliferro who was shot and killed last month in Kansas City.

On June 29, LeGend was shot while he lay asleep in his bed at home. His father took him to a nearby hospital where he was later pronounced dead, according to the FBI. A $25,000 reward has been offered for the identification and arrest of the person responsible.

Less than two weeks following the boy’s death, Attorney General Bill Barr announced the creation of Operation Legend. Following that, more than 200 federal law enforcement agents were sent to Kansas City to help “curb the kind of senseless violence that took the young boy’s life,” according to The White House.

On Wednesday, President Donald Trump announced the expansion of the operation to additional cities with a timetable of around three weeks.

“My first duty as President is to protect the American people, and today I am taking action to fulfill that sacred obligation,” Trump said.

According to The White House, the Justice Department will expand the program into Cleveland, Detroit, Chicago, Albuquerque and Milwaukee soon.

The government says that more than $61 million will be spent to hire new police officers and federal agents who will be permanently reassigned to those cities.

“We will never defund the police—we will hire more great police,” Trump said. “We want to make law enforcement stronger, not weaker. What cities are doing is absolute insanity.”

“The deployment of militarized agents to Cleveland and cities across the country is unconstitutional and reminds us of the actions of dictators and despots of old. It disregards the right of our cities and states to govern and protect their residents. The President is not trying to protect Americans. Instead, he is attempting to intimidate and silence those who disagree with his policies. These unlawful actions must stop!”

The city of Cleveland released the following statement:

“The City of Cleveland has not been made aware of any additional federal law enforcement resources coming to the city. The Cleveland Division of Police has in the past and will continue to partner with federal, state and local law enforcement agencies to combat violent crime in our neighborhoods. In January of this year, the Division of Police announced the Relentless Pursuit initiative, which is designed to combat violent crimes in our neighborhoods with our federal, state and local partners.”

"The Black Shield Police Association does not support the deployment of militarized federal agents to Cleveland and other cities across the nation. We believe that deployment of an intentionally secretive federal militarized police force, displays overreach, and is not supported by Constitutional law or norms.
Our American values do not align with forces who are not accountable or easily identifiable to the local citizens they purport to protect. Public safety officials must be transparent to hold each other accountable and to provide transparency to the citizens we help, protect and guide through dangerous situations.
Sending militarized police to Cleveland and other cities across the nation will only serve to continue to destroy the already tense line of trust between our community members, our families, and us as law enforcement officers.
We respectfully ask that this action is reconsidered."

Ward 7 Cleveland City Councilman Basheer Jones said he would support federal agents coming to Cleveland "if they're here to work with the police and help us make our community safer." However, he said, "Right now, it just feels like a political ploy."

Jones said that residents in his community are already "heavily policed in certain instances, and there's already this divide that we're trying to mend between police and community. We don't want this to be something where people are coming into our community unidentified, arresting people, stopping people, and continuing to increase the divide between community and police."

He added that many community members already feel unsafe because of people involved in criminal activities.

"We don’t need to have someone who we hope is there to serve and protect us also there to over police us," Jones said.

Jones said that, despite his position as a city council member and member of the safety committee, he "didn't know anything about this."

"As a city, we have to do a better job with our communication, and as a councilman, I cannot express or even calm down the fears of my community if I don’t know what’s going on," Jones said. "I would’ve wished somebody gave us a call if they knew about it, so I’m hoping they didn’t know."

Cleveland Mayor Frank Jackson is expected to hold a press conference Friday at 11:30 a.m., along with the Cleveland police chief and the city safety director. Jones said he hopes to learn more at that time.

Dr. Ronnie A. Dunn is a professor of urban studies and the chief diversity officer at Cleveland State University. He described the federal agents' presence in several cities as "an overreach."

"The federal government can protect federal properties and pursue federal crimes, and that doesn’t seem to be the case here," Dunn said.

Dunn noted that most of the cities to which the government has sent or plans to send federal forces are those under federal consent decrees, "relative to patterns and practice of excessive or abusive use of force, primarily in communities of color, unfortunately."

"I find it ironic that now they’ve pulled away or backed out of enforcing these consent decrees, and yet as we near [the] election, now they want to send in federal agents to help police these communities," Dunn said.

He added that the presence of federal agents is "adding fuel to an already still simmering embers if you will, and potentially is a combustible situation."

Traditionally, Dunn said local leaders may invite the federal government in to help communities, "but for the government to just say, 'We’re sending in federal agents,' to my knowledge, this is pretty much unprecedented, other than with the use of the National Guard at times of emergencies."

He said he sees the move as a "political maneuver as we approach the election, and to try to further divide the country," especially along racial lines.

"As we know, this law and order position has been used successfully before," Dunn said. "When you look at the TV commercials that are now airing, they kind of have that Willie Horton effect to them, so once again, appealing to our worst racial fears."

Asked about the potential for federal agents to quell protests in the cities to which they're sent, Dunn said that was "clearly a violation of the First Amendment."

"And that’s what’s troubling here, to see the use of federal powers in a way that is [quelling] dissent, and that is what this country is founded on — dissent," Dunn said. "So it’s very troubling, this road that we’re on, and it’s a slippery slope."