Thirteen students from the Cleveland Metropolitan School District are taking part in the Building Great Futures program this summer, through a joint venture with the Boys &amp; Girls Clubs of Northeast Ohio, Greater Cleveland Habitat for Humanity and Youth Opportunities Unlimited. 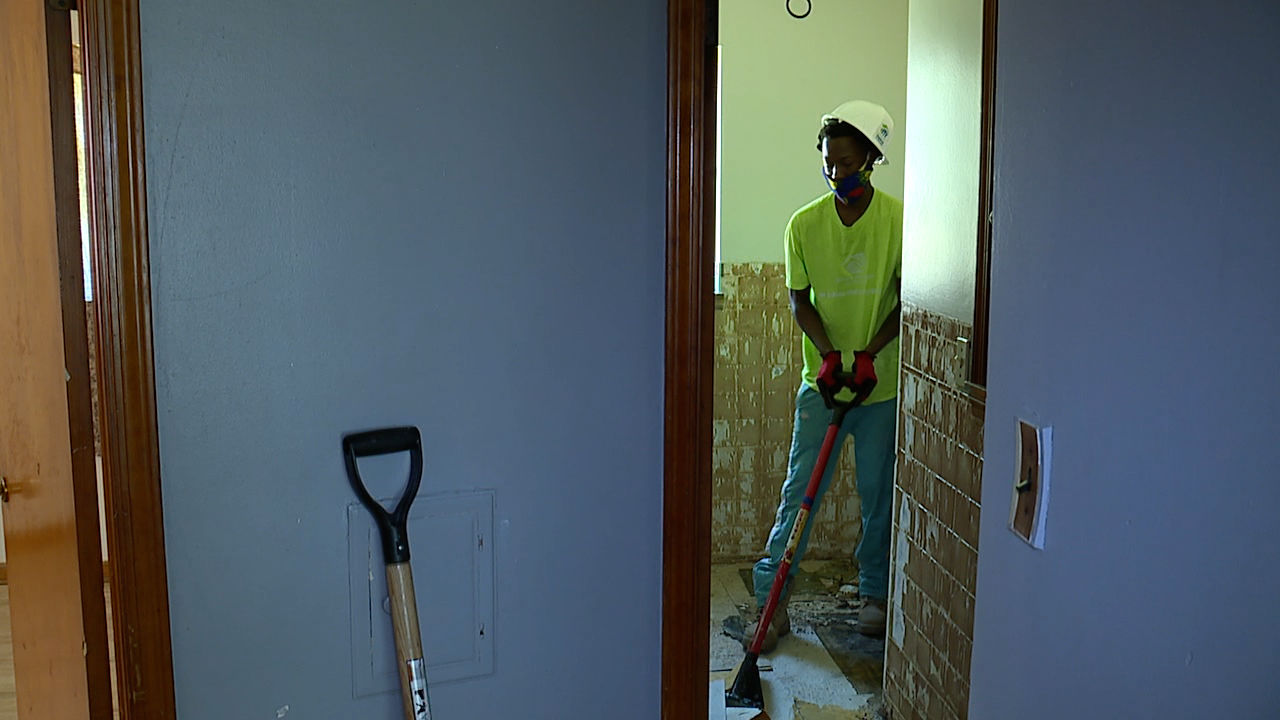 CLEVELAND — Thirteen students from the Cleveland Metropolitan School District are taking part in the Building Great Futures program this summer, through a joint venture with the Boys & Girls Clubs of Northeast Ohio, Greater Cleveland Habitat for Humanity and Youth Opportunities Unlimited.

The teens are learning skills in the construction trade, which could help them decide if a future is construction is right for them.

For Daevon Crenshaw, who recently graduated from East Tech High School, doing construction work is a chance to make people happy. Daevon is participating in the Building Great Futures program for a second year, helping rehab homes in Cleveland.

"It mean[s] a lot to me, cause they want their house nice and we want it nice for them," Daevon said. "And I like to see people smile as much as I smile, so that meant a lot to me."

Daevon said he got involved because he was "hands-on with things," so when he saw a chance to get involved in construction, he went for it.

"And that just basically predicted my future for me," Daevon said.

On Friday, Daevon worked with two other teenagers, alongside a construction team from Habitat for Humanity, tearing down walls and ripping up flooring at a house on Holly Hill Drive in Cleveland's Lee-Miles neighborhood.

"Some kids, they may have had an idea of wanting to go into the construction field, but once they get this experience, it really solidifies it," said Tory Coats, director of career readiness for the Boys & Girls Clubs of Northeast Ohio. "And [it] just really helps them be able to narrow their focus and say, 'Hey, this is what I really want to do after high school.'"

Students participating in the program get a sense of what it's like to work as an adult.

"We try to push them a little bit cause we want them to understand that, 'Hey, this is a real-life work experience,'" Coats said.

Blake Johnston, associate director of marketing and communications for Greater Cleveland Habitat for Humanity, agreed it's a good way for teens to learn what working an adult job is like and to experience teamwork in a job setting.

Johnston said the program is in its third year.

"It’s a great way to get them to do something during their summer, but also learn skills that they can hopefully take into the trade industry if that’s what they’re into," Johnston said.

While Habitat for Humanity is currently doing 10 new builds on Grandview Avenue, Johnston said the team has also been doing full rehabs and gutting houses.

"We go through and really change the whole house, we put new mechanicals, new electrical. They tear down parts that are no longer good and replace that," Johnston said. "They go through and tear out all the kitchen cabinets and make sure everything’s energy-efficient, so it’s really like a brand new house once they’re done."

Emanuel Jarman, who will soon be a senior at John Adams High School, is participating in the program for the first time this summer.

Emanuel said he likes construction and that it was one of his options for what he might do following graduation, but that it likely wasn't his first choice.

For teens in the program, though, it's not just a chance to develop skills in HVAC, carpentry, electrical work and plumbing. It's also a paying job. Students make $10 an hour, and Coats said they also learn soft skills.

"We work with them as far as understanding what is your earning potential, what’s the potential of how much you can earn in relation to other careers as well," Coats said.

He added that students are also introduced to community college options, trade school options and even four-year college options, "so they choose to take that route in relation to how they can increase their trajectory and growing within this career field.

Daevon Crenshaw said the program is good "for all the youth who want to hands-on on stuff in construction," and added, "This is a great way to start."