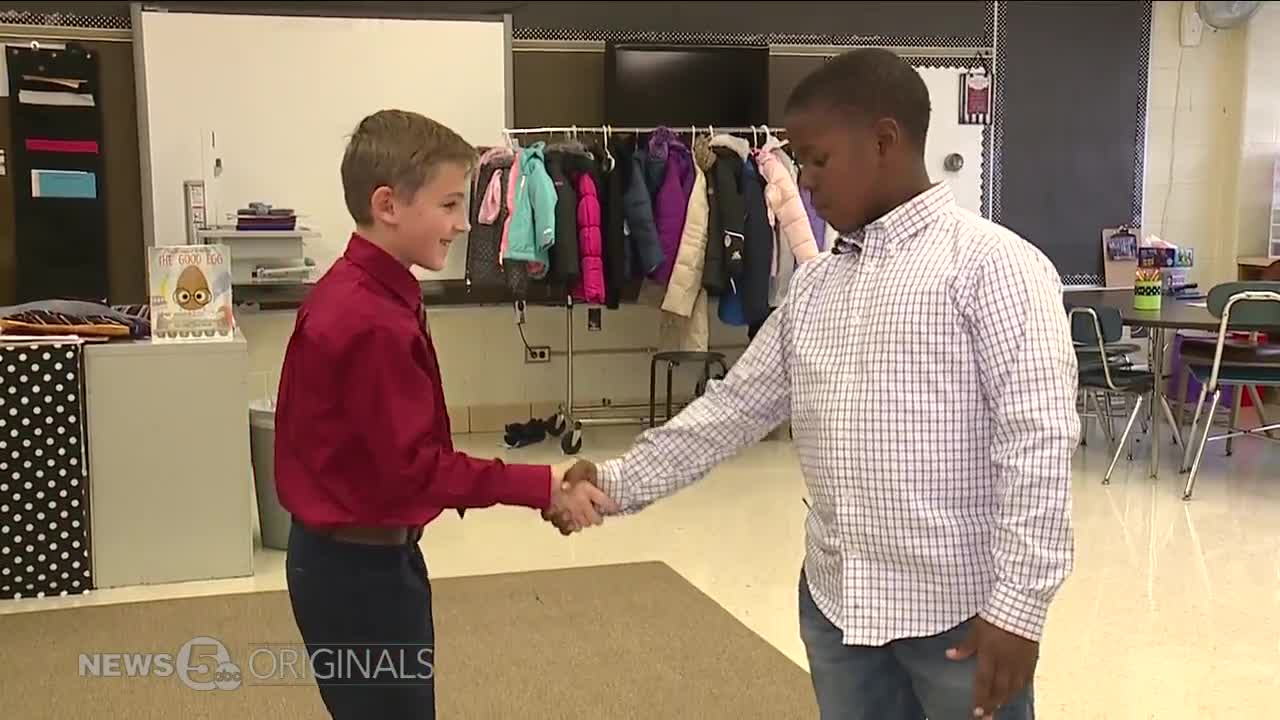 An educator in the Berea City School District is taking a group of young men under his wing to teach them what it means to be a role model, not only in the halls of their school building, but out in the community. 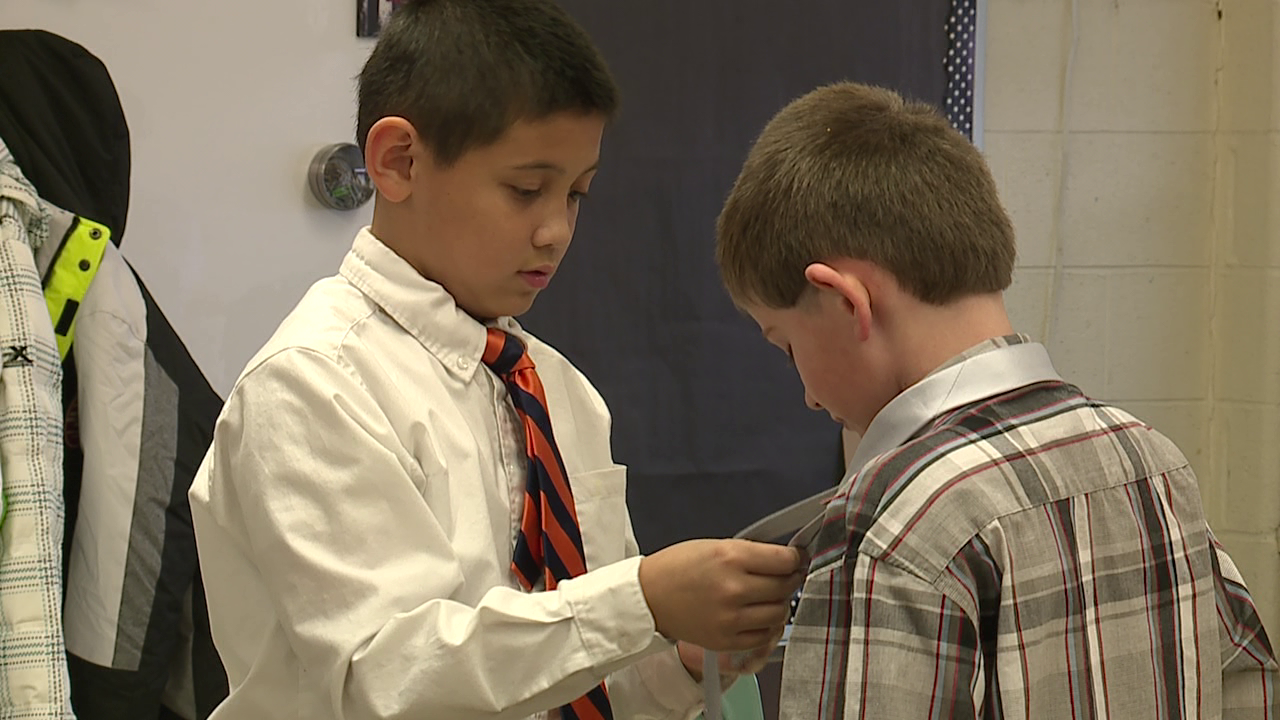 BEREA, Ohio — An educator in the Berea City School District is taking a group of young men under his wing to teach them what it means to be a role model, not only in the halls of their school building, but out in the community.

A group of third and fourth graders at Brookview Elementary School in Brook Park got a lesson on how to tie a tie Thursday.

The students dressed up for their weekly Men with Manners meeting.

"It's a group that socializes in manners and being a role model and leader,” said Frederick White Jr.

White Jr. is one of the group's two dozen members.

"Try to be a role model for the greater good," said White Jr.

Nick Doehr, an intervention specialist, who started the program this school year, was shocked to see so many students sign up.

"It's something a lot of our young men are seeking out," said Doehr.

The educator said his guidance on what it takes to be a stand-up member of society is filling a void.

"My dad was very instrumental in teaching me some of these skills. We have some students that are craving some positive attention and looking for someone who happens to be a man to role model for them," said Doehr.

Among the lessons shared so far: how to properly shake hands, the importance of gratitude and overall kindness.

Some of the young men are already figuring out the role they play for those coming up behind them.

"If like older people do good things, young people will do the same things,” said DeCaprio.

Doehr said his reward is watching his students change their behaviors and interaction with each other.

"The philosophy and passion behind my whole career are to be able to just make a difference and show kids how to do the right thing," said Doehr.