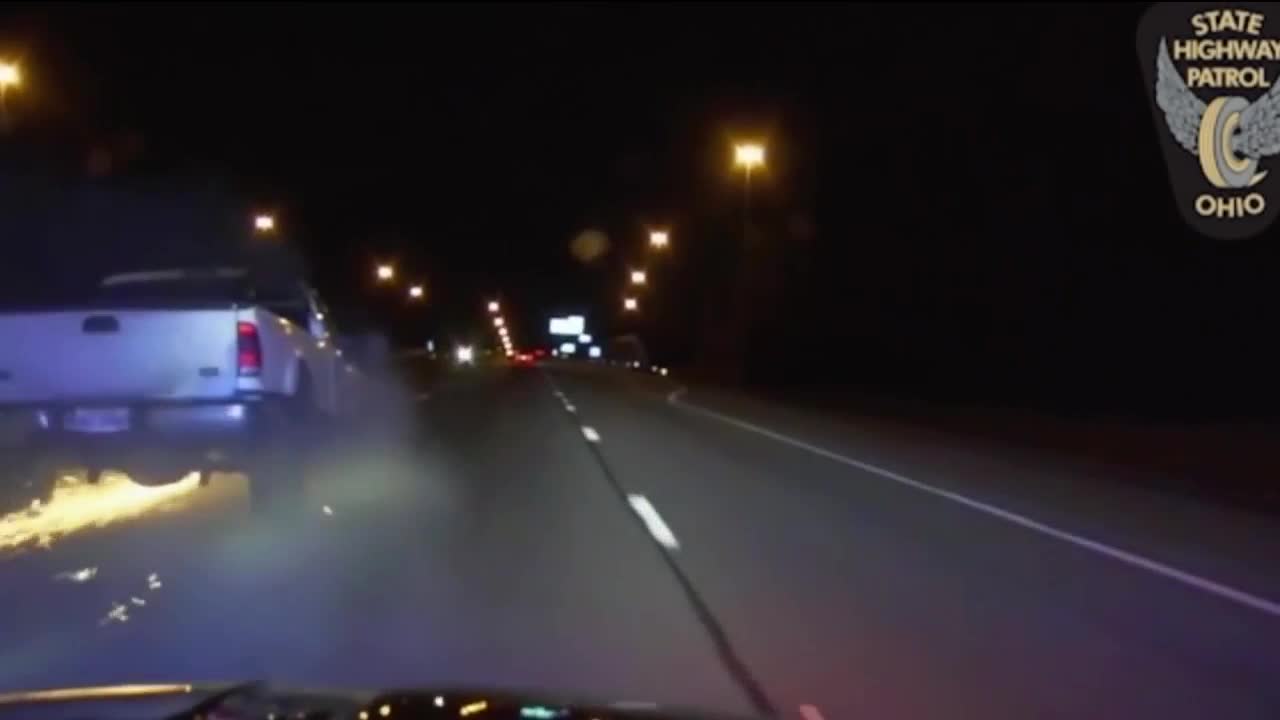 A 50-mile chase across three counties left a state trooper injured and a cruiser severely damaged when the reckless driver rammed the trooper at one point during the chase. Troopers used spike strips to stop the driver, who is now in custody. 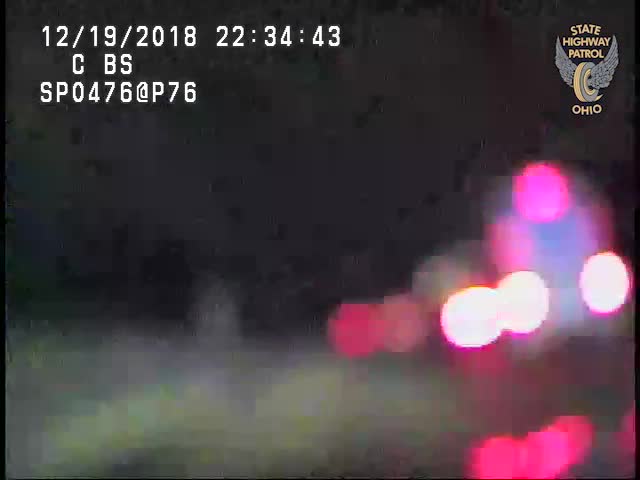 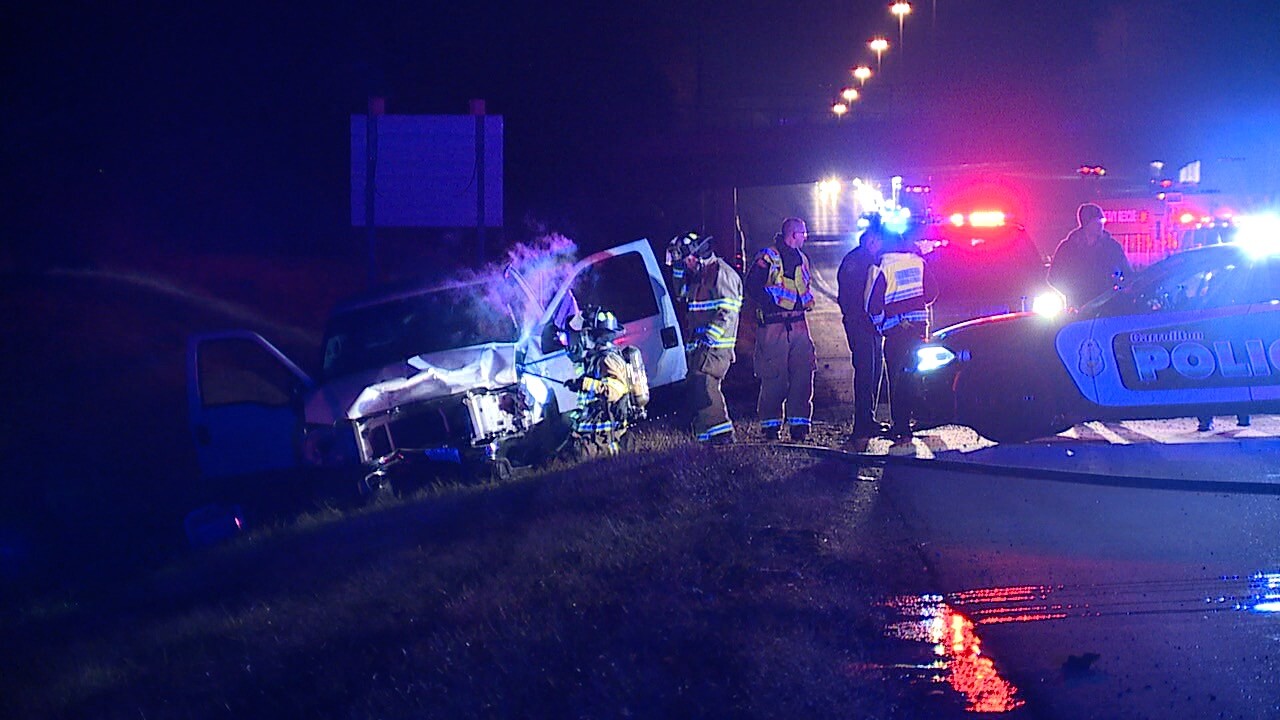 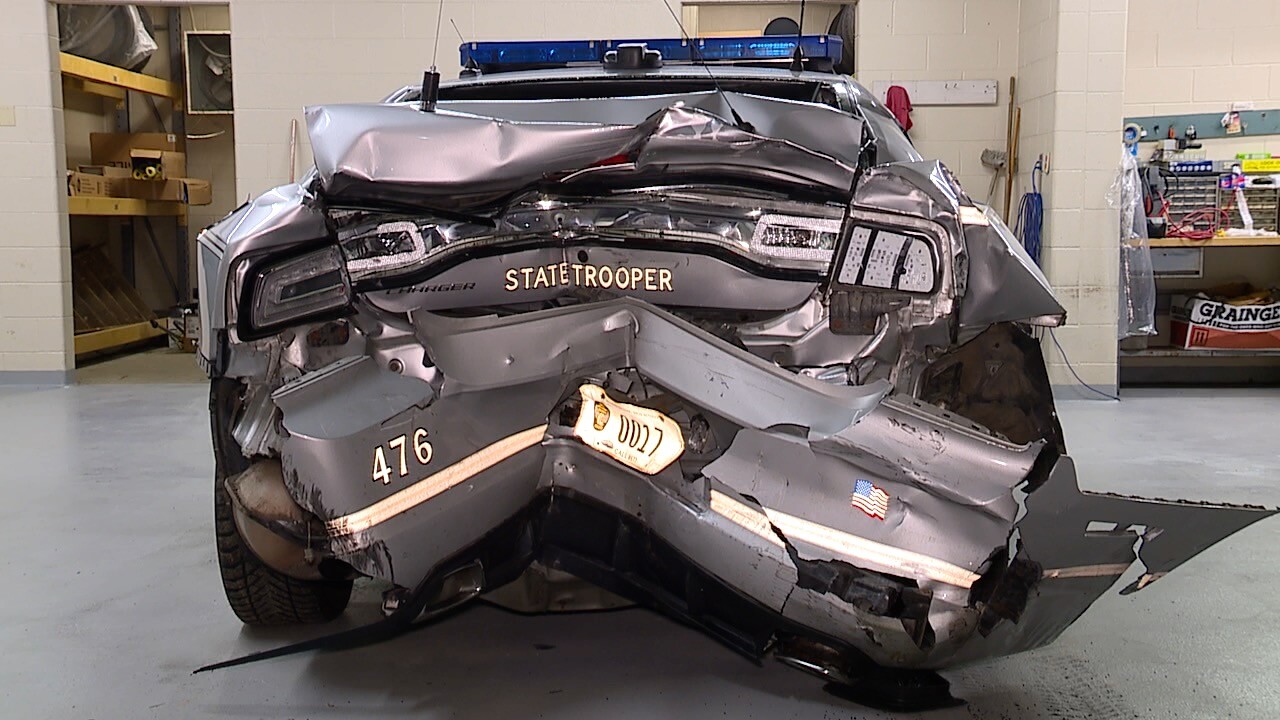 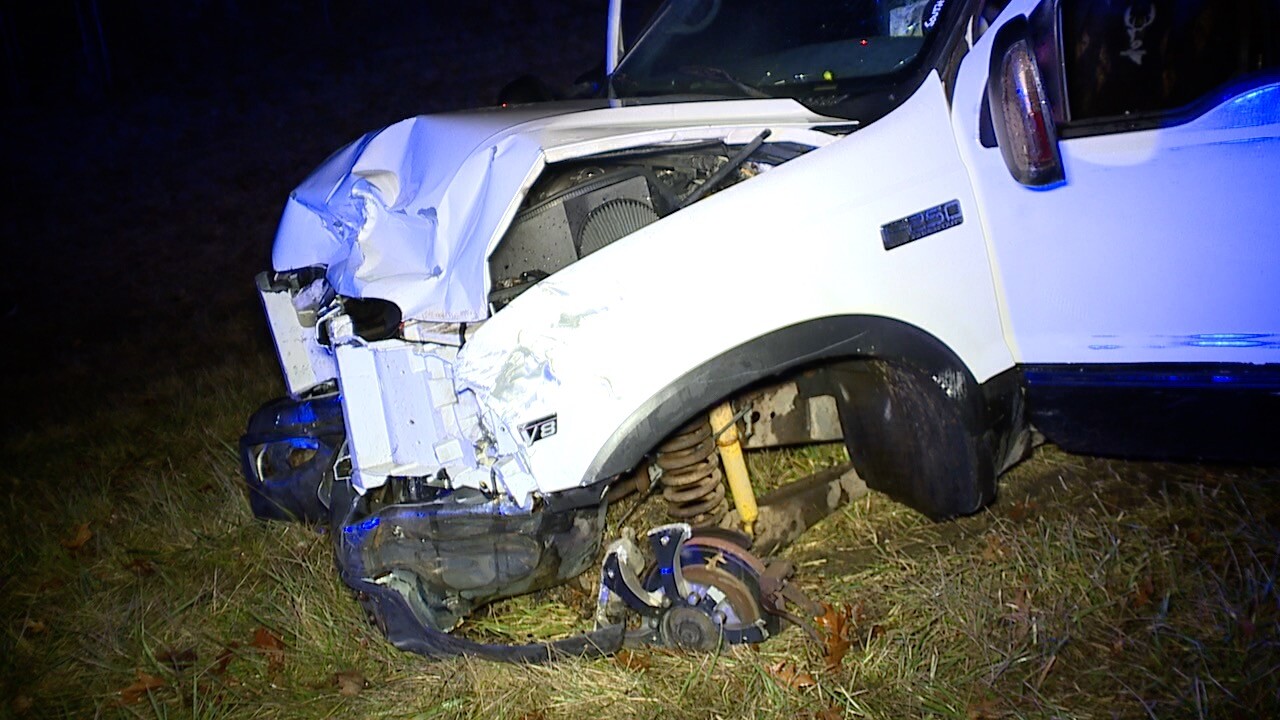 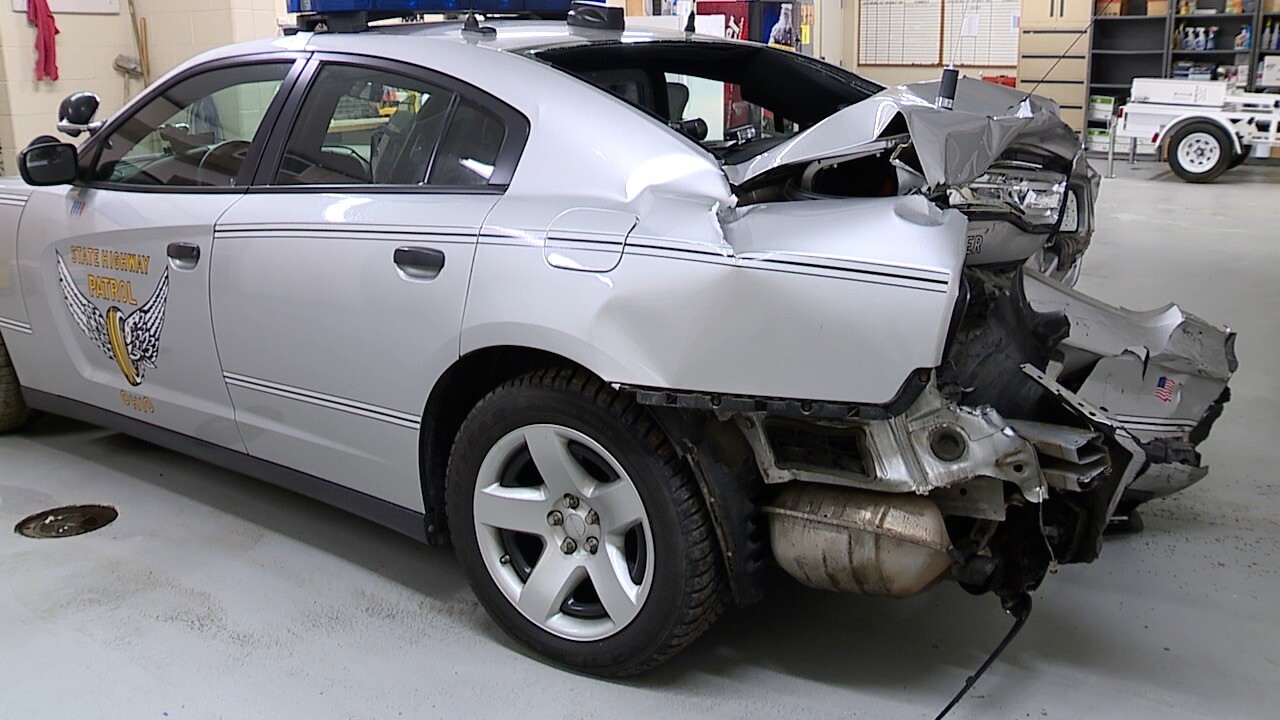 CARROLLTON, Ohio — A 50-mile chase across three counties left a state trooper injured and a cruiser severely damaged when the reckless driver rammed the trooper at one point during the chase. Authorities used spike strips to stop the driver, who is now in custody.

The chase started in Carrollton after the driver of a Ford F-250 truck, later identified as 23-year-old Tristen Shepherd of Sherrodsville, pulled out of gas station and was driving recklessly in front of a local police officer, according to an Ohio State Highway Patrol official at the scene.

OSHP got involved in the chase as they headed towards Canton and they were notified by Canton police, according to Lt. Leo Shirkey with OSHP.

Canton Police deployed spike strips at SR-43 and US-30, deflating the truck’s two front tries, Shirkey said. Shepherd kept driving on US-30 West and then I-77 North.

Once Shepherd got to the area around the Akron Canton Airport, troopers positioned a rolling roadblock, according to Shirkey. An OSHP trooper merged to get in front of the chase at Route 62 and I-77 North. The driver rammed the trooper at a high rate of speed and continued north on I-77. The trooper sustained a back injury and was taken to the hospital. The damage to the trooper’s cruiser was so severe that it broke the cage behind the driver and cracked the hard plastic rear seat.

After the crash, Shepherd kept driving, Shirkey said. A trooper attempted a PIT maneuver several times and was finally successful in spinning the truck out near the South Arlington Road exit overpass along I-77 North, officials said.

Shepherd was arrested and taken back to Carrol County, Shirkey said. OSHP is filing the following charges against Shepherd: fleeing and eluding, vehicular assault, OVI, reckless operation and driving under suspension.

According to Shirkey, speeds during the OSHP’s portion of the chase reached 75 to 80 mph.

In total, two OSHP cruisers and one Carrollton police cruiser were damaged. The injured trooper was released from the hospital.