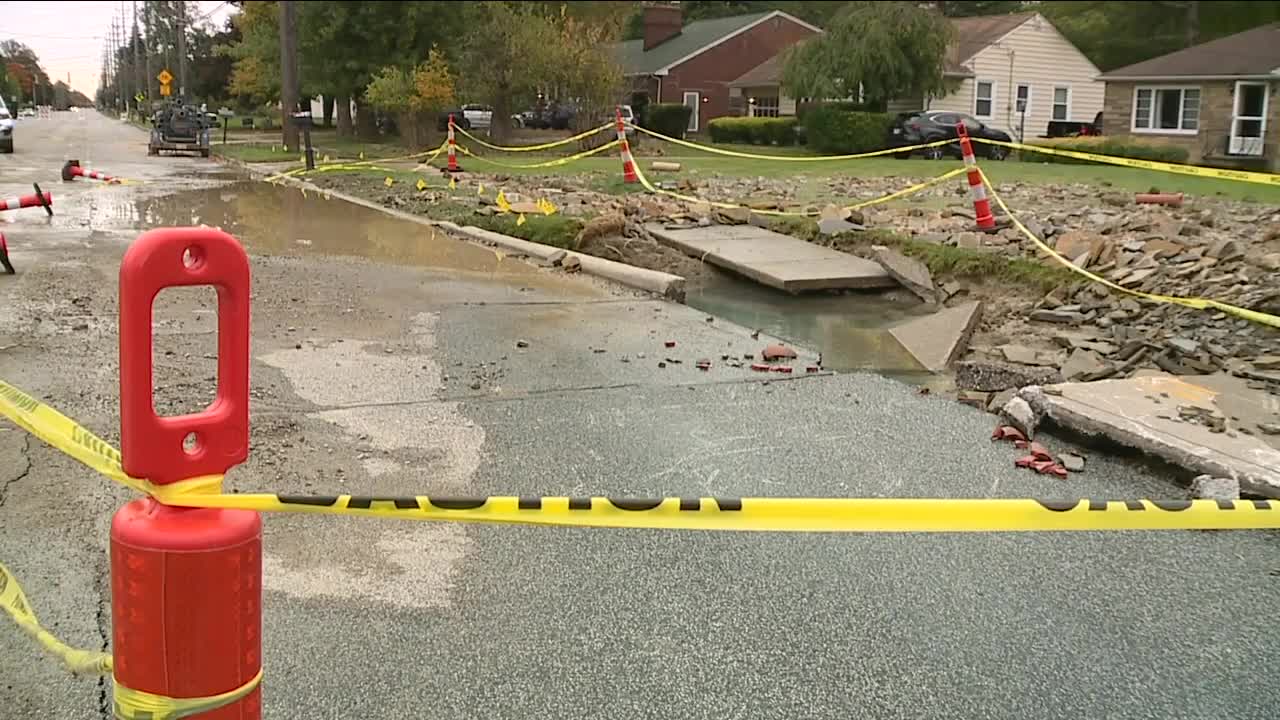 A water main break in Richmond Heights Saturday night has left residents in some surrounding neighborhoods and cities without water. 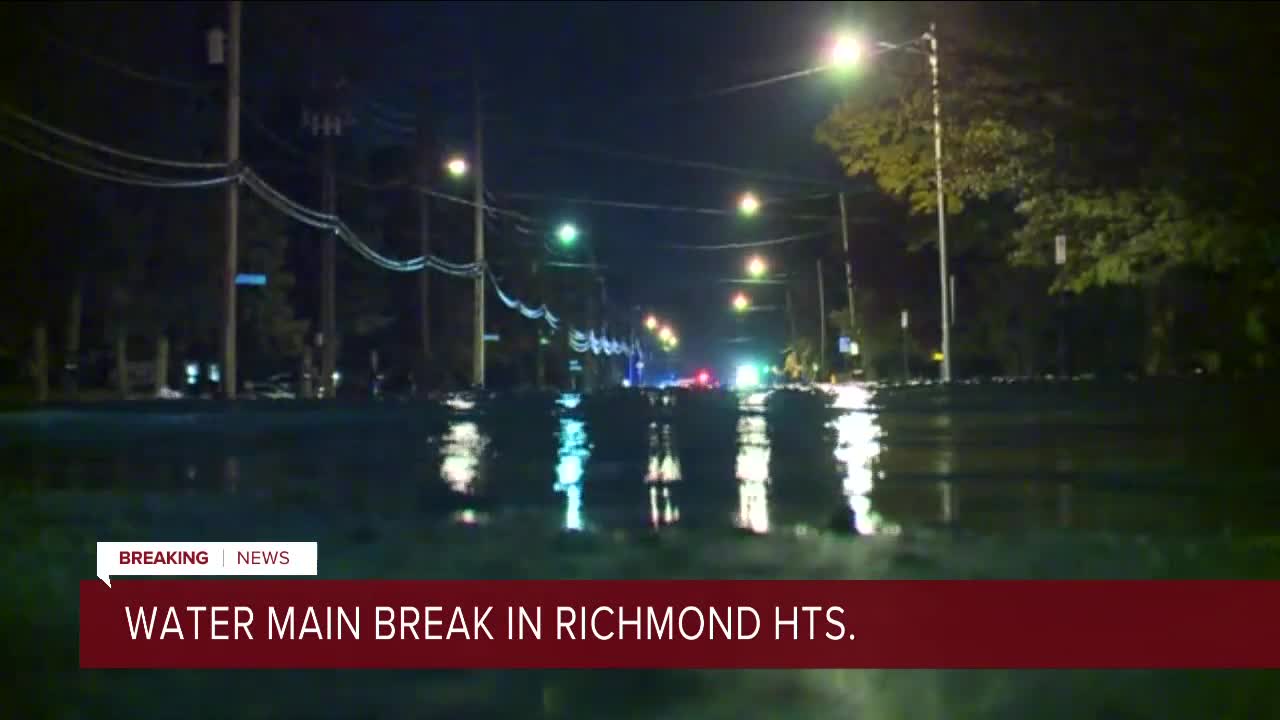 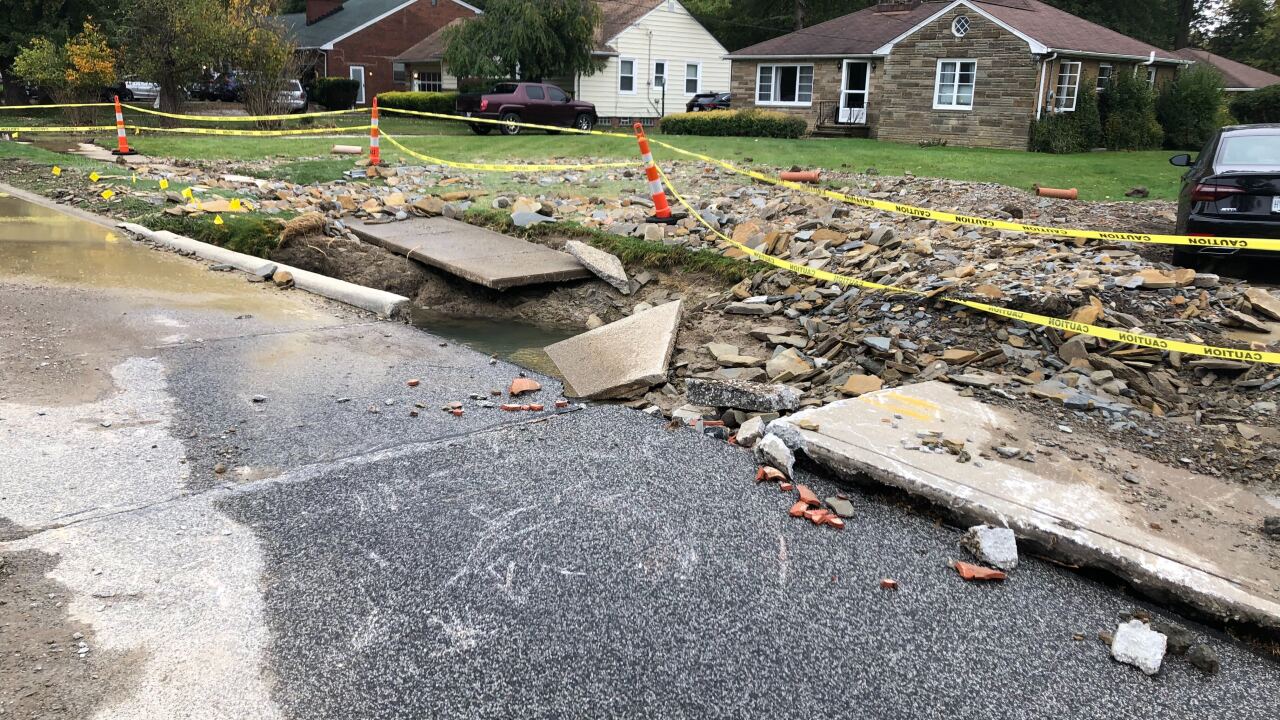 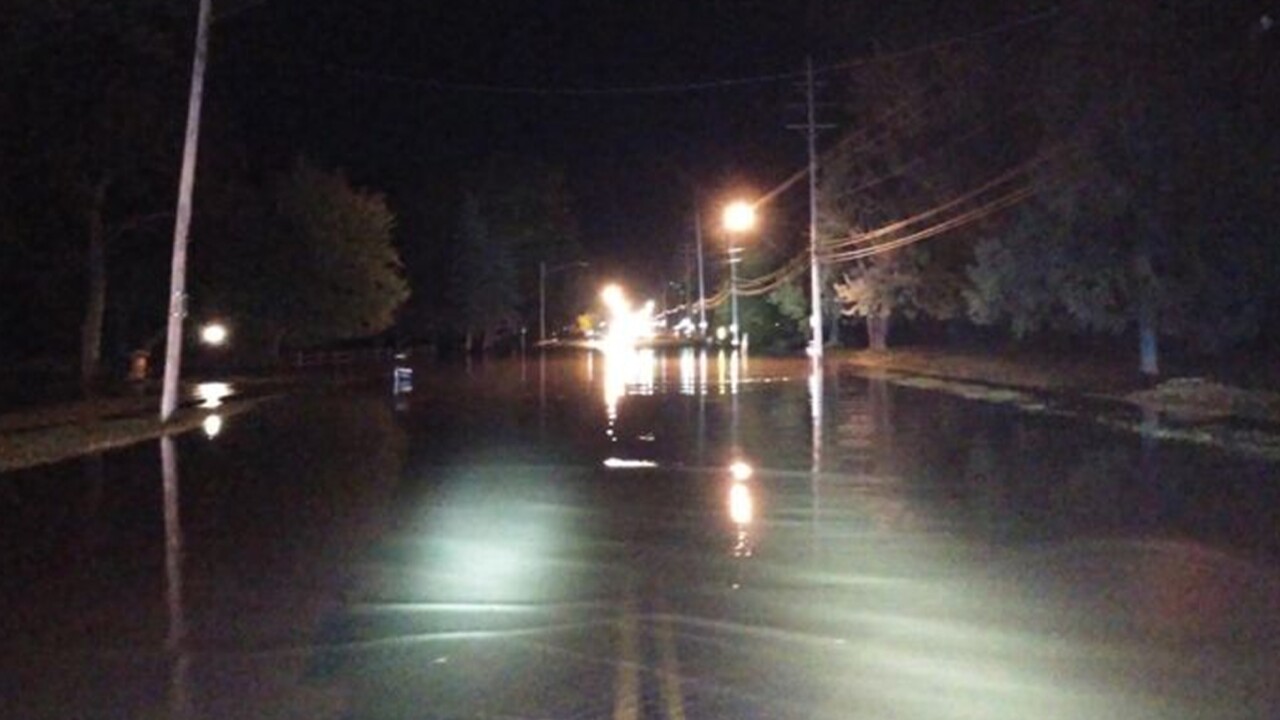 RICHMOND HEIGHTS, Ohio — A water main break in Richmond Heights Saturday night left residents in some surrounding neighborhoods and cities without water. A boil advisory was issued Saturday but lifted Monday morning after samples showed the water is safe to drink.

The water main break was on Highland Road between Hillcrest Drive and Trebisky Road. The westbound lane of Highland Road is expected to remain closed until noon Monday, according to the Richmond Heights Police Department.

Police ask that you avoid the area.

The Cleveland Water Department had crews on scene. According to the water department, the main break was causing a service outage and low pressure.

Cleveland Water Department Spokesperson John Goersmeyer said crews were working to locate and isolate the break. He also noted that the department was experiencing a technical issue with its phone lines, but the issue has been resolved. Calls are being answered again.

News 5 viewers in Richmond Heights, University Heights, Mayfield Village, South Euclid and Lyndhurst reported that their water was not working over the weekend.

The advisory was lifted Monday morning, according to Cleveland Water. At 8:30 a.m., results from water samples taken Sunday showed no pathogens are present, and the water is safe to drink and use as normal.

This isn't the first water main break in that area this year.

In July, a water main break in South Euclid impacted thousands in that same area.

For more information about the water boil advisory, CLICK HERE.