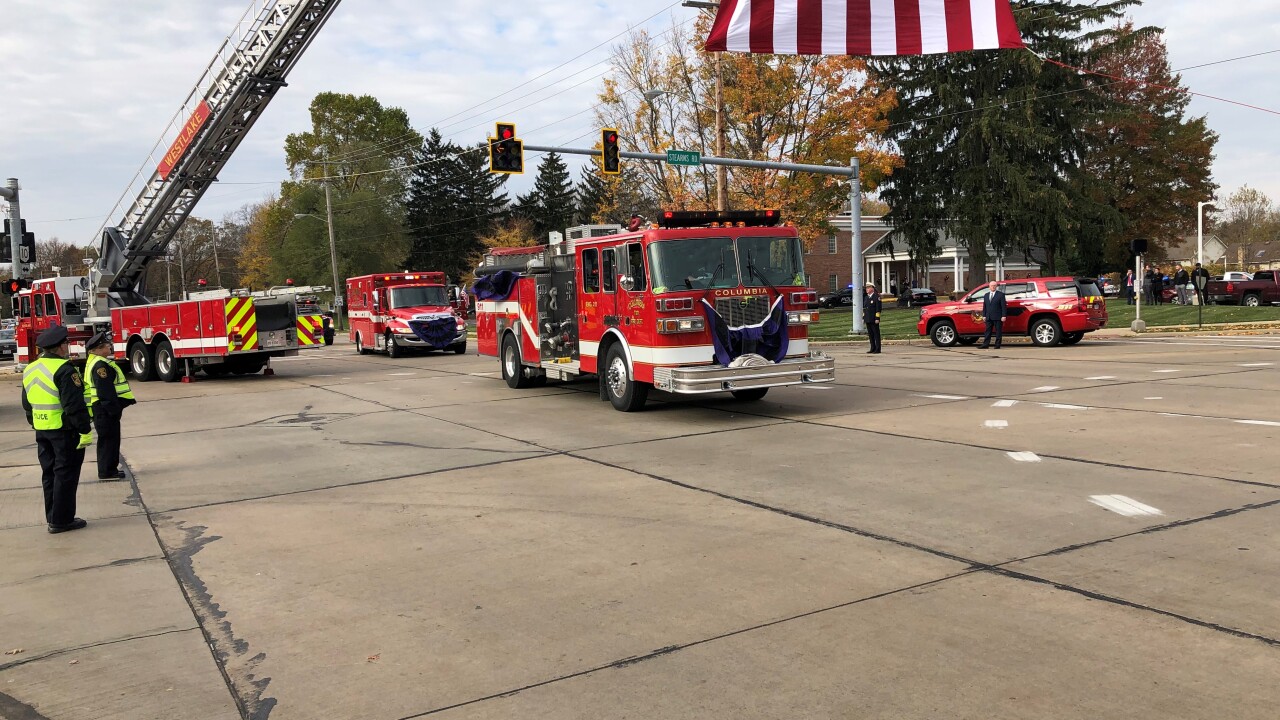 Wilson died while trying to help two victims of a car crash Sunday.

The car struck a utility pole on Sprague Road in Columbia Township. The impact broke the pole in half and knocked down power lines. The driver and passenger were shocked by the power lines when they got out of the car.

Wilson, who was off-duty, and his girlfriend overheard the crash and ran over to help, but were also shocked by the power lines. Wilson and the passenger of the vehicle died from their injuries.

Saturday morning, Columbia Station firefighters along with several other northeast Ohio fire and police departments gathered at Chambers Funeral Home in North Olmsted for Wilson’s funeral and a procession to Royalton Road Cemetery in his honor.