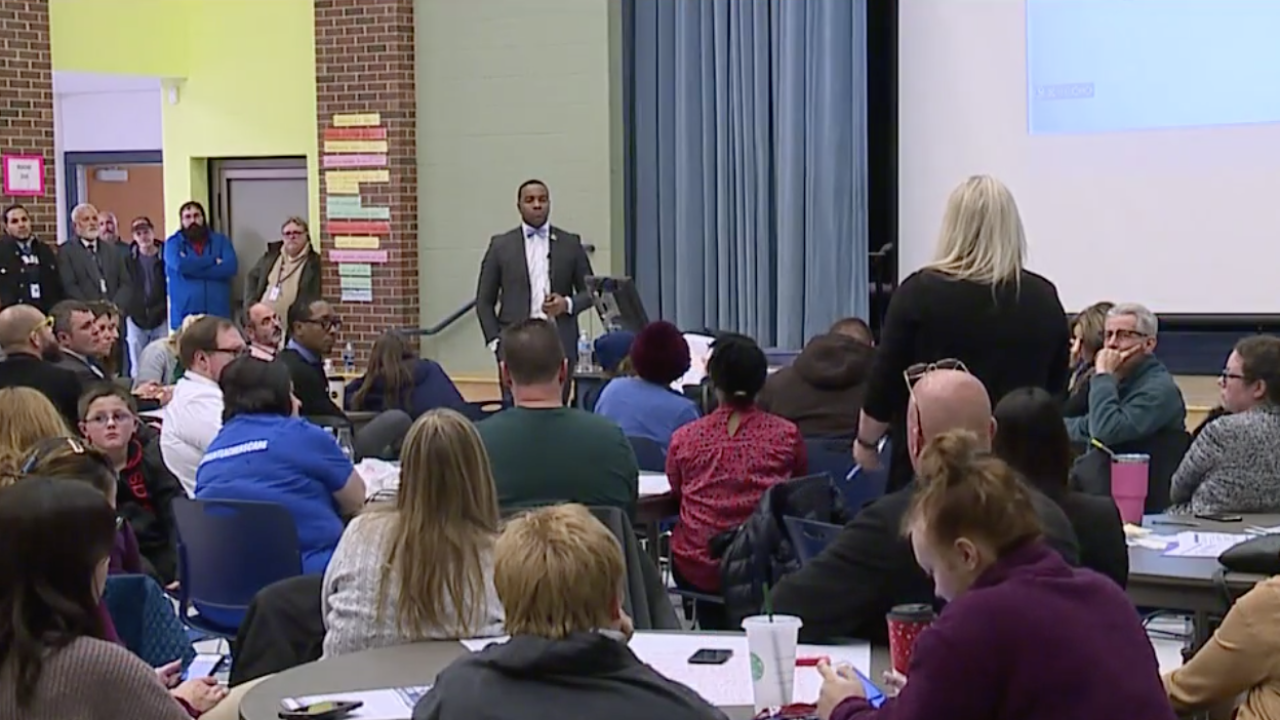 LORAIN, Ohio — The Lorain Schools are under state control, failing the state report card, and now some schools could be shut down and teachers laid off if progress isn't made.

"There is concern and there should be concern about the education of our children," said grandmother of a Lorain student Rhoda Lee.

But very few of those concerns were addressed in the Lorain City School District town hall meeting.

Instead the CEO of the district, David Hardy Jr., showed power points and video and had folks fill out work sheets. Some parents were furious.

"I thought we were going to be talking about the challenges and how we can do things in this community to correct some of the problems that we have in our school district," said Lee.

With just minutes left in the scheduled meeting, folks just started yelling out what they came to say. Hardy did address a few of them, but promptly ended the meeting and refused to answer News 5's questions afterwards.

With the state takeover more than a year and a half old and Hardy being appointed as CEO, the district is still graded an F. All of this while teachers and parents in Lorain and around Ohio fight to put a stop to the state taking control of failing schools.