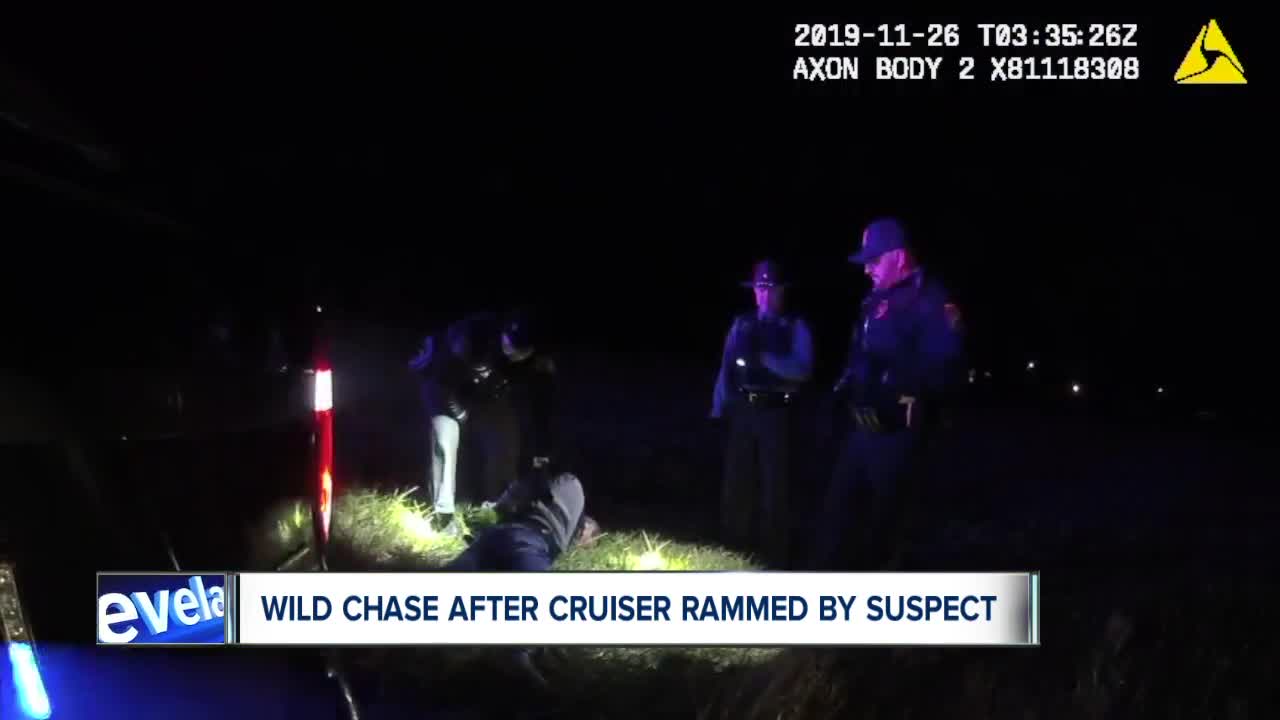 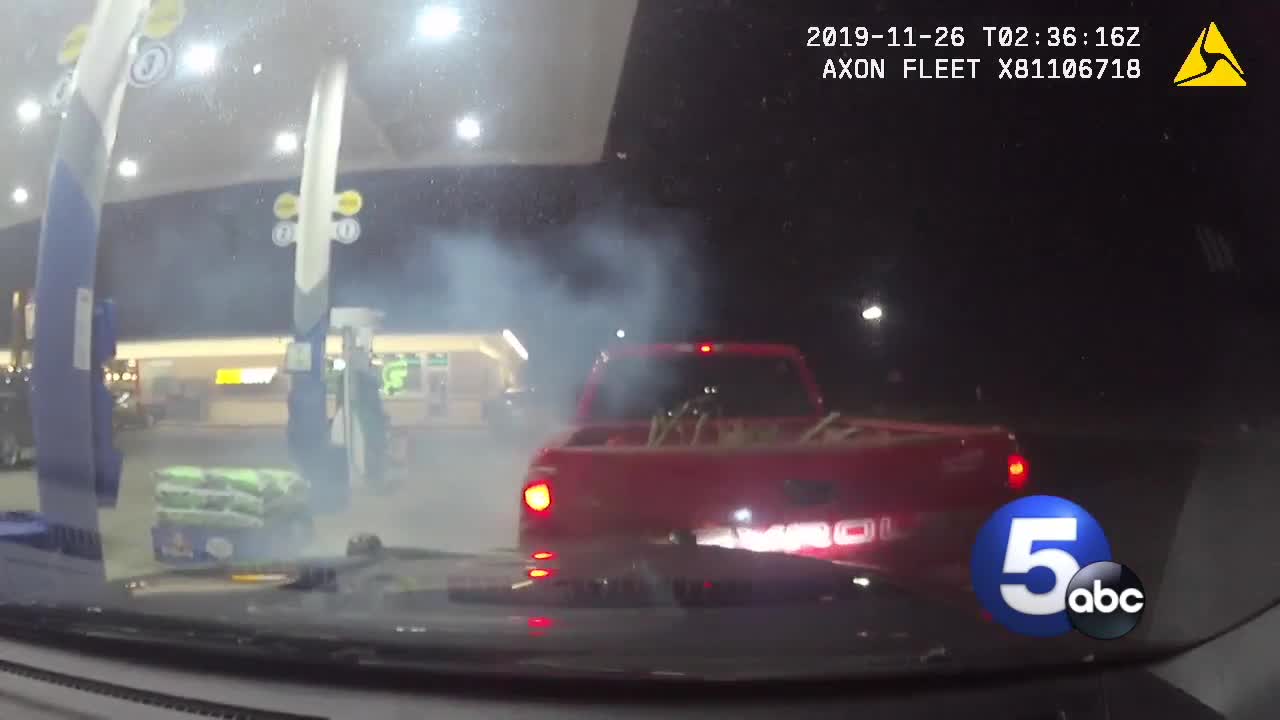 MASSILLON, Ohio — A man who was later identified as a suspect in at least one smash-and-grab theft from a jewelry store in Massillon crashed his truck into a Wayne County Sheriff’s Office sergeant’s cruiser twice before leading multiple agencies on a high-speed chase that ended with he crashed his truck into a ditch and had to be revived with Narcan before being taken to the hospital and eventually booked into jail.

At about 9:35 p.m. Monday, a sergeant was on patrol in Sugar Creek Township when he conducted a random registration check on a pick-up truck at a gas station, according to a Wayne County Sheriff’s Office report. The license plate was registered to a different vehicle, and the owner had a suspended license.

As the sergeant approached the vehicle, the vehicle sped off, circled around the gas pumps and rear-ended the sergeant’s cruiser, the report states. It then circled back around and smashed into the front of the cruiser.

The truck then sped away from the gas station, and the sergeant activated his lights and sirens and began to pursue it, the report states. During the pursuit, the truck ran a stop light, drove through multiple stop signs, traveled at speeds over 80 mph, and crossed into Stark County. Two other officers joined the pursuit.

At one point, the passenger in the car was seen throwing what looked like small baggies from the car.

When the truck drove through Massillon, Massillon police threw out a spike strip that got the tires of the truck, the report states.

The driver then went up onto the sidewalk on Erie Street in Massillon to avoid barricades placed on the closed road at Lincolnway, the report continues. The truck then cut trough the grass, ran over a fence and continued onto SR-21, driving the wrong way.

Ohio State Highway Patrol continued the pursuit and chased the truck onto Warmington Road, the report states. The truck then crashed into a ditch.

The driver, identified as Walter Ferryman, was taken into custody, along with the female passenger, the report states.

Ferryman then overdosed on what authorities believed was heroin, the report states. Deputies used Narcan on him twice to revive him. His female passenger told deputies that she saw him put his hand to his mouth, and believed he ingested drugs at that time. She also said he had her throw items from his cigarette pack out of the window.

Ferryman was taken to a nearby hospital, the report states. He was booked into Wayne County Jail once he was released from the hospital.

The truck was determined to have been stolen from Massillon.

Massillon police confirmed Ferryman had an active warrant for breaking and entering a Kay Jewelers late last month. He is charged in that incident and considered a suspect in several other recent smash and grab thefts in the area.

A second suspect in the Kay Jewelers theft was also arrested early Monday morning after a pursuit with Jackson Towship police, authorities told News 5. That chase went into Massillon and ended when the suspect, identified as Michael Gresser, jumped out of the vehicle and was captured with the help of a police K-9.