What you need to know about charitable donations and your taxes 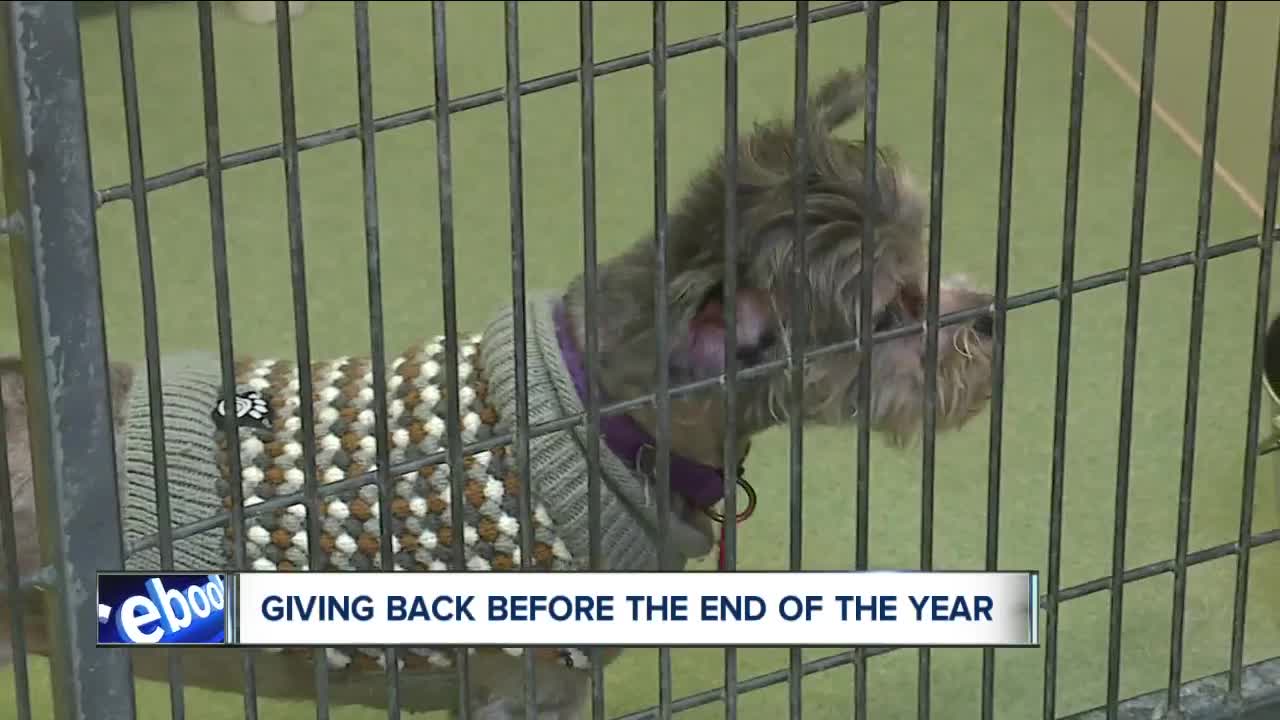 New Year’s Eve is the last day to make charitable donations that can count toward the year 2019. 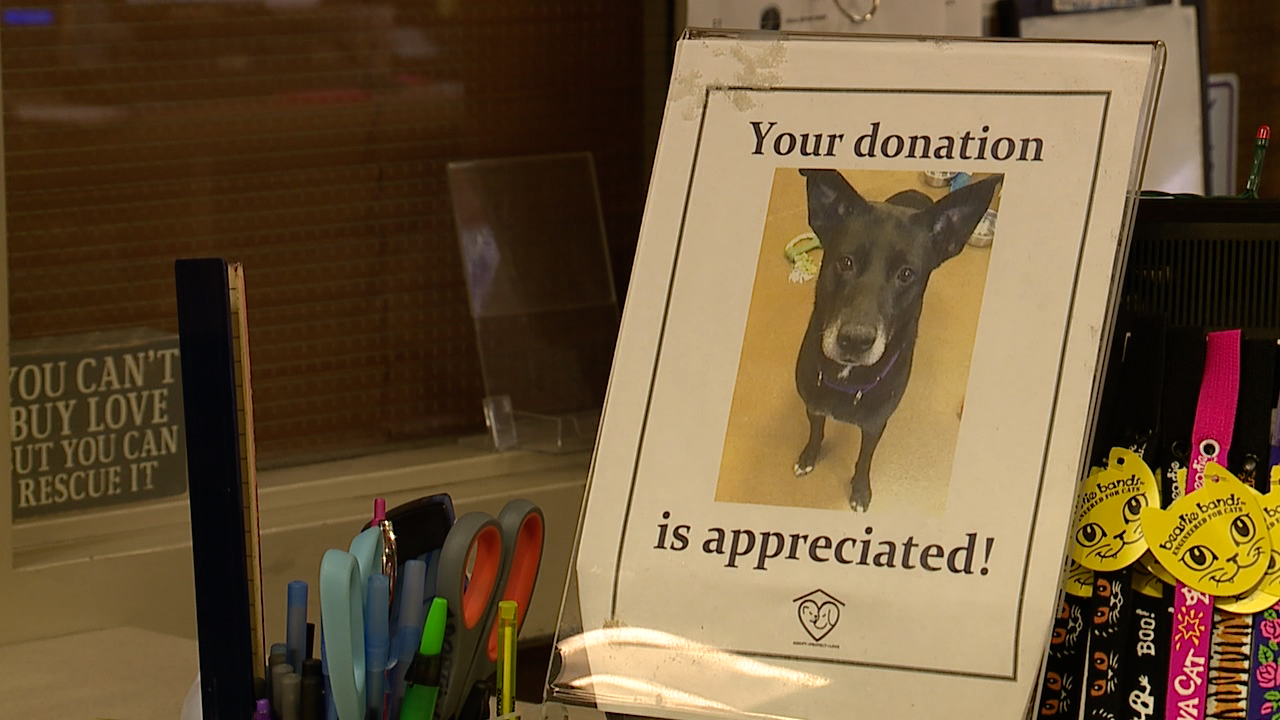 CLEVELAND — New Year’s Eve is the last day to make charitable donations that can count toward the year 2019.

With changes to the tax code that went into effect in 2018, some charities in northeast Ohio saw a dip in donations last year, but they’re hoping this year will end up better.

How nonprofits are handling it

For the Greater Cleveland Food Bank and the Cleveland Animal Protective League, the end of the year is a busy time. The Food Bank said New Year’s Eve is the biggest day of the year for charitable donations, and about 25 percent of the Food Bank’s fundraising revenue for the year comes in during the month of December.

“A lot of people are thinking about the less fortunate at the holiday season and this is the time of year they choose to donate,” said Kristin Warzocha, president and CEO of the Food Bank.

Last December, Warzocha said, “was really difficult for us.” She cited the tax code changes as a possible reason, as well as a plummeting stock market last year.

“The good news is the stock market’s in a better place this year and we are not feeling that decrease that we saw last year,” Warzocha said. “So hopefully things are going up and this is going to be a great year for us.”

Over at the Cleveland APL, about three-quarters of the nonprofit’s funding comes from donations, most of that from individuals. Sharon Harvey, the APL’s president and CEO, said there was a dip in donations last year at the end of the year.

“I think in general last year, our support through donations was good, but we did not see as strong of a year-end as we usually see,” Harvey said. “I think part of that was some of the uncertainty around the tax law changes, as well as the year-end government shutdown. There were a lot of individuals and families who ordinarily would donate to charity because they care about it, but they were just trying to take care of themselves. All of those things, I think, created some uncertainty that definitely impacted charities, and the APL among them.”

Like the Food Bank, the APL won’t know for sure how 2019 ended up until after the new year.

“We’re hoping that with everybody having gone through it once before that maybe we’ll come in a little stronger again,” Harvey said.

Harvey said that with some people choosing to bunch donations in one year rather than spread them out over several years, the APL may have to revise its expectations and budget strategies.

“For people who are going to continue to itemize deductions, who the tax laws haven’t affected their ability to itemize, their giving is going to stay the same,” Harvey said. “For people who have never itemized deductions and they’re supporting a charity because they believe in it, their giving is going to continue to be the same as long as they’re able to take care of themselves. It’s those people in the middle that have been affected by the ability to itemize, and they have been advised to use something called donor-advised funds that do allow you to bunch donations in a year and get the advantage of itemizing deductions.”

That can be challenging for the charity receiving those funds, Harvey said.

“We’ve typically been able to predict what our giving patterns are going to be and budget accordingly,” Harvey said. “This is going to create kind of larger peaks and valleys in charitable giving that it’s going to be hard to prepare for.”

The Food Bank said it has seen some contributions come out of donor-advised funds this year and that it should help the organization.

“Something like that is hard to anticipate,” Warzocha said. “When we’re budgeting fundraising revenue for the year and the month of December alone, we’re looking at history, we’re looking at overall gifts and we’re trying to capture donor trends where we can, but the fact is that a lot of it is just crossing our fingers and holding our breath, and making sure we don’t forget to ask and then thanking donors appropriately when they give.”

Harvey said no matter the reason someone donates, whether it’s a tax incentive or not, the APL is “deeply grateful for the people who believe in the Cleveland APL and our mission.”

For people hoping to make one last donation in 2019 on New Year’s Eve, Jim Lineweaver, a Certified Financial Planner, said it’s not too late.

He said people could even go to Goodwill on New Year’s Eve and get a receipt with that date that could count for 2019 deductions.

“It was very easy for people to itemize in the past,” Lineweaver said.

Because a lot of people are now taking standard deductions, which nearly doubled under the new tax code changes, fewer people are reaching the threshold to itemize deductions, and that means they may not be getting the tax benefits of a donation, Lineweaver said.

“They can make a donation to a charity and it’s great to help out a charity and emotionally, it can be great to help yourself as well, but you might not get a tax deduction out of it,” Lineweaver said. “This is where you really need to sit down with an accountant or a professional and try to take your charitable contributions, bunch those together with your medical deductions and your state and local taxes into one year, and if you can get over this threshold of the standard deductions, then you’ll be able to benefit not only the charity but benefit yourself from a tax standpoint.”

One way to do that is by setting up a donor-advised fund, Lineweaver said, in which someone can contribute money to a fund that helps put the person over the threshold for itemized deductions in one year. Then, the money grows tax-deferred and can be invested. As long as it is paid out to an IRS-qualified charity, Lineweaver said, it can be distributed tax-free to the charity of your choice in years to come.

“Donor-advised funds can be a great option for people that might not know which charity they want to benefit today,” Lineweaver said.

Lineweaver said the tax code changes did hurt some of the charities he worked with initially.

“If people weren’t getting the write-off and their standard deductions went so high, you’d like to think that people would still contribute just for the nature of trying to help out those other charities and organizations,” Lineweaver said. “However, they did take a hit because they weren’t able to get those write-offs like they used to in the past.”

This year, Lineweaver said he’s seen charitable giving pick up again toward the end of the year because the stock market did so well. Some people are now gifting “highly appreciated assets” like stocks, mutual funds or ETFs directly to charities.