TODAY AT 5:30PM: News 5 presents 'Safely Back to School,' a half-hour special report
NewsLocal News“What’s Going on With…” 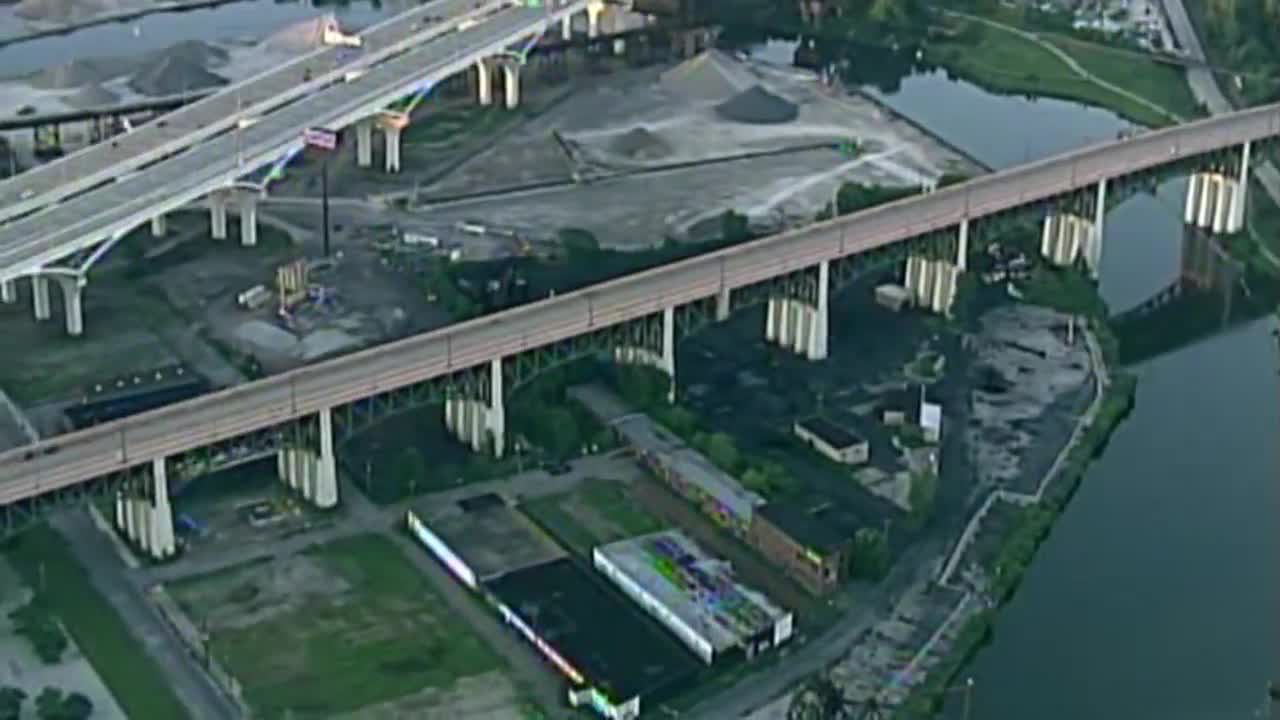 “Flat’s South” was largely reintroduced to Cleveland this week with the news that Cleveland Whiskey landed a long-term lease in an old building along the Cuyahoga River. It’s the most recent and biggest splash in an effort to revitalize the area under the Innerbelt Freeway and Hope Memorial Bridge. 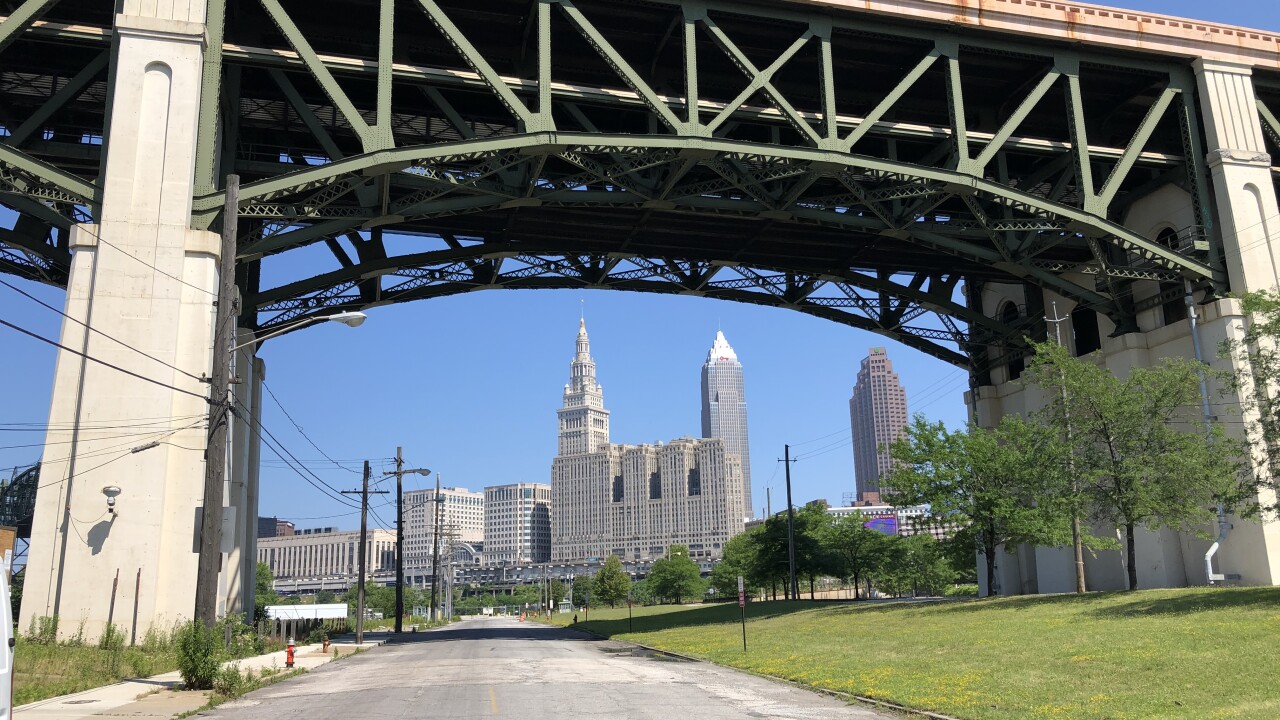 CLEVELAND — “Flats South” was largely reintroduced to Cleveland this week with the news that Cleveland Whiskey landed a long-term lease in an old building along the Cuyahoga River.

It’s the most recent and biggest splash in an effort to revitalize the area under the Innerbelt Freeway and Hope Memorial Bridge dating back to 2016. That’s when Flats South Cleveland, led by developers Joel Scheer and Rico Pietro, bought up seven acres of mostly vacant buildings and lots.

A year ago, 3 Barn Doors, a custom furniture company owned by Aaron Cunningham, moved into one warehouse, making it a space for other artists to rent space and do their work.

“Just the whole vibe of everything says Cleveland,” said Cunningham, talking about his space and the old industrial buildings around it.

The only neighbors he’s had for the better part of a year are the ones he’s brought in himself. Artists have already decorated the walls, and other workspaces are still being built out.

Cunningham’s workspace also has a projector screen set up with a two-story clubhouse built from a shipping container set up much like a living room.

“I want the whole building to have this vibe,” said Cunningham. My wife and kids come to work a lot and I can just close the door and my son can watch me through the glass.”

Eventually, Cunningham says he’ll fix up a small upstairs space to be a condo, or AirBNB listing. A door to the building's rooftop puts visitors directly under the Hope Memorial Bridge in the view of one of the bridge’s Transportation Guardians.

“You’ve got Progressive field and you got Rocket Mortgage Field House and the casino,” said Cunningham on the roof. “Then at night, this bridge lights up and all the different colors and it’s just super unique.”

The secondary benefit is that when entertainment venues, restaurants, and other businesses move into the rest of Flats South, Cunningham says the small maker community he’s created and will keep growing and will be ready to work.

“You can get all these creative types together that are good at what they do, they can build some incredible things and the vibe you can create can be pretty cool,” said Cunningham.

Cleveland Whiskey is betting on it.

Founder Tom Lix says the new space gives him 10 times the space, 20 times the production capacity and will allow him to drastically expand the experience visitors get at his location.

The second floor is supposed to be a restaurant and bar, supplied from a kitchen on the first floor. There will also be a gift shop, tasting area, and tours of the roughly 400 feet of whiskey distilling equipment that will eventually fill the huge space.

The roof could one day hold solar panels, with a greenhouse nearby that uses the carbon dioxide that gets created during the distilling process.

“Flats South Bank” as seen from the Towpath Trail! This is such a prime location for redevelopment, and I’m so glad the Malcom building will be restored.

I just really hope the Eagle Ave bridge is rehabbed as part of this or that a new connection is made to cross the river. https://t.co/HSkvAQr9Mu pic.twitter.com/BwCa1suRU2

“The plan is to grow vegetables, fruits, and herbs that we will then serve in our kitchen,” said Lix.

The goal for Pietro and Scheer is to bring in a wide variety of businesses, attractions, and other reasons to be in Flats South while reusing many of the remaining buildings.

“At one time there were 200-300 of these properties sitting down there in the industrial valley,” said Pietro. “They’re not here anymore, so I think it’s our responsibility to breathe energy back into these properties and make sure they stick around.”

Lix is leaning into his role as a trailblazer for the neighborhood.

“I like to think that maybe we’re [going to be what] the Great Lakes Brewing was to Ohio City when it went in there,” said Lix. “Cleveland Whiskey will come in here and I think others will follow.”

It could be one of the early puzzle pieces to fall into place in what’s a much larger plan for the riverfront. There are already new trails along Scranton Peninsula, with work on the Red Line Greenway progressing this summer, and Irishtown Bend is ready for huge investment over the next year.

“For as long as I’ve been in Cleveland, the river has always been considered a negative,” said Pietro. “It’s been a step back. It’s hard to get to. It’s hard to access, you have to come in at the mouth of Lake Erie to use it for boating. I think the goals of a lot of the developers in down is to figure out a way to open up the river not only for the major industrialists that use it for their business but also for recreation purposes.”