Couple with NY license plate given note in FL: 'We don't (want) your virus, go back' 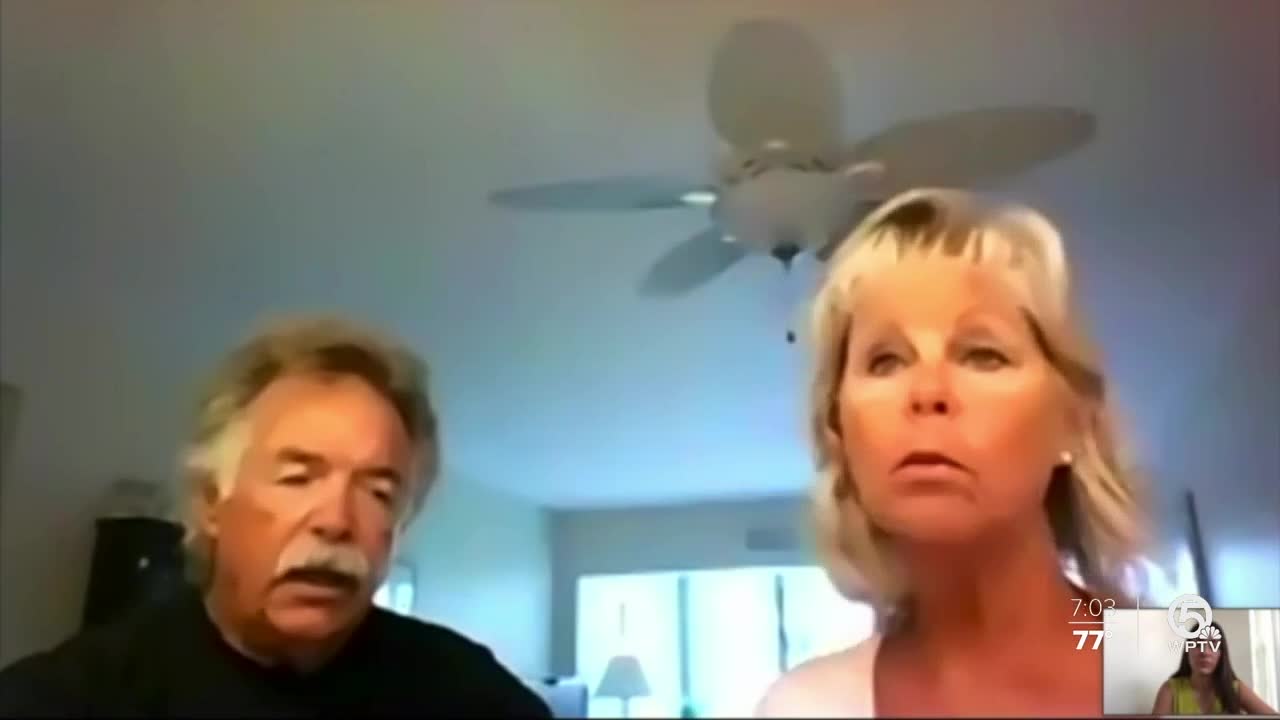 A Fort Pierce couple with a New York license plate said they were discriminated against while trying to find toilet paper last week. 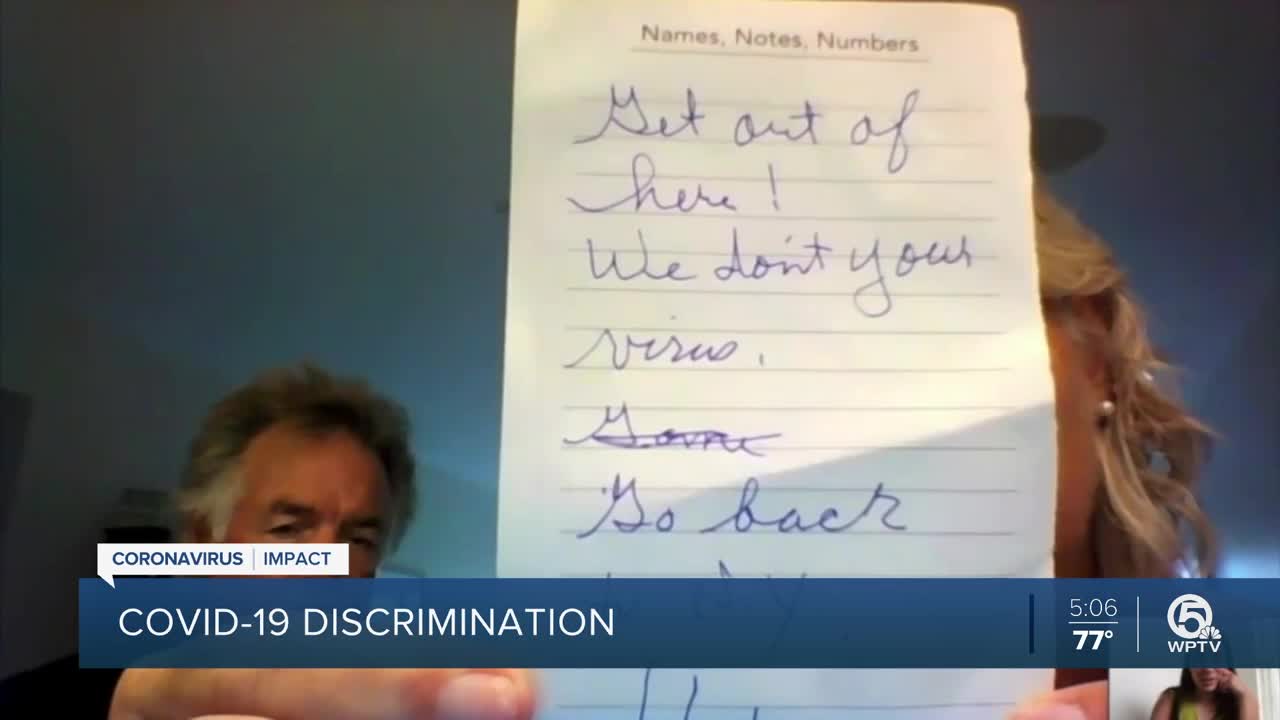 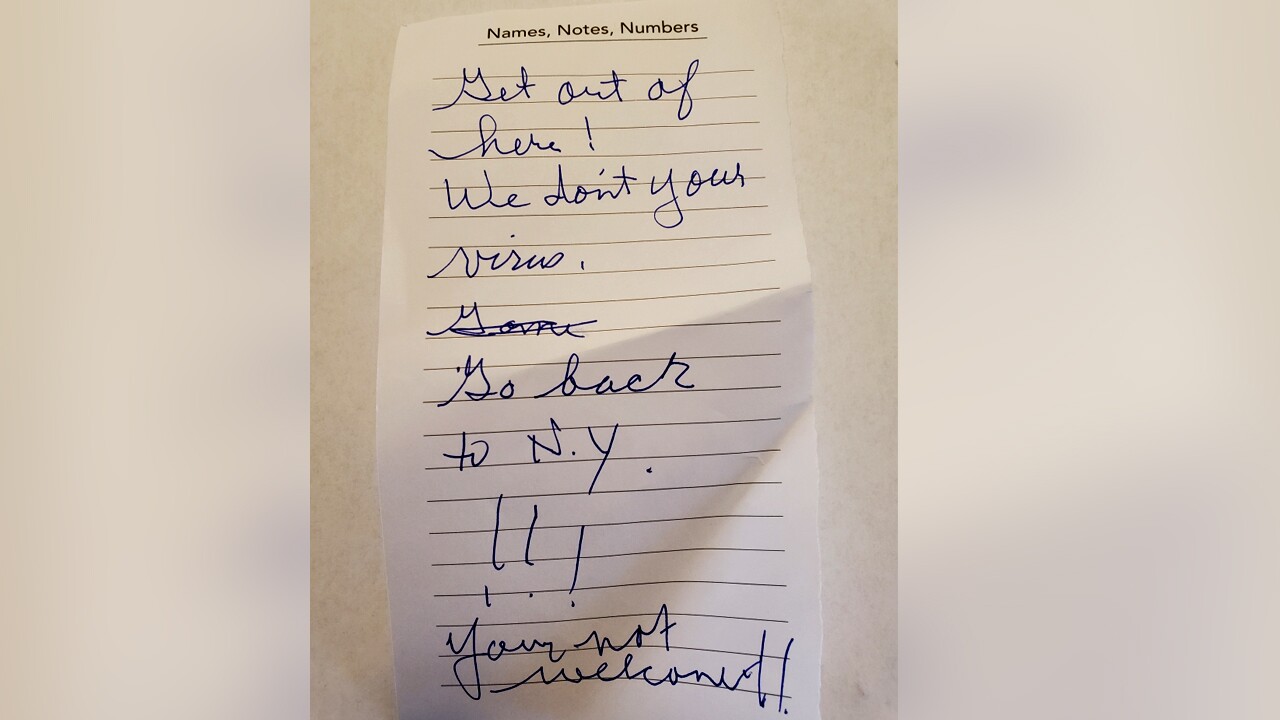 FORT PIERCE, Fla. -- A Florida couple with a New York license plate said they were discriminated against while trying to find toilet paper last week.

Sandra and Marshall Aykroyd spend half the year in New York and half the year at their home in Fort Pierce. They've been in Florida since January, but last week they were shocked when a woman approached their car while sitting in traffic.

"As we were sitting there, I could see out of the corner of my eye a woman get out of her car," said Sandra Aykroyd during a Zoom interview. "She took this paper and threw it in, and it said, 'Get out of here, we don't (want) your virus, go back to New York. You're not welcomed.'"

The Aykroyds said they were shocked and described the woman to be elderly. Sandra said she got out of the car and confronted her.

“I said, 'We live here.' We have a residence here, so I said, 'We've been down here since the beginning of January,' and she said, 'Well, we don't want you here,' and I said, 'How dare you?'" added Sandra Aykroyd.

She said she took down the license plate number and filed a report with the Fort Pierce Police Department.

The couple said they were shaking. Marshall Aykroyd said he thought she was asking for help, and instead were met with hatred.

"I think that what's going on can bring out the best and worst in people," said Marshall Aykroyd.

Farther south in Lake Worth, a Chinese-American dentist has faced similar discriminatory reactions.

Dr. Colleen Lam said she first took certain reactions as a joke. The first time she felt uncomfortable was before there were any reported coronavirus cases in the U.S., and the outbreak was primarily in China.

"Not sure if it was jokingly or serious. [I had a patient] ask if for Chinese New Year if I had any relatives that just came from China and if so, they wanted to reschedule their appointment," said Lam.

Lam wondered then if any of her other patients felt or thought the same. Then, a few weeks later, she said, she sneezed while waiting for maintenance work on her car. She said a woman waiting near her reacted.

"She looked at me and was about to say something," said Lam. "Instead she kind of covered her face and kind of walked away pretty fast."

Lam said she did not think much of those reactions but then started reading about attacks on other Asians in other states.

"The Asian community, I'll be honest, in bigger communities, are afraid, so just be smart, don't overreact and treat everyone like how you want to be treated," added Lam.

The Aykroyds are worried this will happen again to someone.

"I think the fear that is instilled in some can bring out the worst," said Sandra Aykroyd. "That's not how we treat people."

This story was originally published by Michelle Quesada at WPTV.